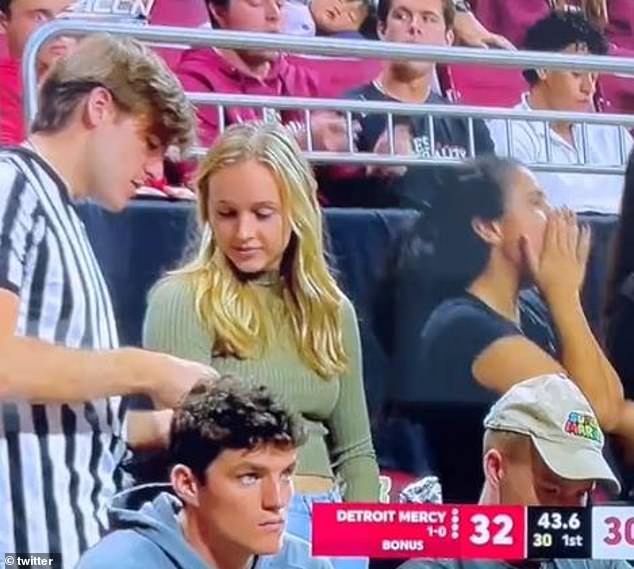 While the players were sparring on the court during a Detroit Mercy-Boston Eagles college basketball game, one sports fan flashed his Costco card in what appeared to be his way to win over a potential suitor.

The hilarious scene was captured by the ACC Network at the end of the first half of Friday’s men’s basketball game when Detroit Mercy was up 32-30 over their rival the  Boston Eagles.

The young man dressed in a black and white striped referee-style shirt is seen pulling his Costco card from his wallet before handing it over to the young woman, apparently trying to impress her though it is unclear what actually took place during their exchange.

In a video that went viral on Twittter,  the blonde-haired woman – dressed in a sage-green shirt and light blue jeans – looks awestruck mouthing the words, ‘Oh wow!’ as she is handed the Costo card.

As she continues to examine the plastic card up close she appears astounded.

During this Twitter-worthy moment many spectators- sitting in the stands – some standing up cheering – were unfazed by the apparent flirting taking place.

It is unclear if the young man ever did score and if fans would see them at a future college basketball game, but, the charming scene went wild on Twitter – with the video being retweeted 1,900 retweets and received 18,000 retweets, The New York Post reported. 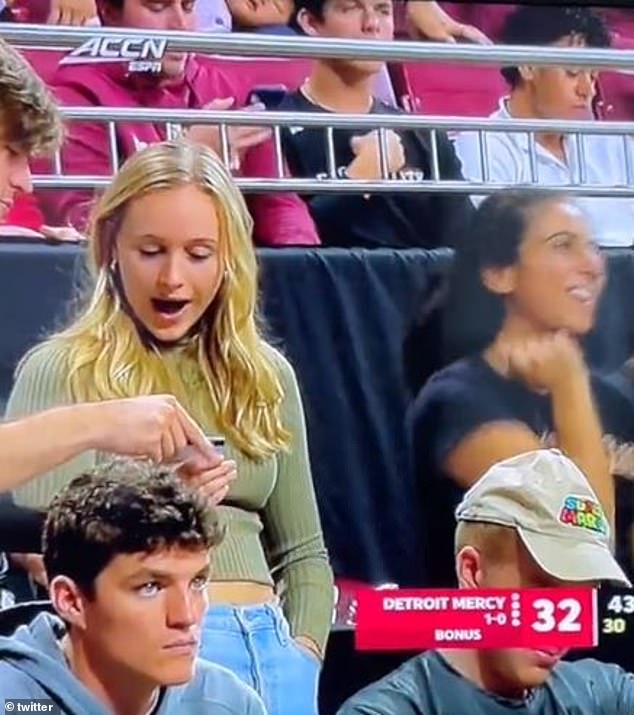 The blonde-haired woman  looks pleasantly surprised mouthing the words, ‘Oh wow!’ as she looks at the Costco card just handed to her 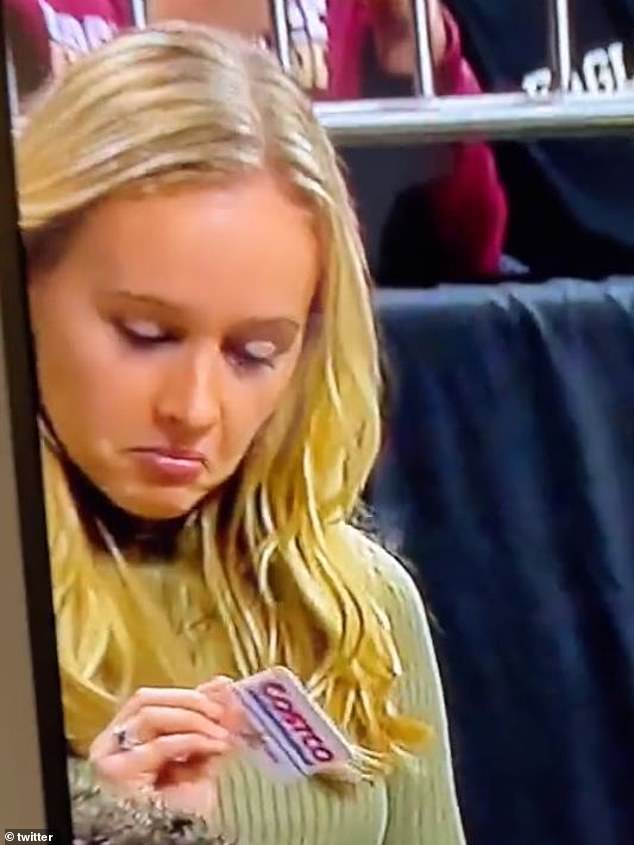 Many adoring fans reacted by calling the young man a ‘stud’ and calling his Costco card play a ‘power move.’

‘Flexing a Costco card might be the best pickup of all time,’ one person wrote.

Another said: ‘A man with his own Costco card. It says income. It says responsibility. That man is ready to be a boyfriend, a husband, a father. You lock that s**t down.’

Someone even commended the knight in shining armor stating: ‘Too many young guys out there keep getting horrible advice about how to get a girlfriend. All you need is a good attitude and a Costco card.’ 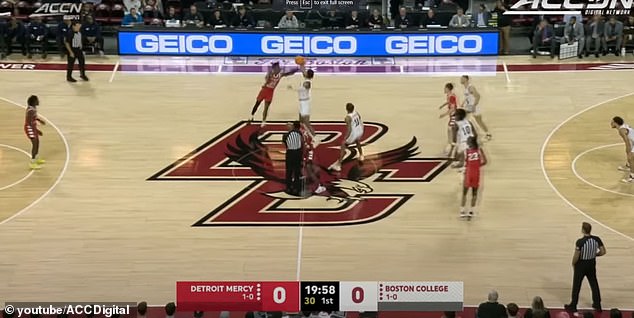 A scene of Friday’s college game Detroit versus Eagles. Many even went as far as calling the young man a ‘stud’ and calling his Costco card play a ‘power move’ 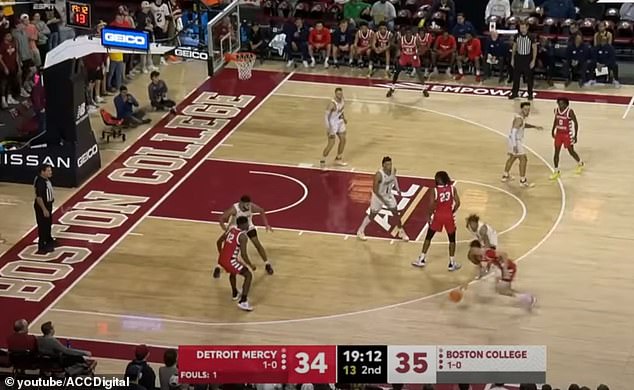 I’ve never felt so happy with my body than when wearing skin tight dresses...

Socceroos banned from saying two words ahead of 2022 Qatar World Cup opener versus...