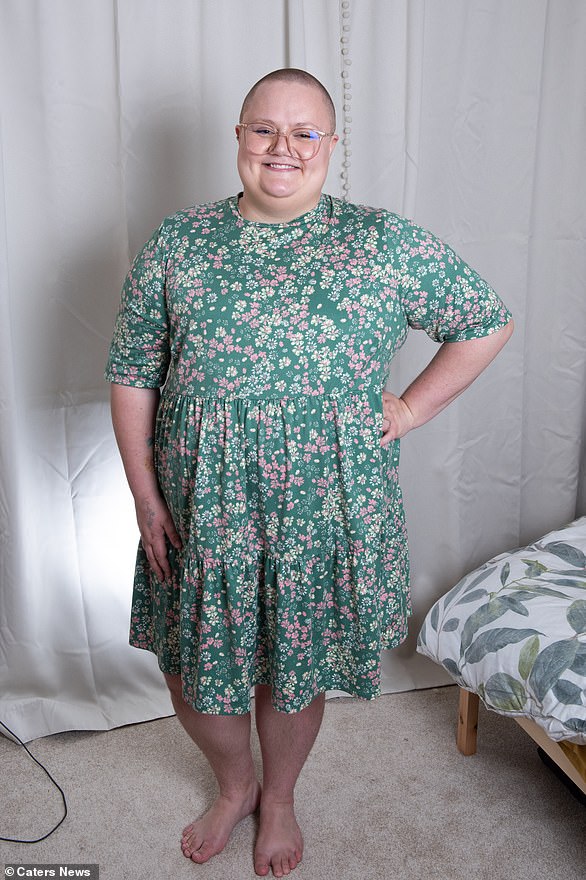 Sam, 26, decided to pay for private therapy sessions when she began to question her gender identity when she was just 21, after she was told she would have to wait two and a half years for an NHS appointment.

She was initially thrilled when she was given a private appointment, and after self-diagnosing herself as a trans man after doing research online, was given the go ahead to begin hormone therapy and undergo a double mastectomy after just two hour-long appointments with a doctor.

Just two years after she began the hormone treatment and after a double mastectomy, she began suffering health complications, and realised she did not want to go ahead with full gender reassignment surgery.

By the time her initial NHS appointment came through, she began to realise she had made a mistake – and told doctors she was now seeking help transitioning back to a woman.

Sam is now speaking out in a bid to help other people struggling with gender identity – and to warn them of the dangers of going through the process too quickly without proper therapeutic support.

Sam, from the Midlands, said: ‘I am now reconnecting with my natural body in the form it is in now and my life is about moving along.

‘I have the permanent effects of my journey but they don’t invalidate me as a woman.

Sam, 26, from the Midlands (pictured after detransitioning) decided to pay for private therapy sessions at 21 after she was told she would have to wait two and a half years for an NHS appointment 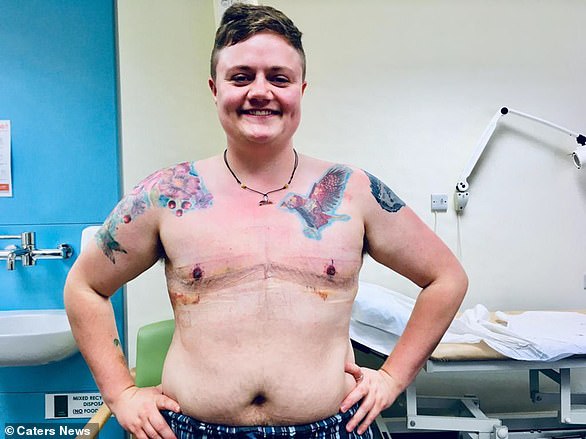 ‘I do still feel regret towards medical steps I took during my transition but I am working on loving and accepting my body for how it is rather than how used to be and how I wish it was.

‘I do believe that therapy should be involved at all stages of the transitioning process to help spot and explore red flags that may appear in someone’s transitional journey.

‘I also think more information should be given to individuals to make sure that their informed consent is truly informed.

‘It has been a really difficult journey for me, and I have lost a lot of friends in the process who felt that I am in some way anti-trans.

‘I saw a community full of so many people who had transitioned and it had finally made them happy; and with hindsight, I looked at them and thought that would be what made me happy too.

‘I now know that I am not a trans man, but I didn’t have enough therapy to explore what was really going on with me and help me realise that I don’t have to fit into a box of one of society’s defined gender norms.

‘I have been through the process and regretted my decision, so I feel like I am in a good position to share a different perspective about what should be done differently to help people who are questioning their identity.

‘The industry is under huge pressure from the trans community to move things along quickly because of statistics around suicide. This frightened me into feeling I had to do everything as quickly as possible to avoid feeling that way.’

Mental toughness expert details how you can stay strong when everything around you feels...

12 Crucial Tools To Get Instagram Likes On Your Posts