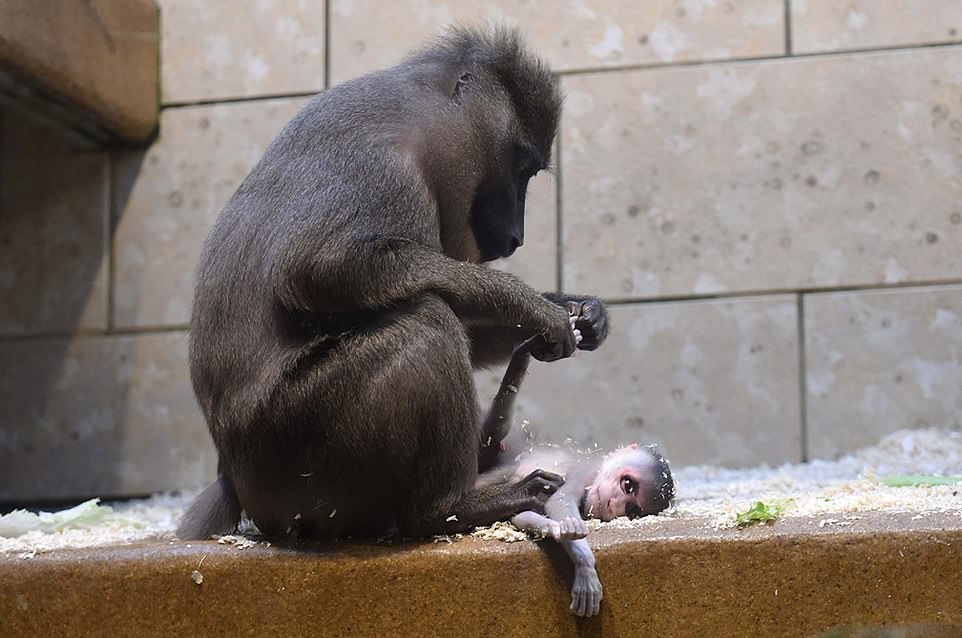 The saddest goodbye: Mother monkey stands over the lifeless body of her stillborn first offspring for TWO DAYS at German zoo before finally allowing keepers to take him away

By Ed Wight For Mailonline

This is the heartbreaking moment a distraught monkey says goodbye to her stillborn baby at a zoo in Germany.

The rare eight-year-old Drill monkey mother called Traceuse is seen looking down at her infant’s lifeless body, watching over her for two days after giving birth at a zoo in Germany.

Posting the distressing photo on its Facebook page, the Gruner Zoo Wuppertal said: ‘The animal care team discovered a sadly lifeless male infant in the arms of Traceuse, which had been born during the night.

‘For the eight-year-old female, who has lived in the zoo in since 2017, it was the first offspring.

‘Traceuse carried her dead infant around with her for two days and cared for it until she finally put it down yesterday afternoon.’

Drills are among the most endangered mammals in the world and are listed by the IUCN as the highest conservation priority of all African primates.

The Gruner Zoo said: ‘Even though we are very sad about the loss of the infant, it makes us happy to see how caringly Traceuse took care of her lifeless offspring.

‘So the chances are good that if she gets pregnant again and hopefully gives birth successfully, she will raise her young animal in an exemplary manner in order to contribute to the preservation of this highly endangered monkey species.

‘In addition, this first offspring shows us that the young breeding group harmonises well and is capable of reproduction.’

The zoo added that following the death of the baby monkey another female monkey ‘carried the lifeless body around and carefully touched it again and again.’

The zoo said: ‘The Drills show a completely natural behaviour here, which can also be observed in monkeys in the wild.

‘In this way, both the mother and the other group members said goodbye to the dead infant.’ 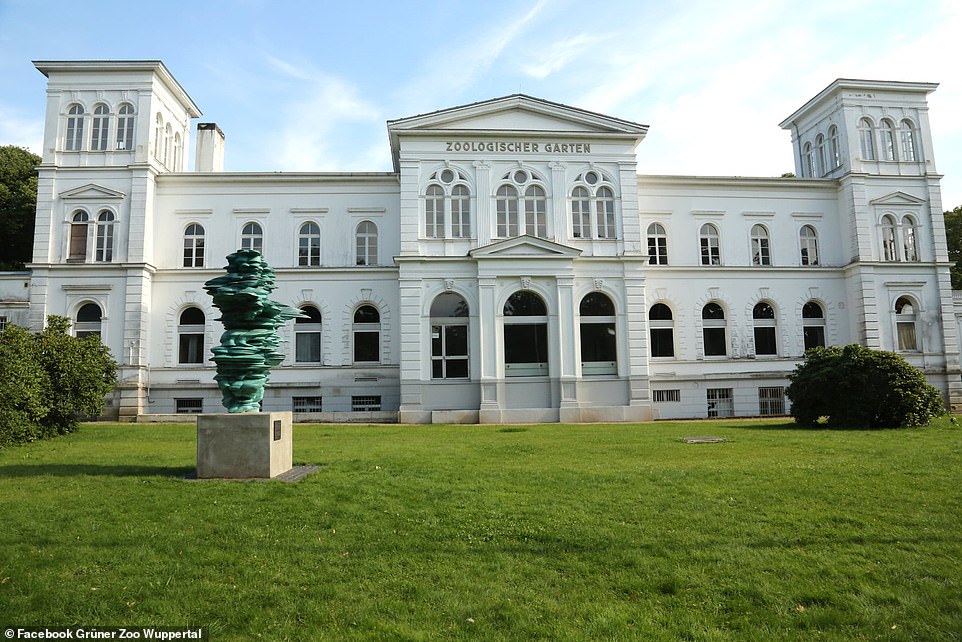 Grüner Zoo Wuppertal in west Germany, which cares for the rare Dill monkeys, is shown

F-35 crashes and explodes into flames at end of runway near Salt Lake City...