Anya Taylor-Joy looked incredible when she attended The Menu premiere at AMC Lincoln Square in New York on Monday night,.

The actress, 26, flashed her black underwear beneath a black knitted maxi dress which suited her perfectly.

She wore high heels and piled her platinum blonde locks in an up-do, giving her look a glamorous gothic feel.

The Queen’s outfit: Anya Taylor-Joy flashed her underwear under a semi-sheer knitted dress as she attended The Menu premiere at AMC Lincoln Square in New York on Monday night

She threw a blazer on over the top to keep out the cold.

Earlier in the night, Anya wore a lace prom dress style number as she cosied up to her castmates.

The Menu is a black comedy about a young couple (played by Anya and Nicholas) who travel to a remote island to eat at the Hawthorne, an exclusive restaurant. 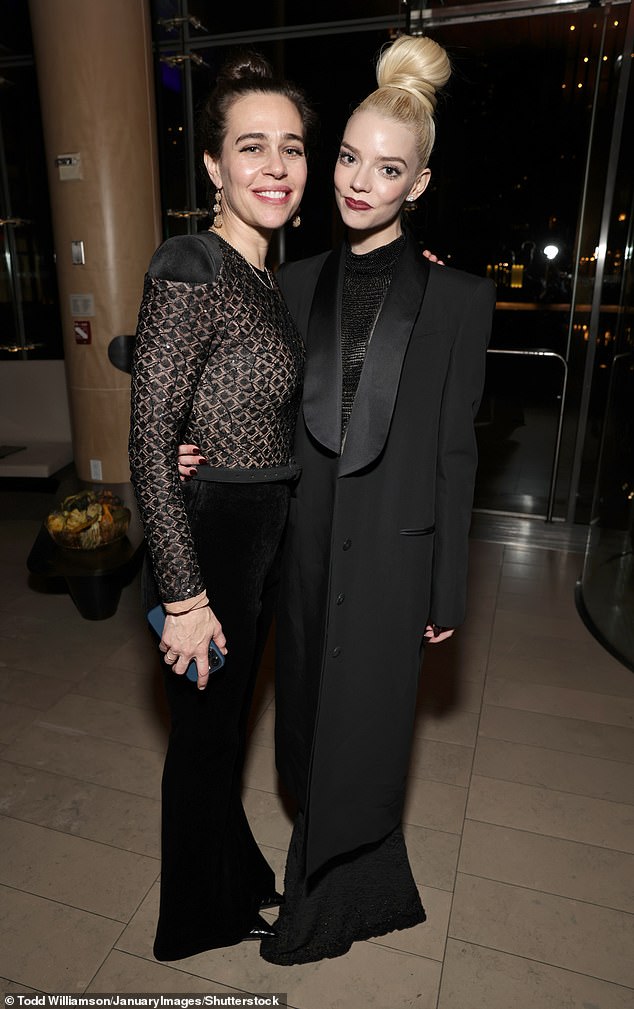 Friends in high places: She posed alongside Producer Betsy Koch

However, they soon discover that the celebrity chef (Ralph Fiennes) has some shocking surprises in store for them and the other guests.

Anya stars alongside Nicholas Hoult, 32, Judith Light, 73, Hong Chau, 43, and John Leguizamo, 62 who watched the screening earlier in the night.

Guests tucked into cheeseburgers on the fun-filled night. 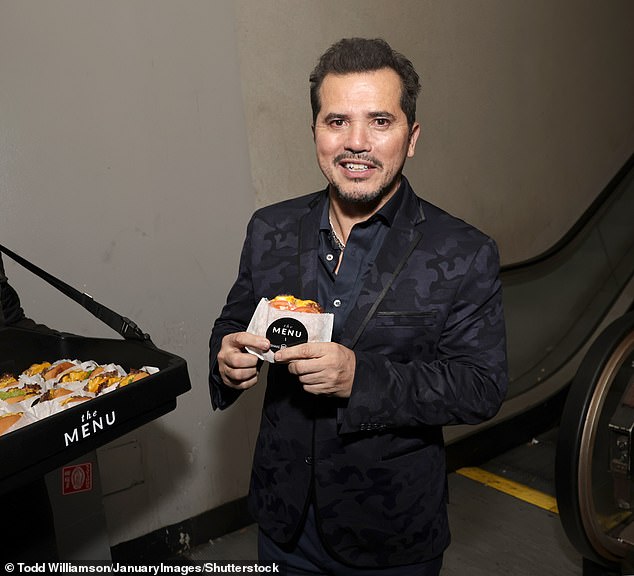 Tucking in: Anya’s co-star, John Leguizamo enjoyed a cheeseburger at the event – he famously played Tybalt in Baz Luhrmann’s Romeo And Juliet 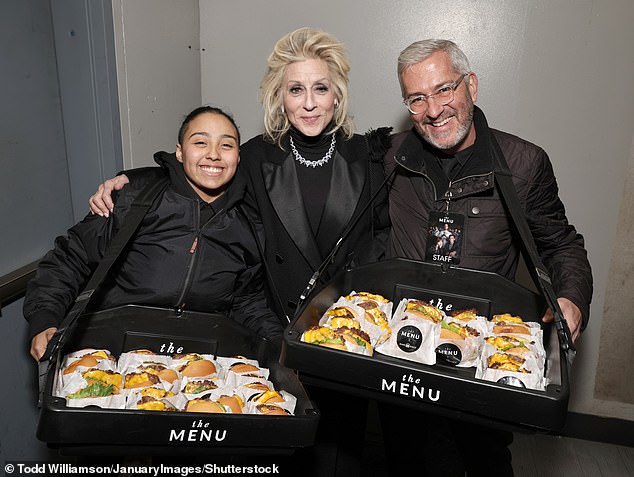 The film is set to be released in theaters on November 18.

The actress, who was raised in Buenos Aires with her family until the age of six, told how meeting co-star Fiennes – who plays Harry Potter star Voldemort was a ‘big deal’.

She had learnt to speak English reading the books. 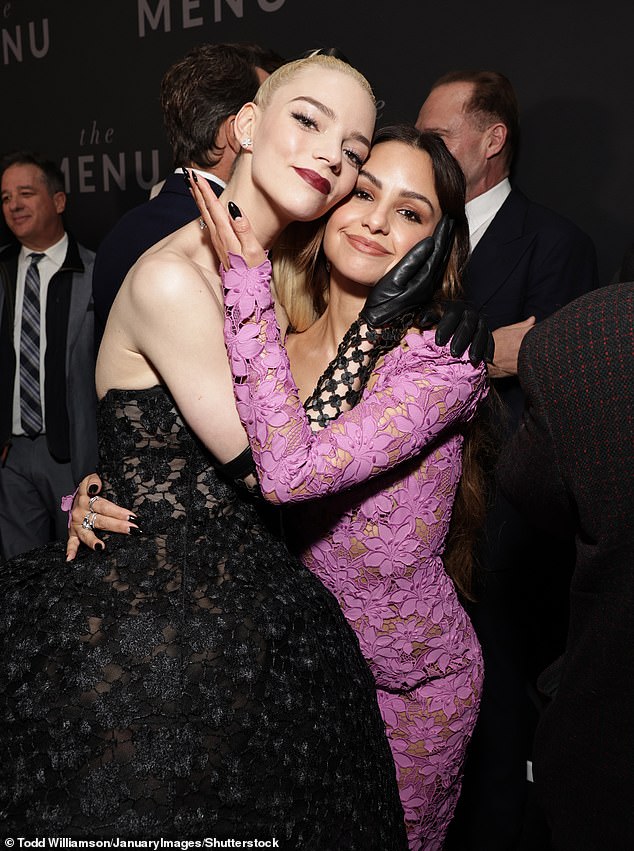 I’m in the mood for dancing: Earlier in the night Anya wore a prom dress number as she posed up a storm with Aimee Carrero 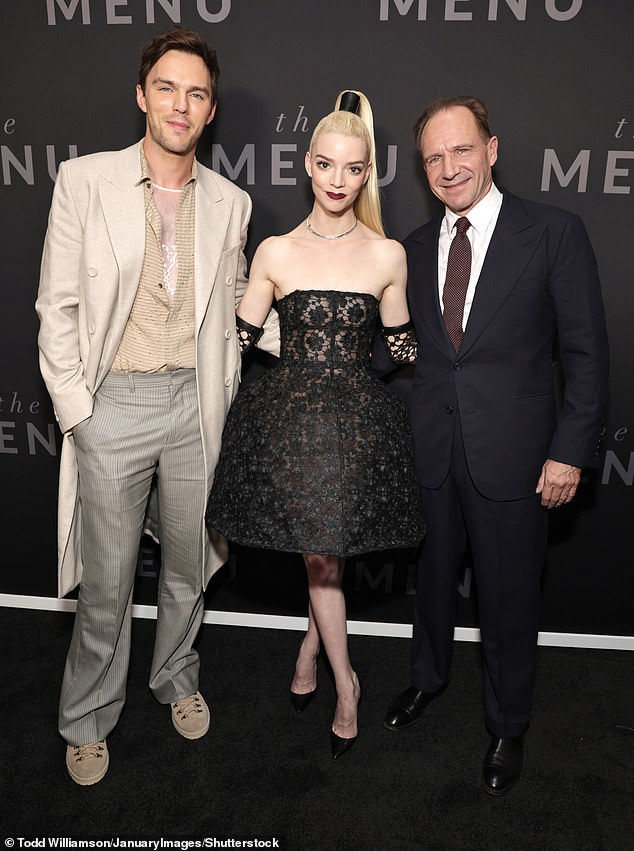 Superstars: The Menu is a black comedy about a young couple (played by Anya and Nicholas Hoult) who travel to a remote island to eat at the Hawthorne, an exclusive restaurant – pictured with Nicholas (left) and Ralph Fiennes (right) 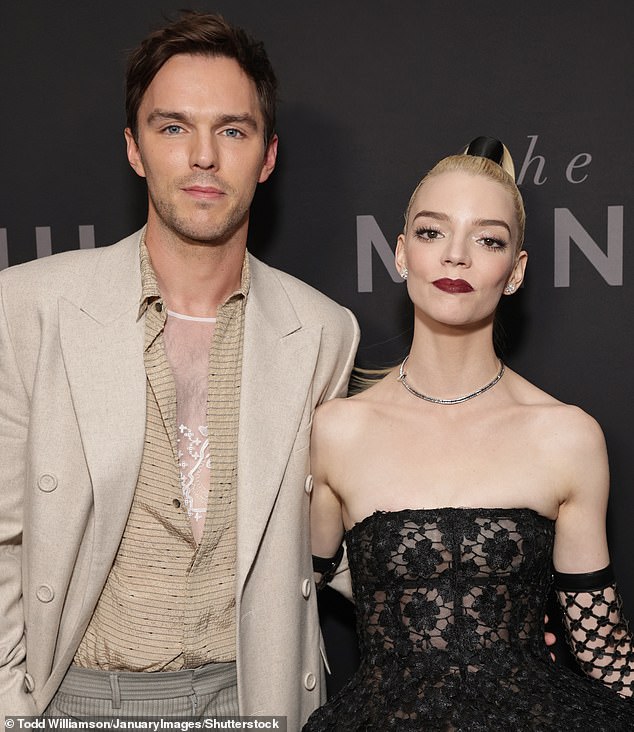 More to come: The film is set to be released in theaters on November 18

The stunner opened up about their meeting during an appearance on The Graham Norton Show which aired on Friday night.

Detailing working with Ralph on their new horror-comedy Anya explained: ‘I learnt English reading Harry Potter so it was a bit of a big deal but my subconscious does this thing of barring me from information that I can’t handle if I have a job to do.’

‘So I was cool and we got along really well but the second it was over I like, “Oh my God!” and rang my mum and said. “The last person that faced-off with Voldemort was Harry and now it’s me!”‘

Intriguing: Anya and Nicholas pictured in their roles on The Menu

Putin’s troops moan that they have been issued with plastic paintball masks and children’s...

Plastic surgeon sued for ‘making staffer work while she had COVID and asking to...