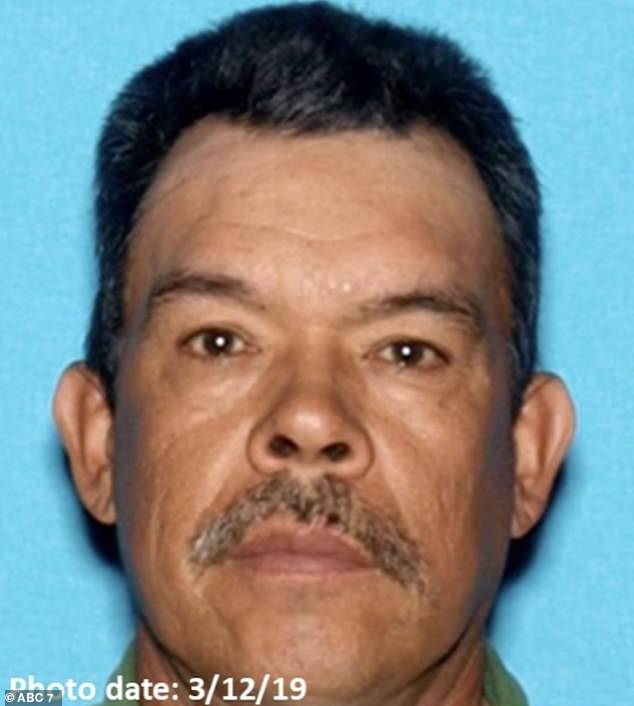 Footage of a California man who allegedly killed his daughter’s ex-boyfriend after he tried to force himself into her car has revealed he attempted to hand himself into authorities before going on the run.

When Jose G. Mendoza, 59, became aware that his daughter was being allegedly chased by Giovannie Gutierrez in his vehicle, he pulled up to the 37000 block of Sierra Highway and shot him in the head.

Surveillance footage released by police to ABC 7 shows Mendoza at a sheriff’s station, presumably trying to turn himself in. It remains unclear when the footage was taken.

The footage shows the 59-year-old walking into the sheriff’s station, waiting at the counter for a short time, before turning around and slowly leaving.

Mendoza appeared to be holding a mobile phone at the time and remained at large on Wednesday.

Deputies responded to a domestic violence call in the 37000 block of Sierra Highway, in Palmdale, California shortly before five o’clock on Monday afternoon.

Jose G. Mendoza, 59, is on the run after he allegedly shot his daughter’s ex-boyfriend in the head, after he tried to force himself into her car 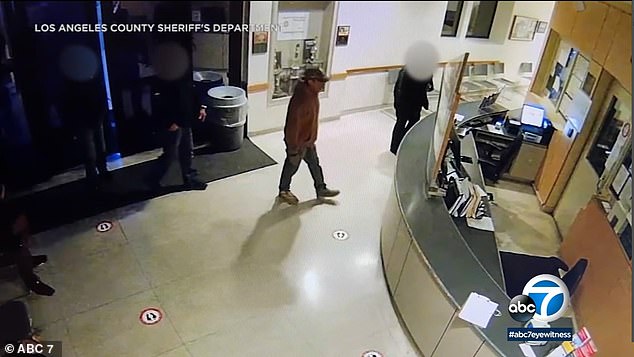 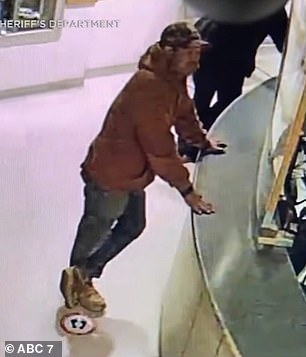 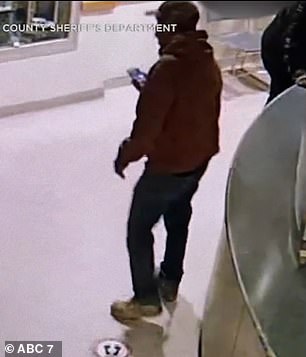 When they arrived at the scene, 26-year-old Gutierrez was found unresponsive and suffering from a gunshot wound, the Los Angeles County Sheriff’s Department said.

Gutierrez had allegedly confronted his ex-girlfriend, Mendoza’s daughter, at her workplace Diamond Buick GMC Palmdale, and taken her cellphone.

In a bid to get the device back, Mendoza’s daughter organized to meet nearby, but once the mobile was returned Gutierrez tried to break her car mirror, so she sped off.

Witnesses told police that Gutierrez has been in his car, a white Chrysler 300M sedan, and had been ‘chasing his ex-girlfriend’ who had been driving a gray compact car.

During the pursuit, the two cars collided at least one time, authorities said.

‘Investigators have learned Gutierrez was the source of the domestic violence call for service,’ said police.

Gutierrez had allegedly attempted to force his way into his ex-girlfriend’s car as she was seeking help from family members, who had called 911.

‘She told us at the time she was inside of her car and Giovannie was trying to get in,’ Detective Derrick Alfred told ABC 7. 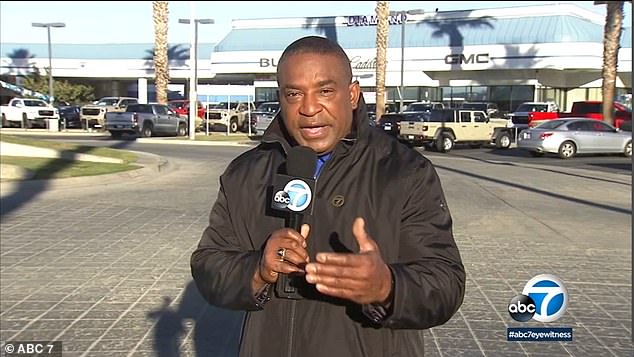 A reporter outside Mendoza’s daughter’s workplace where Gutierrez had allegedly confronted his ex-girlfriend, before taking her cell phone and allegedly chasing her in his car 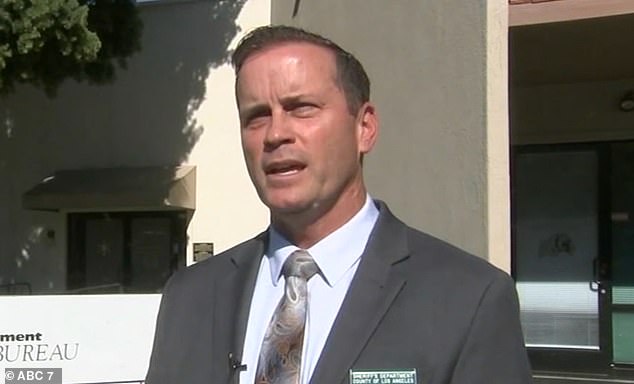 Detective Derrick Alfred said that Gutierrez had allegedly taken Mendoza’s daughter’s keys, tried to open the door to pull her out and had allegedly gotten his hands around her throat

‘He was reaching through the window after he had already taken her keys, trying to open the door, trying to pull her out of the car and at some point, he had gotten his hands around her throat.’

As Gutierrez was trying to get into her vehicle, a white Ford Ranger pickup truck arrived at the scene, investigators said.

‘A passenger exited the Ford Ranger, approached Gutierrez and shot him once in the head,’ police said.

‘The shooter has been identified as Jose G. Mendoza of Little Rock.’

Detectives said that Mendoza’s daughter didn’t know that he would show up to the scene.

After police arrived, Gutierrez, who had been unresponsive, was taken to a local hospital where he later succumbed to his gunshot wound injuries.

Mendoza is described as a male Hispanic, with black hair and brown eyes. He is 5 feet 6 inches tall and weighs 140 pounds.

‘Mendoza is believed to be armed with a semi-automatic handgun and should not be approached,’ police said.

‘Anyone with information about this incident is encouraged to contact the Los Angeles County Sheriff’s Department’s Homicide Bureau.’

Kate Middleton looks radiant in a vintage Chanel jacket in Boston, US