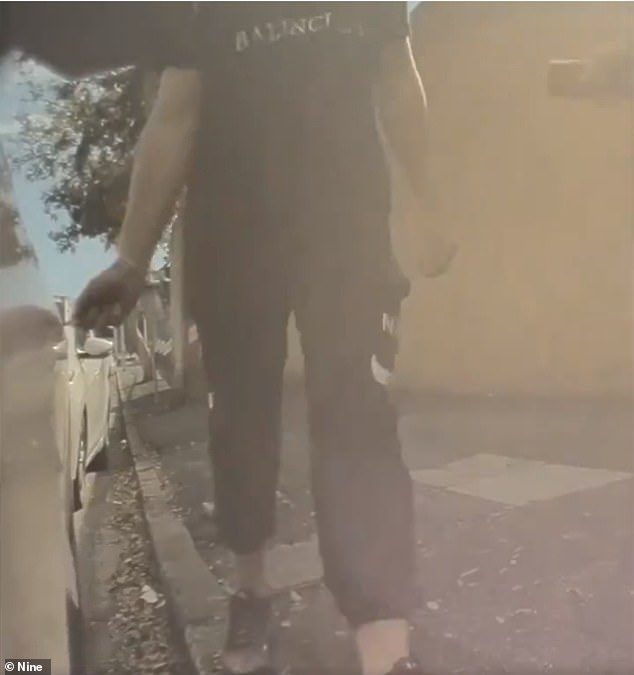 A man has been caught on camera keying a pink Tesla as he walked past parked cars.

In the vision, captured by a camera near the car’s side mirror, the man is seen with a woman walking down a street in Bowen Hills, Brisbane on Sunday.

The pair were seen approaching on the pathway towards the car, before the alleged vandal looks behind him and walks directly to the Tesla. 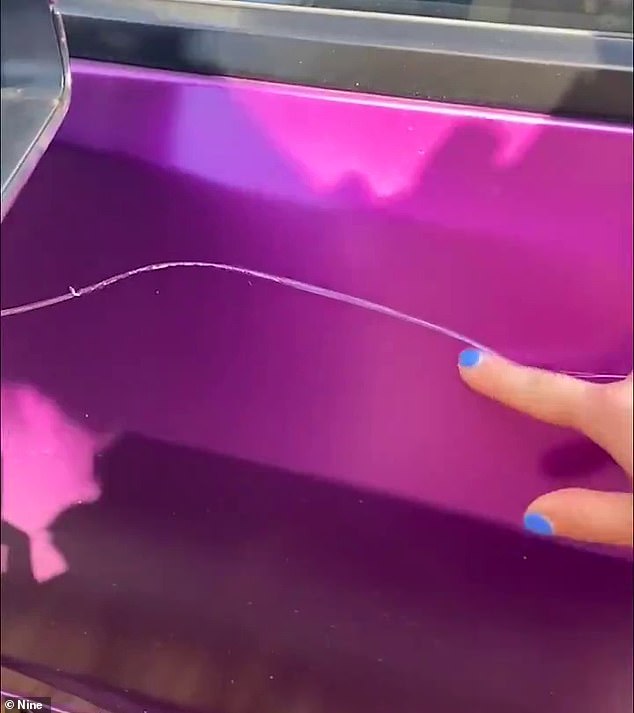 He holds a big key to the side of the car and runs it through the paint as he walks past in the unprovoked attack.

Footage from Nine News shows the aftermath of the scratch with the car’s paint scraped through.

Online commenters on the post mostly joked about the Tesla while offering advice on how to fix the damage.

‘Lol stupid to key a car with 360 cameras,’ one commenter said.

‘The battery will fix it,’ said another.

‘I’m sure the Tesla owner can afford the repairs,’ joked one person.

‘Some scratches can be removed by wet sanding and polishing, but I can see the clear coat has been scraped away,’ another wrote.

‘This will require repainting.’

‘Anyone with information is being urged to come forward,’ a statement read.

EastEnders SPOILER: Lola Pearce comes to terms with her brain tumour diagnosis ahead of...

King Charles ‘will be deeply upset’ as a THIRD of his flock of royal...