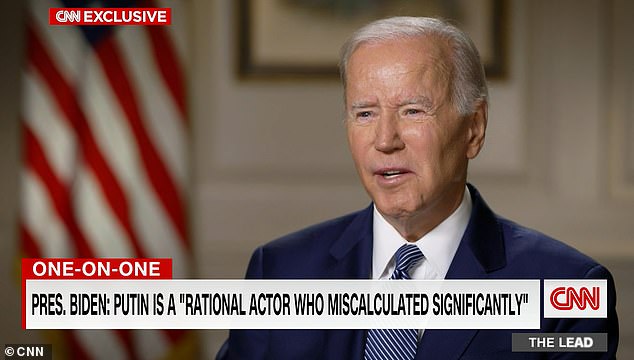 President Joe Biden suggested in a Tuesday evening interview that the United States military has a contingency plan in the event Russian President Vladimir Putin launches a nuclear attack on Ukraine.

The autocratic leader has ratcheted up his rhetoric in recent weeks in the face of back-to-back setbacks for his illegal invasion of the neighboring nation.

Biden, for his part, stood by his warning that the globe could be nearing a point of ‘armageddon’ if Putin unleashes nuclear hell on Ukraine – despite critics accusing the president of reckless escalation.

‘He, in fact, cannot continue with impunity to talk about the use of a tactical nuclear weapon, as if that’s a rational thing to do,’ the president told CNN‘s Jake Tapper.

‘The mistakes get made…and the miscalculation could occur. No one can be sure of what would happen. And it could end in Armageddon.’

Asked if he intends to speak with Putin at the upcoming G20 Summit, Biden said: ‘Look, he’s acted brutally. He’s acted brutally. I think he’s committed war crimes. And so, I don’t – I don’t see any rationale to meet with him now.

Biden declined to comment directly on any planning in the face of Putin’s increasingly hostile threats beyond acknowledging that it was taking place.

‘There’s been discussions on that, but I’m not going to get into that. It would be irresponsible of me to talk about what we would or wouldn’t do,’ the president said.

Tapper asked, ‘Have you asked the Pentagon to game it out though? I mean, just in case.’

‘The Pentagon didn’t have to be asked,’ the president answered.

Biden also called Putin a ‘rational actor’ who embarked on an ‘irrational’ invasion of Ukraine – and was careful to distinguish the two amid intensifying conversations about the Russian president’s state of mind.

‘I think he is a rational actor who’s miscalculated significantly,’ Biden told CNN in a preview clip of his primetime interview released earlier in the day.

The president referenced the lead-up to Putin’s invasion earlier this year when ‘no one believed that he was going to invade Ukraine’ despite increasingly hostile rhetoric and a buildup of troops at its border.

‘You listen to what he says, if you listen to the speech he made after when that decision was being made, he talked about the whole idea of – he was, needed to be the leader of Russia that united all the Russian speakers – I mean, it’s just, I just think it’s irrational,’ Biden said.

The Russian autocrat’s mental stability had been the subject of speculation when he first launched the unprovoked attack in late February, when rumors swirled that his thinking was altered by cancer therapies or steroids. None of those were ever confirmed.

Putin’s sanity is back under the world’s microscope now as he and his henchmen continue to make threats of unleashing nuclear power in Ukraine.

But during his Tuesday interview, Biden was careful to make a distinction between his Kremlin counterpart’s mind and his plans for Kyiv.

He cut off Tapper when the journalist began, ‘So if he’s not rational-‘

‘No, I didn’t say he’s not rational, I think – I think the speech, his objectives are not rational,’ Biden clarified. 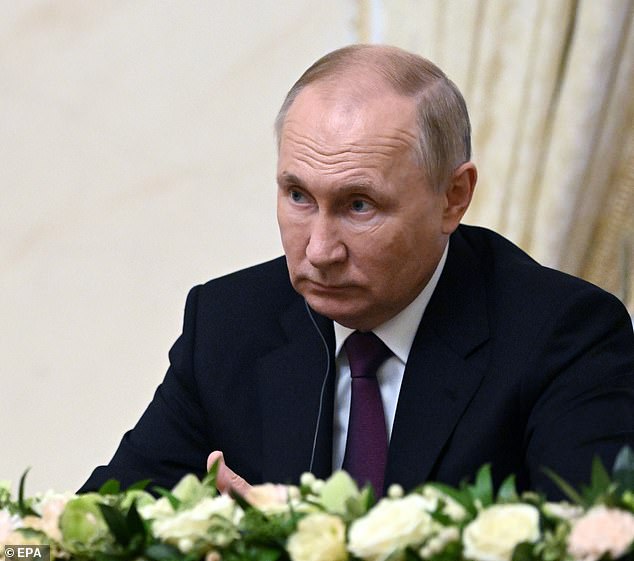 He added that Putin likely believed his attempt to annex all of Ukraine as part of Russia would be ‘welcomed with open arms.’

‘And I think he just totally miscalculated.’

Ukraine’s troops have staged an unprecedented and successful counteroffensive in recent weeks to take back Russian-held territory.

Putin also took a blow when the Kerch Strait Bridge linking the Crimean peninsula to Russian-occupied Kherson was partially demolished in an explosion.

The setbacks have prompted Russia to retaliate with indiscriminate rocket fire on Ukrainian cities including Kyiv.

Biden warned at a fundraiser last weekend that the world faces the prospect of a nuclear ‘armageddon’ should Putin’s war escalate.

Multiple administration officials have since affirmed that the US sees no change in Russia’s nuclear posture while Biden’s critics accused him of needless verbal escalation. 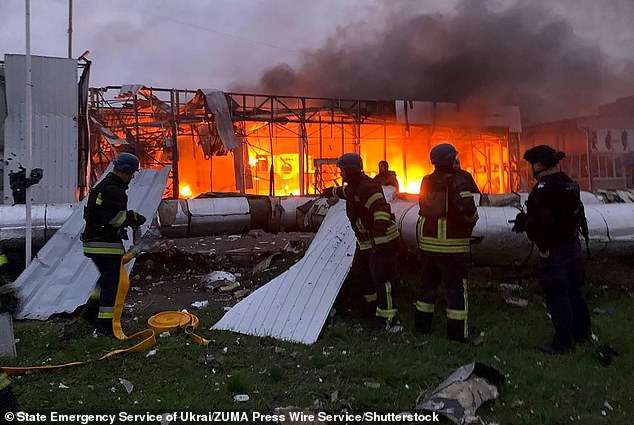 The interview comes after G7 leaders condemned Russia’s recent attacks on Ukrainian civilian targets and warned it against escalating with nuclear weapons (pictured: Firefighters work at the site of a car showroom destroyed during a Russian missile attack. Russian Missile Strikes Continue in Ukraine, Zaporizhzhia – 11 Oct 2022) 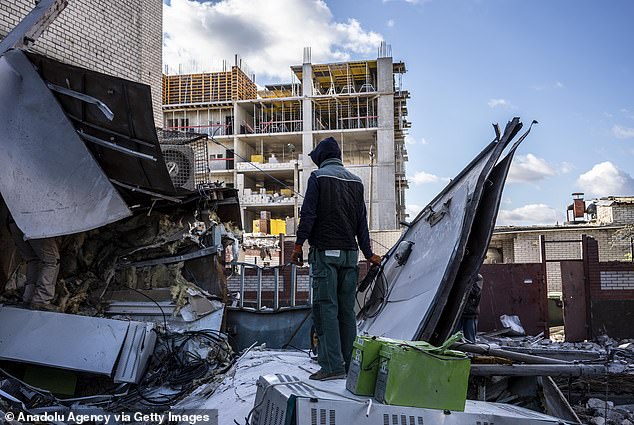 Hours before Biden sat down with CNN on Tuesday, he participated in an emergency G7 leaders meeting along with Ukrainian President Volodymyr Zelensky.

They condemned Russia’s attacks on civilian infrastructure in Ukraine as well as Putin’s annexation of parts of the country’s east.

The G7 also called for continuing investigations into the mysterious explosions that led to a leak in the Nord Stream pipelines between Russia and Germany, which have been inactive due to the war.

‘We reassured President Zelenskyy that we are undeterred and steadfast in our commitment to providing the support Ukraine needs to uphold its sovereignty and territorial integrity,’ a statement from the White House read.

‘We will continue to provide financial, humanitarian, military, diplomatic and legal support and will stand firmly with Ukraine for as long as it takes. We are committed to supporting Ukraine in meeting its winter preparedness needs.’

They also promised ‘severe consequences’ if Putin followed through with using nuclear weapons in Ukraine.

Zelensky asked the world leaders for more air defense systems as Russia’s invasion nears its eight month at the end of October.