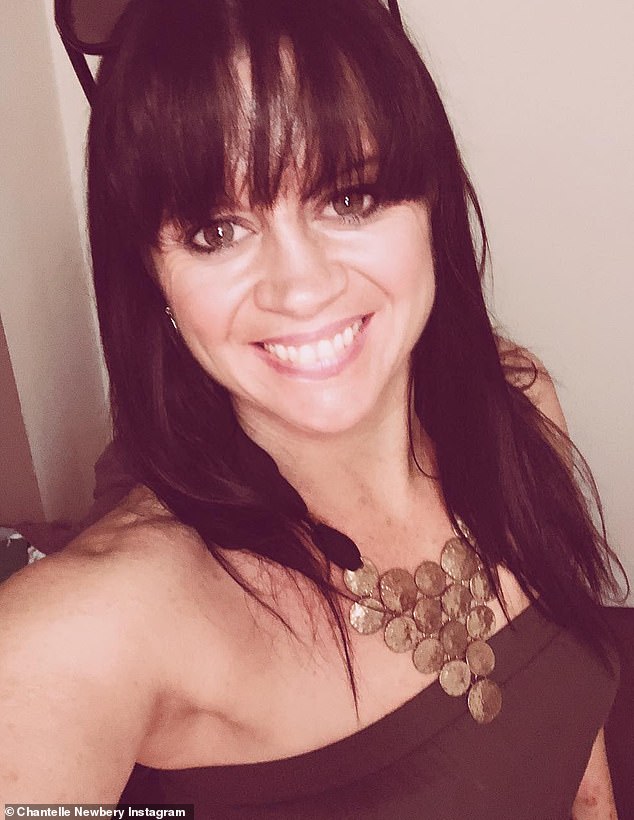 Troubled Olympic diving champion Chantelle Newbery has returned to a life of crime after she was previously busted with methamphetamine and jailed for theft.

But shamed Newbery, 45 – who won gold for Australia in Athens in 2004 – has walked free from court despite being sentenced to eight months in prison.

It was the latest in a string of convictions for the former Order of Australia Medal winning golden girl after she faced fresh shoplifting charges, with her life having spiralled from Olympic fame to petty crime. 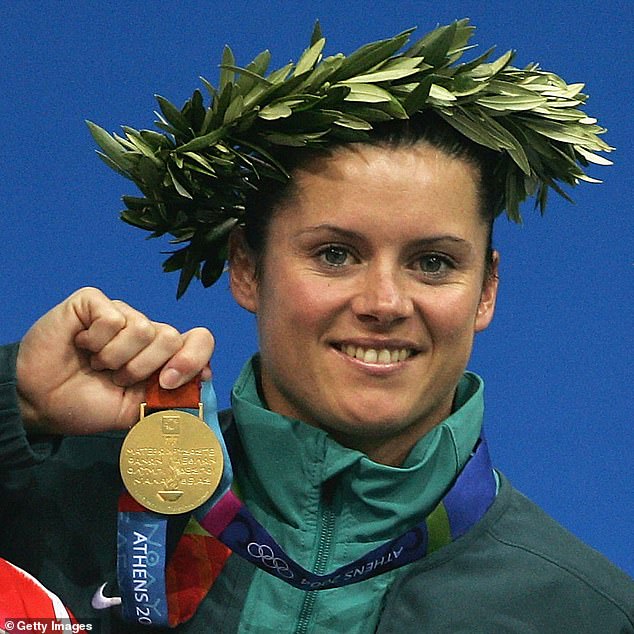 The mother-of-two was also caught driving without a licence, breaking her probation, unlawfully using a vehicle and stealing after a previous conviction.

The gold medallist was sentenced to the lengthy eight month jail term at Toowoomba Magistrates Court in Queensland last Wednesday.

But the self-confessed ice addict instantly walked free when she was immediately released on parole, despite her long history of drug use and theft convictions. 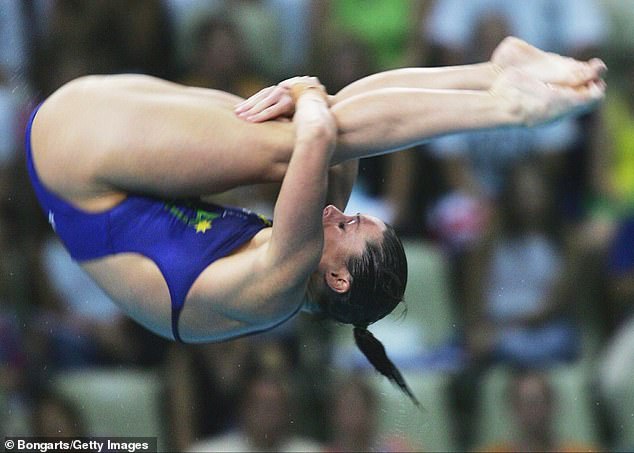 Newbery admitted a string of drug charges in 2014 but escaped conviction when she went on a drug diversion program instead.

Since then she’s faced a series of theft charges – and in 2021 was caught in possession of an ice pipe hidden in her sunglasses case when she was stopped for shoplifting $113 worth of groceries from Woolworths and $150 bedsheets from Target.

At the time Newbery pleaded guilty at Cleveland Magistrates Court to two charges of stealing and a single charge of possessing drug utensils.

The court was told Newbery had previously sentenced to a four-month intensive correction order for stealing groceries – but re-offended just over a week later.

Prosecutors told the court Newbery was a serial thief – and that her crimes were often premeditated. 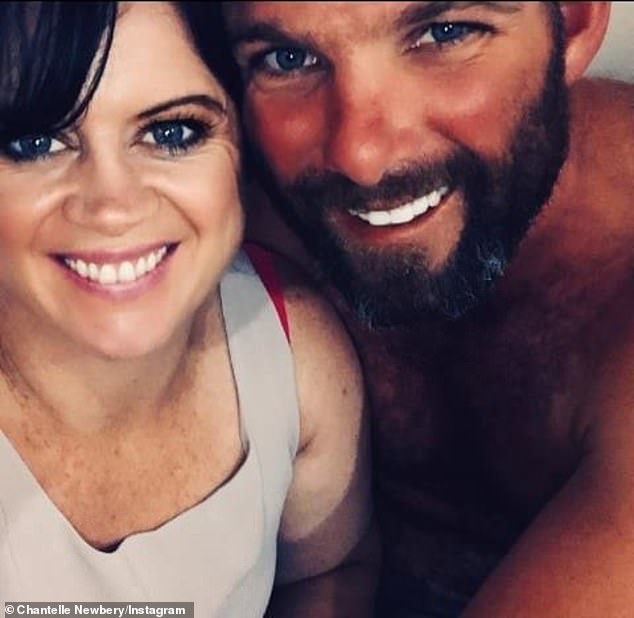 At the time, Newbery’s lawyer Tanya Lacy said her client was ‘trying really hard’ to break free of her ice addiction and was ‘glad’ she had been stopped by security so she could get help.

A year earlier she’d faced more charges of shoplifting from a local IGA supermarket and possessing drug utensils and paraphernalia.

Newbery has previously admitted her life went into freefall in the wake of her Olympic glory in Athens.

In 2009 she confessed she was suicidal and went into a psychiatric hospital to be treated for severe depression.

In the years since, she’s spiralled into drug addiction and despair, compounded by the death of her partner Tim Walsh in 2019. 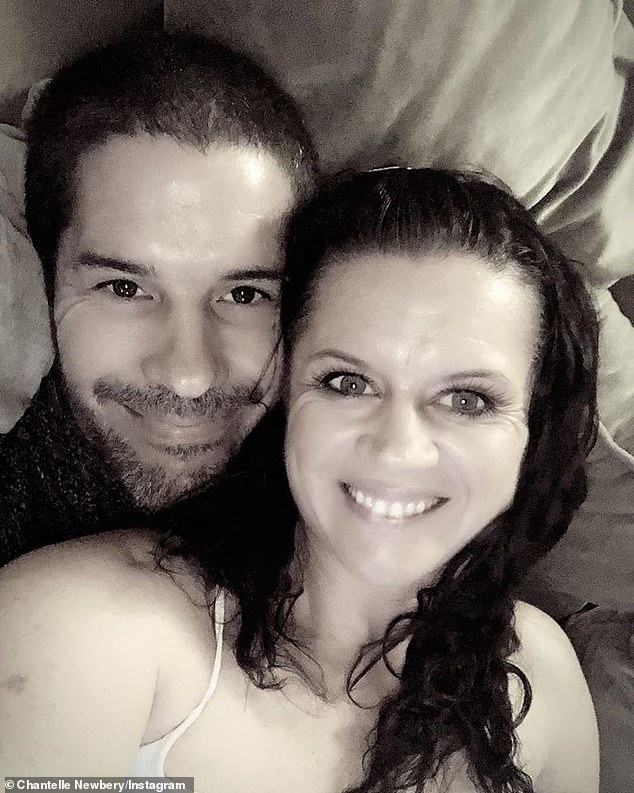 ‘No words.. Just loss.. Sadness.. Devastation and many tears… I love you Tim,’ she wrote on Facebook.

‘He was one of my besties for five years until we eventually switched from friends to lovers.. we didn’t have a great start.

‘In fact we both fought hard (and each other) and persevered more than most would to stay in a relationship that seemed doomed… there were sparks flying that’s for sure! We eventually found our wings and we did take off.

‘My unit feels empty and lonely without him.’

Newbery was also mourning the death of close friend Jason Guise, whose body was found in a sewage holding tank in Brisbane just two months earlier. 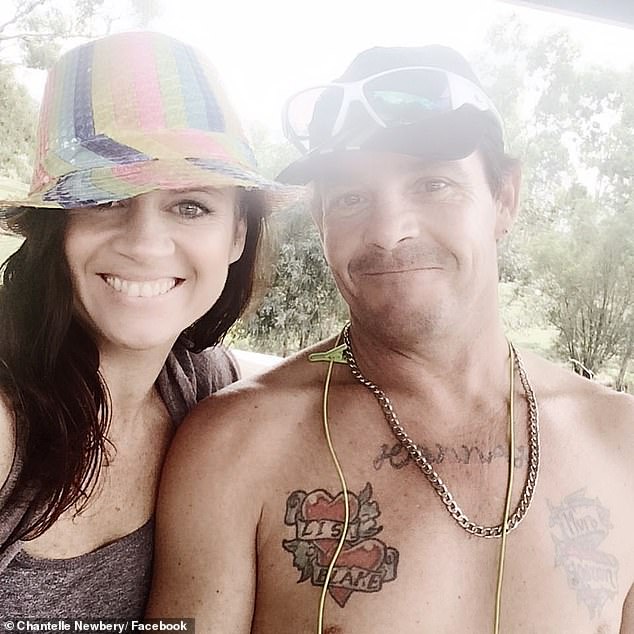 ‘Nooo, please don’t be dead,’ Newbery posted at the time, along with a photo of the pair.

‘I don’t believe you are dead Jason. F*** call me now. Tell everyone they are wrong! Love ya mate. Please be OK.’

Newbery turned to the Salvation Army for help in the wake of the tragedies.

‘Picking myself up after the cyclone of 2019,’ Newbery’s Instagram profile states.

The social media account is filled with photos of her late partner, her sons Jet and Ryder, along with her new partner, who she says is helping her get through difficult times.

‘Thank you Luke… for helping me get through this difficult time.. for being patient while I put my brave pants back on and start living back in the real world. You are pretty special,’ Newbery wrote on May 16. 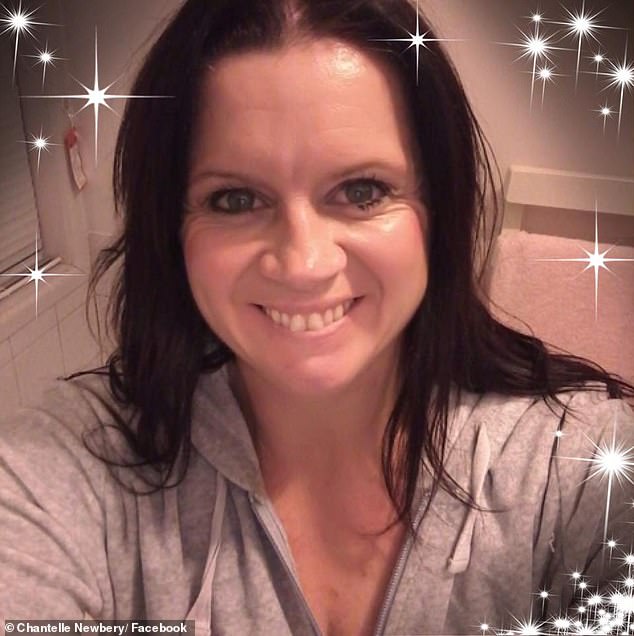 In 2021, lawyer Tanya Lacy told a court that Chantelle Newberry (pictured) was ‘trying really hard’ to break free of her ice addiction

Newbery became the first Australian diver to win an Olympic medal in 80 years when she won gold in the 10 metre platform at the 2004 Olympics in Athens.

She also won two gold and three silver medals at the 1998 and 2006 Commonwealth Games.

She was later awarded an OAM and honoured in the Australian Institute of Sports Awards, ‘Best of the Best’.

Newbery’s struggles began months after her third Olympics in Beijing in 2008, where she failed to recapture her previous success.

She told Woman’s Day magazine in 2009 she had admitted herself to a psychiatric hospital for chronic depression.

She also attempted to take her own life twice.

On A Current Affair in 2014 Newbery spoke of her struggles to be a good mother to her children after her marriage to fellow diving champion Robert Newbery broke down.

Diver Chantelle Newbery burst onto the international scene as a 20-year-old at the 1998 world titles in Perth, where she won bronze in the 3m springboard. 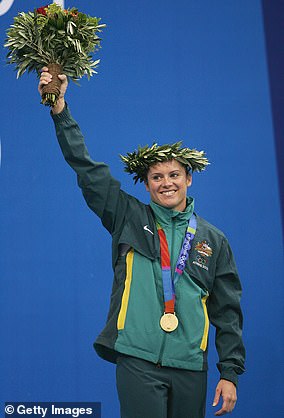 She competed at the Commonwealth Games in Kuala Lumpur later that year, where she won gold in the 1m springboard and silver in the 3m springboard.

Newbery competed at the 2000 Olympics in Sydney where she just missed out on a medal in the synchronised 3m springboard event.

She missed the 2002 Commonwealth Games with the birth of her first son.

In 2004, she became the first Australian diver to win an Olympic medal in 80 years when she won gold in the 10 metre platform at the Olympics in Athens.

In 2005, she was awarded an OAM and and became the 22nd athlete to be honoured in the Australian Institute of Sports Awards, ‘Best of the Best’.

Success continued with a gold and two silvers at the 2006 Commonwealth Games in Melbourne before giving birth to her second son later that year.

Newbery retired from diving after her third Olympics in 2008 in Beijing, where she failed to win a medal.

Trump tells American Jews to ‘get their act together and appreciate what they have’...

Author Fay Weldon – who wrote The Life And Loves Of A She-Devil –...

Pub once home to Noel Coward and frequented by author Edith Nesbit is up...