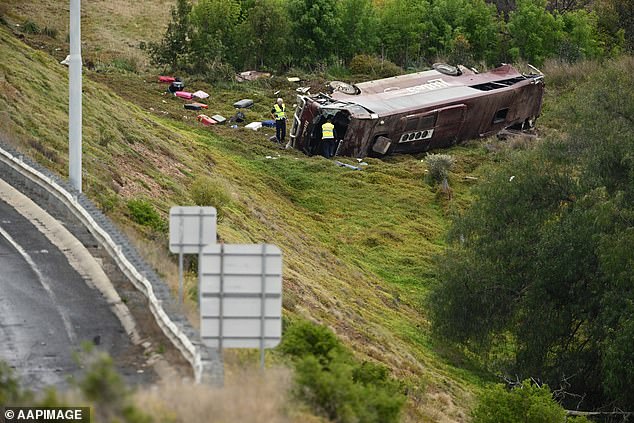 A truck driver has been charged over a crash with a school bus that left more than two dozen students and teachers injured.

The truck smashed into the back of the bus as it slowed down to avoid a previous crash in the suburb of Bacchus Marsh, west of Melbourne, in September.

The force of the collision sent the bus plummeting down an embankment off the Western Highway at Pentland Hills.

The school bus, carrying 27 students and four teachers, rolled 50m after it and a truck collided in the confusion of a previous truck crash (pictured, emergency services at the scene)

There were 27 students and five adults aboard the bus, which was meant to travel to Melbourne airport.

He was due to face the Melbourne Magistrates Court on Monday afternoon.