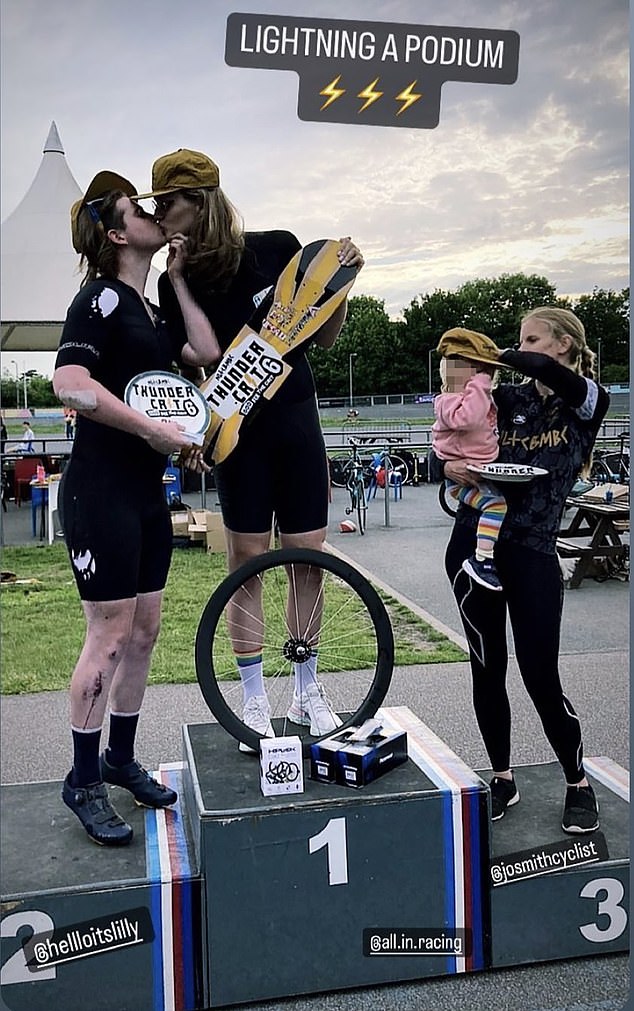 By Georgia Edkins For The Mail On Sunday

The event on Friday finished with two transgender women in first and second places, with a young mother in third.

Gold in the ThunderCrit race at Herne Hill velodrome in South-East London went to Emily Bridges, a trans cyclist who was barred from a woman’s race in March and who had competed in men’s events only the month before.

Emily Bridges won the race, followed by Lilly Chant and Jo Smith in third – but the photo has sparked backlash amongst gender critics on social media 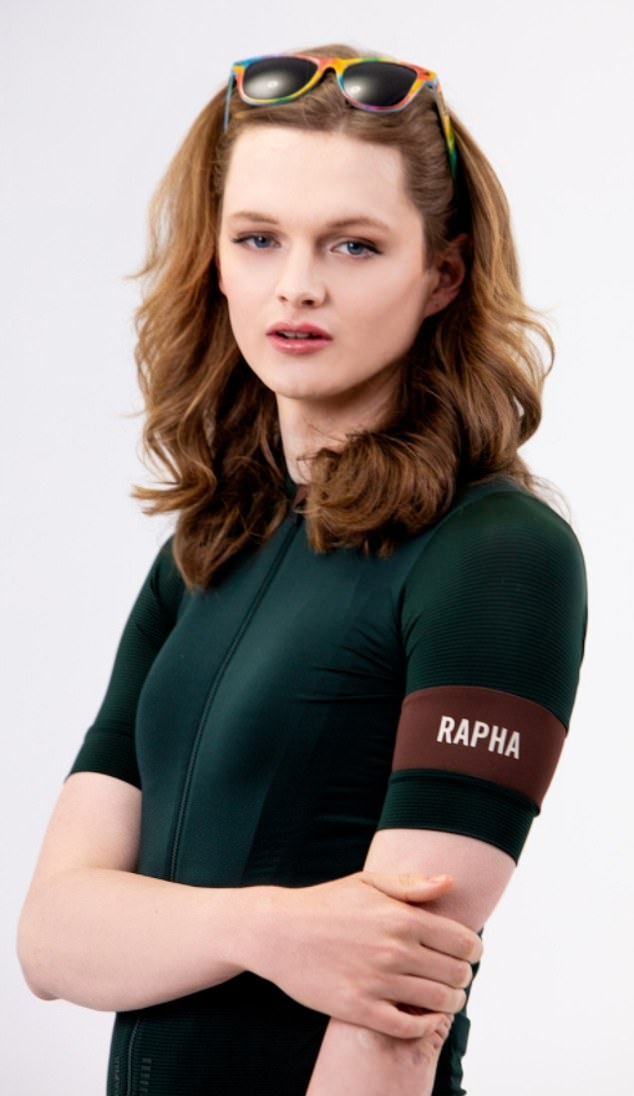 In second place was Lilly Chant who, despite identifying as a woman, is still designated as male on official records.

The tournament’s best-performing biological woman, Jo Smith, of Thanet, Kent, won bronze and celebrated with her rivals by posing on the winners’ podium with her young daughter.

British Cycling, the governing body that has recently found itself embroiled in the controversy around trans competitors, said the event was independent and it had not been involved.

Sharron Davies, who won a swimming silver at the Moscow Olympics in 1980 and has spoken out before on trans athletes, said she was ‘very disappointed’ at news of the race.

Fiona McAnena, director of sport campaigns at Fair Play For Women, said: ‘It’s inevitable that if we’re going to allow people who have been through male puberty into the category that is supposed to be for females, those people are going to outperform. 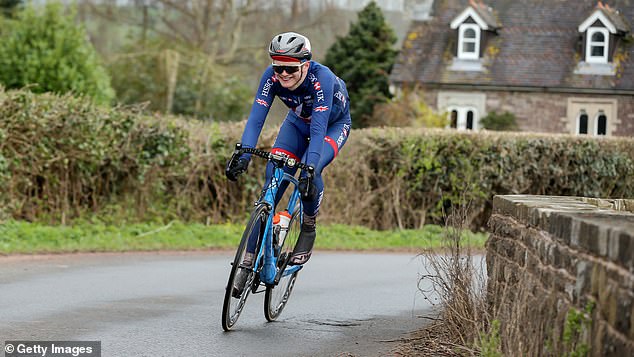 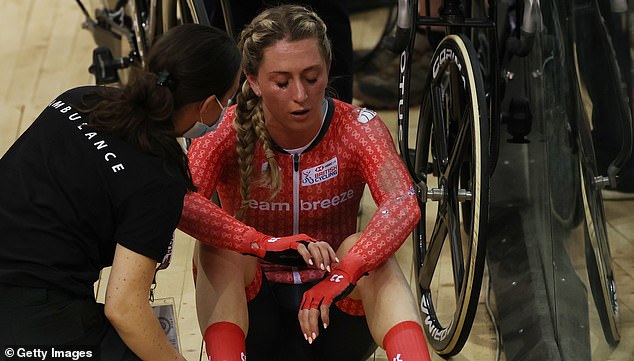 ‘Sport is based on your body, and we have a female category in most sports because male puberty confers such an advantage and it is a lifelong advantage. It cannot be undone.’

In an attempt to devise an ‘inclusive’ event, the ThunderCrit organisers created two new non-binary races called ‘thunder’ and ‘lightning’.

Cis – or cisgender – describes a person who still identifies as the gender they were born as. Non-binary refers to people who say they are not solely male or female.

Bridges and Chant competed in the lightning race, despite Bridges being barred by British Cycling from racing against five-times Olympic gold medallist Dame Laura Kenny in March after international sporting bodies claimed she was ineligible.

Anthony Albanese to be sworn in as Prime Minister TODAY before going to Tokyo...