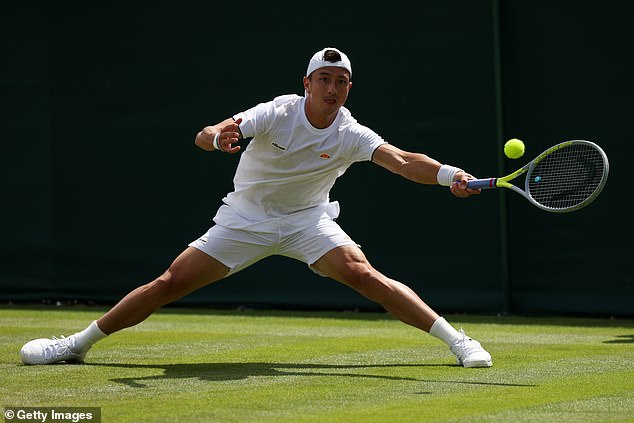 Wimbledon wildcard Ryan Peniston is fast becoming one of Britain’s great hopes for success at SW19 this summer.

After easily brushing aside Henri Laaksonen with a convincing three-set victory on Court 12, spectators are sure to flock to Court 3 early to grab the best seats for the 26-year-old’s second-round clash with American rival Steve Johnson.

And his last eight runs at Queens and Eastbourne this month have already seen Peniston take earnings of more than £146,000. This will increase with every match he achieves glory at Wimbledon – and he could even double his earnings if he wins today’s match.

But his journey to the iconic grass courts of the All England Club has been nothing short of challenging – and life dealt him an early blow when he spent eight months in hospital as a baby fighting a rare cancer.

Peniston, from Great Wakering in Essex, had surgery and two bouts of chemotherapy after being diagnosed with rhabdomyosarcoma, a cancer that forms in soft tissue, aged just one.

He later described the disease as having a ‘huge impact’ on his life, and caused him to be a ‘late bloomer’ – delaying his growth until he was 15.

It meant that, until he was in his mid-teens, he was ‘always about foot smaller than all my peers’. 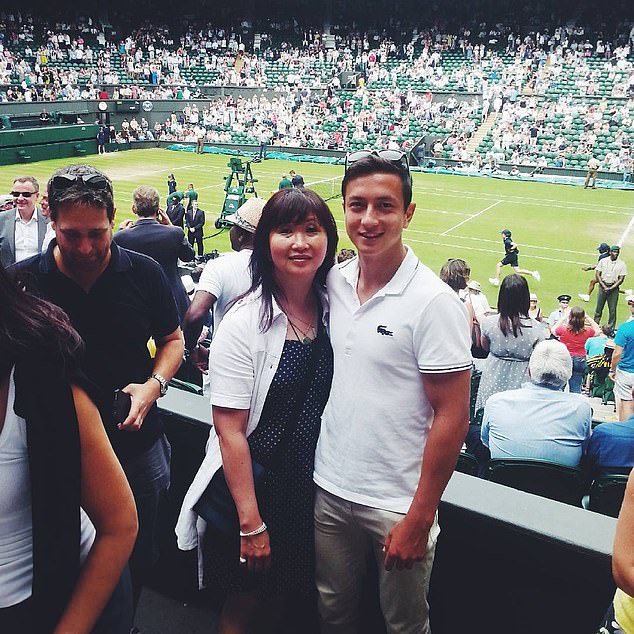 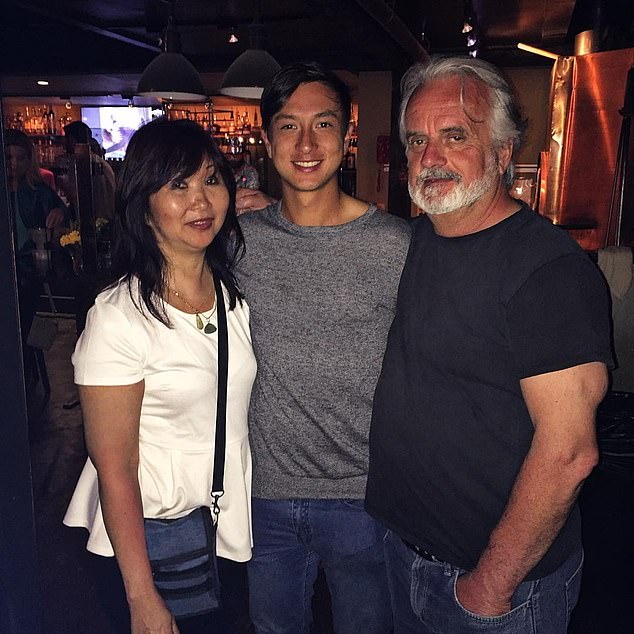 Peniston is pictured with his mother Penny and his father Paul 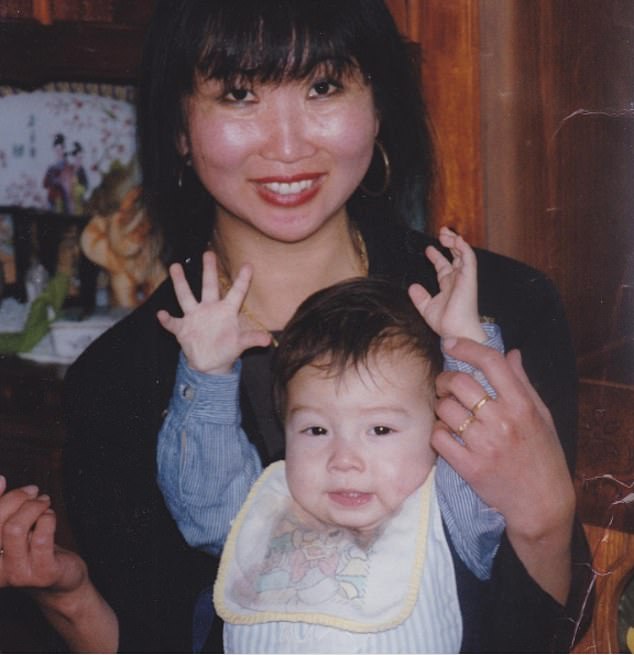 A baby Peniston is pictured with his mother Penny. Peniston battled a rare cancer as a baby

For a fledging tennis player, that posed its own challenges, he admitted.

‘They all were growing and getting bigger serves and everything. I was struggling just trying to run around and get the balls,’ he told the Times.

‘It made me definitely tougher as a player and a person I think. It’s a blessing in disguise really.’

But Peniston comes from good, grounded stock. His ex-train driver father Paul, 66, said that he was mostly responsible for coaching the Wimbledon wildcard ‘until 18 months ago’ – even though Peniston joined a tennis academy in France aged 13 before moving to the University of Memphis tennis programme.

Paul has described introducing his three sons to tennis at a local park, and noticed Peniston’s natural abilities after a neighbour complained that he was smacking apples across their fence with a tennis racket.

Intriguingly, the rest of his family are involved in healthcare. His mother Penny, also 66, is a ward manager, while one brother – Sam, aged 31 – is a paediatric nurse, while his other brother Harry, 28, is a junior doctor.

Penny called Peniston a ‘determined fighter’ who ‘doesn’t take anything for granted’ and ‘just wants to work hard and just play tennis that he enjoys most’. 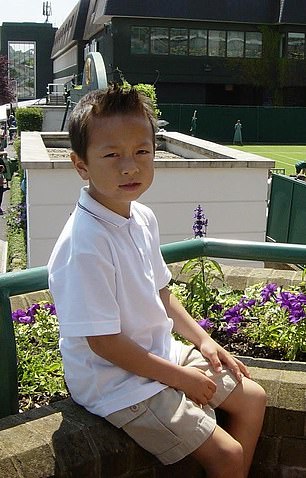 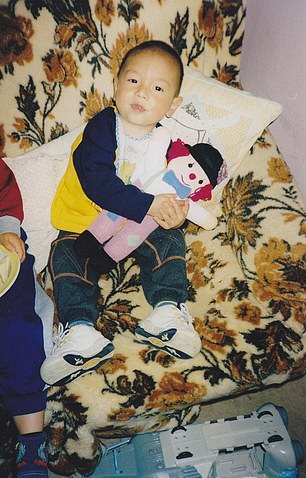 Peniston pictured at Wimbledon, left, and as an infant on the right 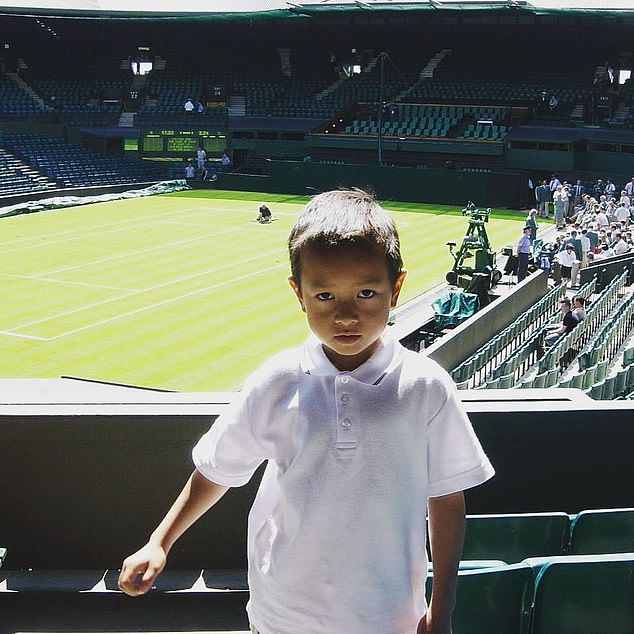 Peniston pictured as a boy at Wimbledon. His rare cancer left him stunted until he was 15 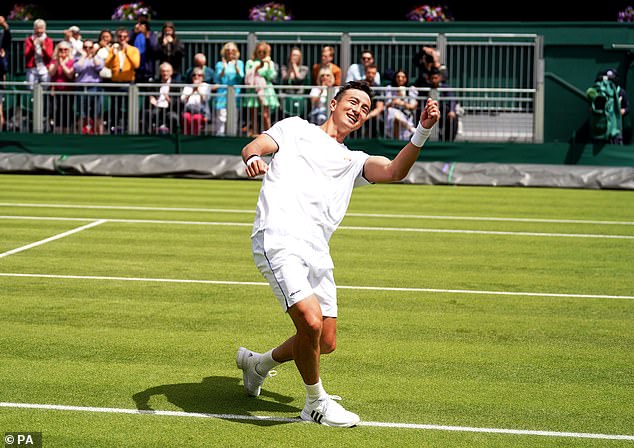 He may be a wildcard, but Peniston is guaranteed at least £100,000 in prize money from this week alone.

Speaking after his first-round clash yesterday, Peniston said: ‘I’m waiting for someone to pinch me and wake up back in May sometime. I’m just loving every second of it, to be honest.’

He added: ‘After the tournament, I’m definitely going to celebrate with my family, and we’ll have a nice time together, for sure.

‘Every day in training I just thought about it and kind of visualised it,’ he said. ‘Even off the court as well, I’d be just like dreaming about it. For it to happen is just crazy for me.

‘When I was younger, like a teenager, you always have people ask, ‘You play tennis? I’ll see you at Wimbledon one day.’ I’d always say, ‘Yeah, yeah, hopefully, hopefully.’ Now to just say it’s happened is unbelievable.’

Queensland forecast rain bomb due to hit on Thursday afternoon

The shocking video that lays bare dire state of NHS