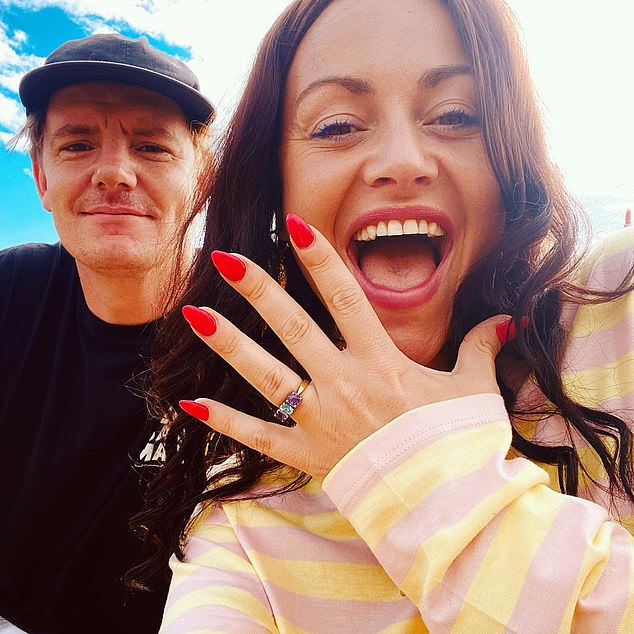 Jaime Winstone is engaged! Actress announces her boyfriend James Suckling got down on one knee during ‘perfect proposal’ at Glastonbury

By Laura Parkin For Mailonline

Jaime Winstone is engaged to her boyfriend James Suckling after he got down on one knee during Glastonbury at the weekend.

The actress, 37, took to Instagram on Wednesday to announce the happy news as she flashed her ring in a flurry of happy snaps from the festival.

Jaime gushed that she was still ‘on cloud nine’ after the ‘special’ proposal as she thanked her husband-to-be as well as her friends and family.

Jaime Winstone is engaged! The actress, 37, announced that her boyfriend James Suckling got down on one knee at Glastonbury

Alongside the photos she penned: ‘THE MOST MAGIC OF TIMES WERE HAD!! Thank you for setting and creating the amazing beautiful special memories for me and James!

‘Couldn’t of asked for a more perfect Engagement, still on cloud nine! Wow love you Glastonbury, love to all my beautiful friends and a special love to my fiancé James.’

Biden tells union members Ukraine war could go on for a long time and...

Prince Edward and Countess of Wessex go to church on third day of Caribbean...

Queenslanders to be given $175 cost of living payment: Here’s how you can get...

Julianna Margulies steps out in style with husband Keith Lieberthal for stroll together in...