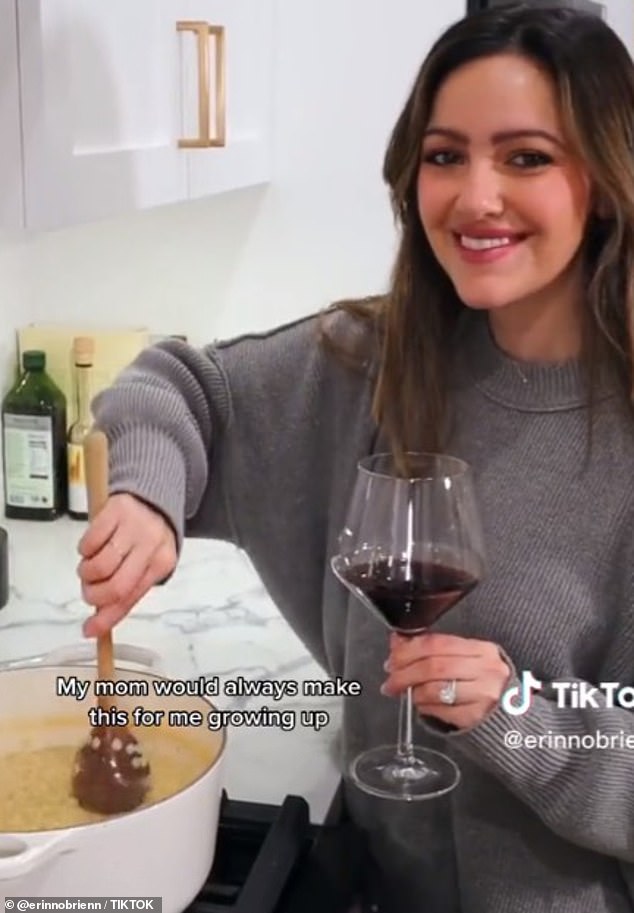 A simple 10-minute soup recipe has sent the internet into a spin after it was branded the cure all to any illness.

As the weather gets colder and cold and flu season kick into full gear, the internet has turned to Italian-American dish Pastina soup – which is made with just four ingredients – and has users dubbing it the ‘ultimate comfort food.’

The dish made with star-shaped pasta, parmesan, chicken or vegetable broth, butter, and an egg – which is optional – has taken over the spot of chicken noodle soup and quickly become a fan favorite and has even gone viral on TikTok, with the hashtag #Pastina garnering 80.4 million views. 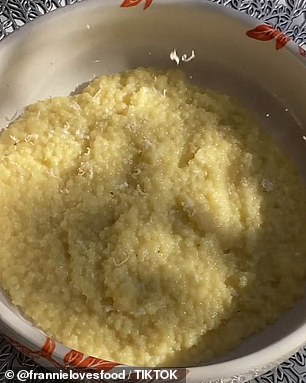 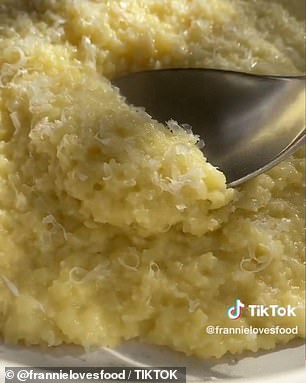 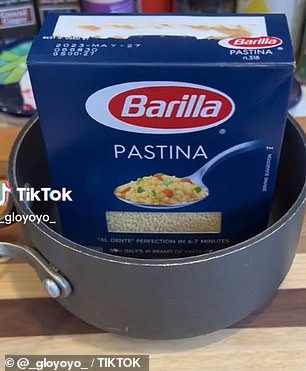 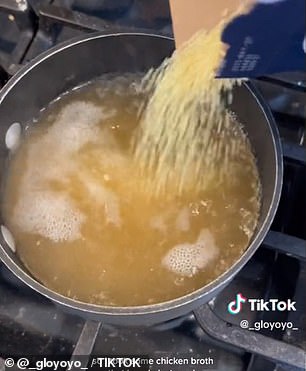 Food lovers and chefs have dubbed it the ‘ultimate comfort food’

The soup is made by boiling the pasta along with your choice of either chicken or vegetable stock, adding butter and parmesan – while the pot is off the heat – and after stirring it all together, you’re all set to kick that cold to the curb or just enjoy a warm bowl of comfort food while snuggling up on your couch.

Beat cold and flu season with the beloved Pastina soup

Social media users can’t get enough of the soup, with one Italian chef and mom  sharing her rendition of the miracle soup.

In a viral video, which amassed over 500,000 views, chef Frannie shared the recipe to Italian penicillin or what she called an ‘absolute cure all’ of a dish.

‘My daughter is home sick and I’m going to remedy that right now,’ she said before showing her over 107,000 viewers how to create the soup.

First, you will begin by bringing three cups of chicken broth or vegetable broth to a boil and adding in one cup of Pastina.

Frannie recommends stirring with a wooden spoon often as the star-shaped pasta has a tendency to stick to the bottom of the bowl.

Cook until the pasta has absorbed most of the water and then take the pot off the heat.

Throw in two tablespoons of butter, stir and add in freshly grated parmesan, before stirring until creamy.

If you want an ‘extra protein kick,’ you can add in an egg, but Frannie notes ‘you do not need do to that.’

However, if you do want to add the egg, she explained that you should add it off the heat and ‘stir vigorously so it becomes a nice, creamy mixture.’ 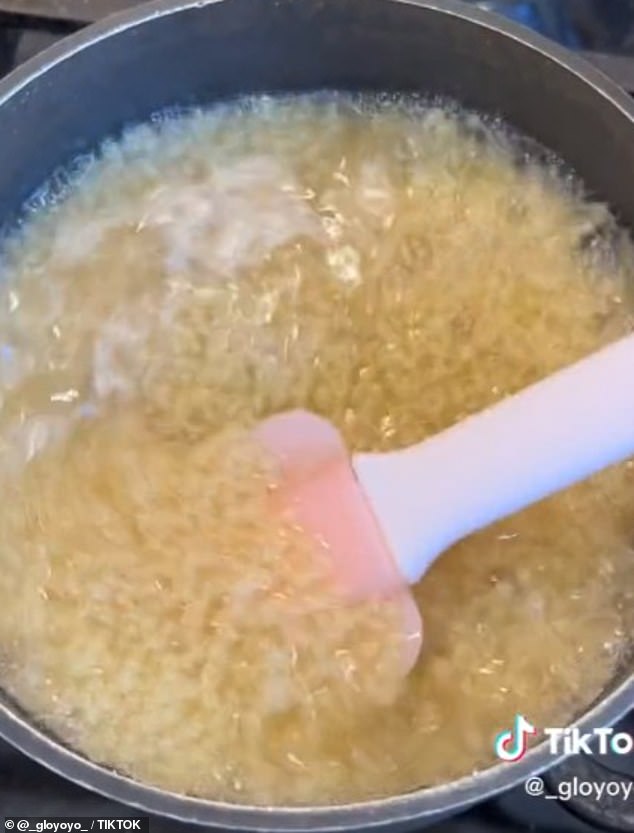 It is made with just four ingredients – Pastina, butter, parmesan and chicken or vegetable stock 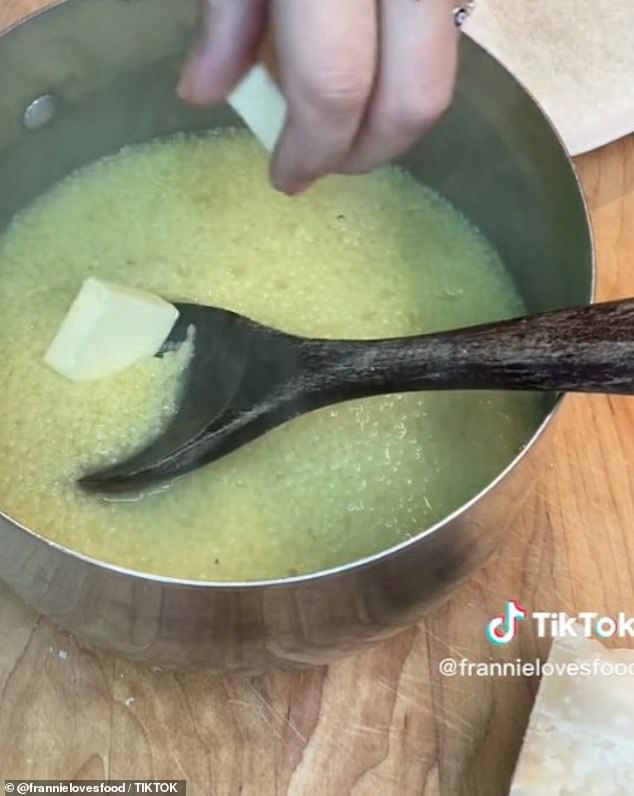 First, you will begin by bringing three cups of chicken broth or vegetable broth to a boil and adding in one cup of Pastina and then add butter 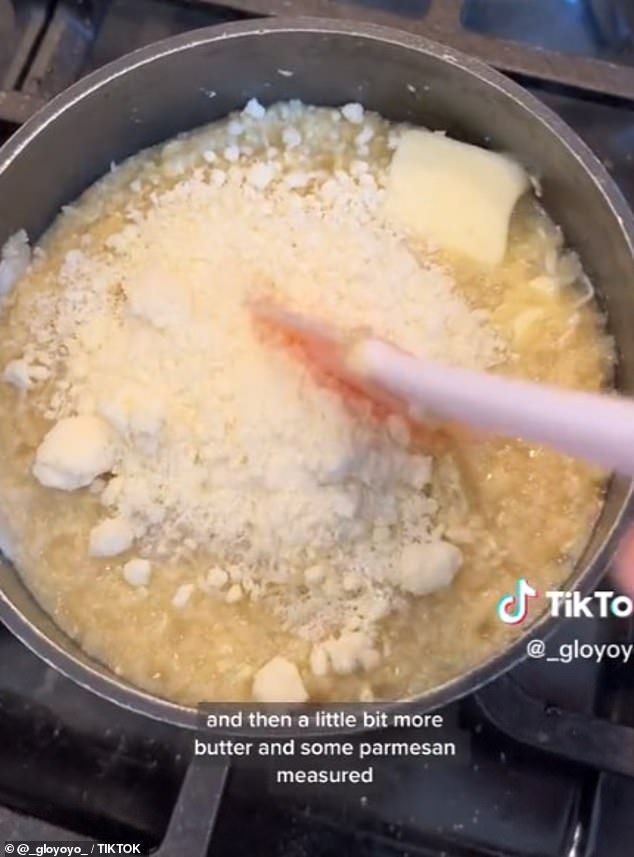 While the pot is off the heat, stir in freshly grated parmesan cheese to make it extra creamy

‘I truly believe [this dish] is magic, it’s like a warm hug in a bowl,’ she said at the end of her video.

And while every family has their own recipe and take on the soup, one thing is they can all agree on is that the dish will help cure you.

Another user, Corre Larkin, revealed users can even add a little something extra to the dish by mixing in carrots and spring onions.

Chef Danielle Sepsy also recreated the viral recipe in a video garnering over 1.5 million views, the chef put her own take on the classic dish by transforming it into a ‘Cacio e Pepe Pastina.’

‘Growing up in an Italian- American household, if you were under the weather there was just one thing that you were going to get, Pastina,’ the chef said at the beginning of her video before adding that this dish would have you begging for more ‘whether you were sick or not.’

For chef Danielle’s version, you will begin by bring two cups of chicken or vegetable stock along with half a cup of water. 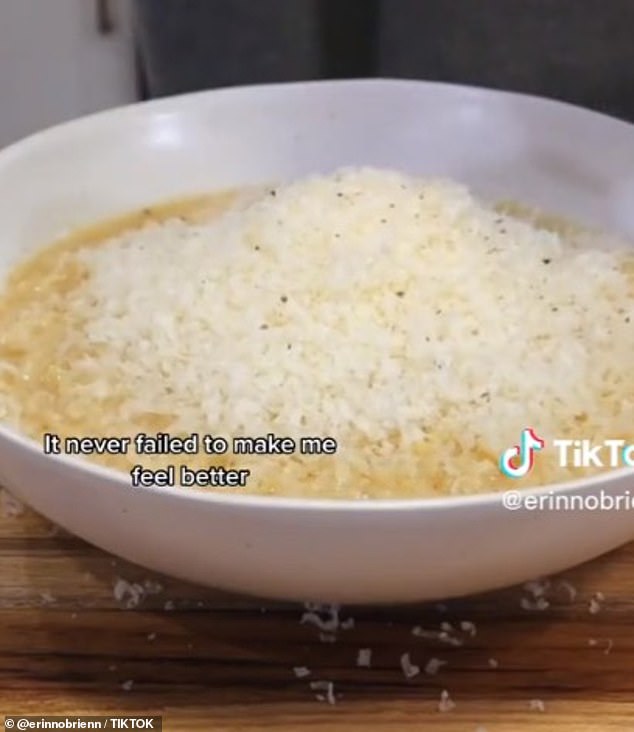 While every family has their own recipe and take on the soup, one thing is they can all agree on is that the dish will help cure you 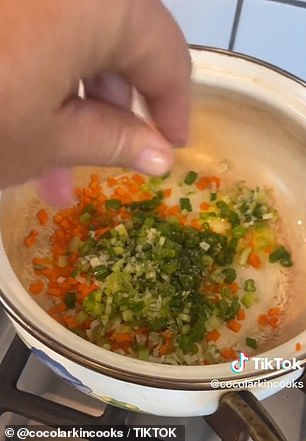 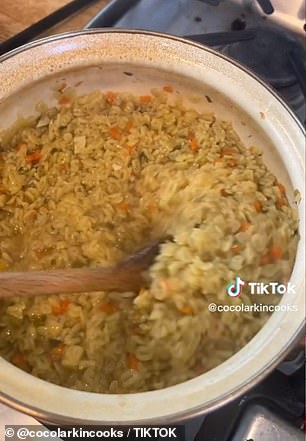 Another user, Corre Larkin, revealed users can even add a little something extra to the dish by mixing in carrots and spring onions

When it comes to a boil, add a pinch of salt and one cup of Pastina pasta.

Then, ‘stir with a wooden spoon, and cook for a few minutes until the pasta stirs a lot of that liquid.’

In a five minutes, the star-shaped pasta should have absorbed the liquid.

Next, you will take the pot off the heat and throw in three tablespoons of butter, freshly grated parmesan.

Stir it together, before throwing it into a bowl and topping it off with black pepper to taste, more parmesan and a drizzle of olive oil.

Other users hopped on the Pastina trend and shared their own version, including user Glo and Erin O’brien, who both dubbed it the perfect ‘comfort food.’

Social media users gushed over the dish, noting that it was ‘magic’

Social media users gushed over the dish, noting that it was ‘magic’.

One user said: ‘Just made this, thank you! Sick and this is magic!”

‘Made this tonight. Loved it. Thanks,’ added another user.

Another user wrote: I have strep right now and I made this tonight and it was so comforting and warm my new go to when I’m sick.’

‘It’s cold and flu season and my pantry is filled with boxes of Pastina so we’re prepared. We make it identical to your recipe, egg and all!! This dish literally cures what ailes ya!’ said one user.

Motocross fashions are trending thanks to celebs like Kendall Jenner