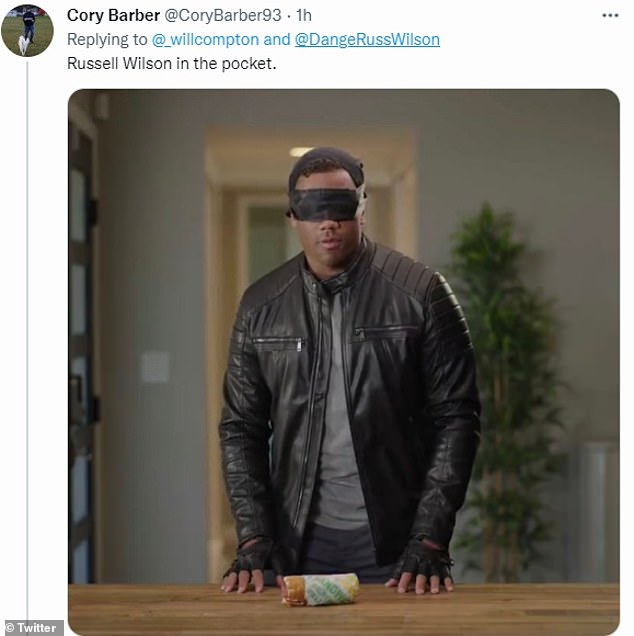 Subway have removed Russell Wilson’s famous ‘dangerwich’ from its menu but they say it is not in the aftermath of his latest bizarre advert for the sandwich conglomerate.

The fast food chain has contended there is no correlation between the advert and the sub’s disappearance.

The sandwich debuted in February and was removed in August — long before the second advert surfaced on the internet.

Twitter users made sure to mock Russell Wilson after the odd advert. Subway have removed his famous ‘dangerwich’ from its menu but they say it is not in the aftermath of the ad

‘Subway works with a variety of athlete partners, and The Vault is the perfect place to showcase their favorite sandwiches,’ a spokesperson told Dailymail.com. 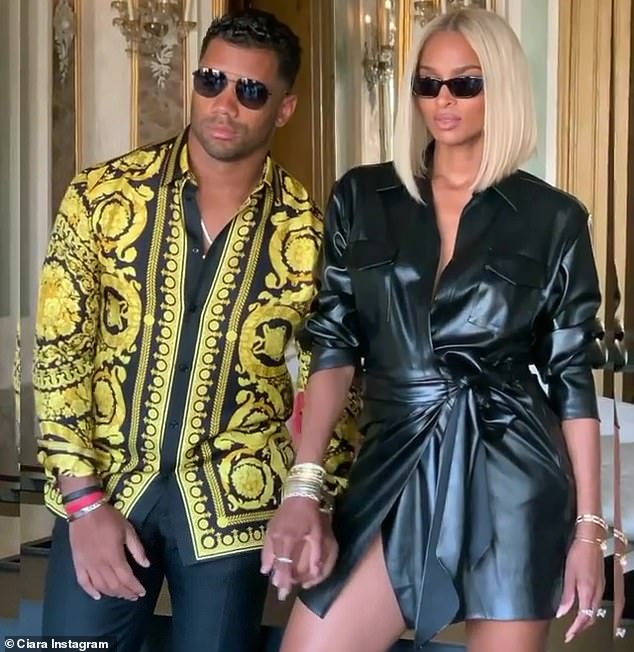 ‘Can you connect me with your manager so we can have a conversation @DangeRussWilson?’

The amusingly cringeworthy campaign prompted Compton to ask to speak with Wilson through his manager, a cheeky reference to the recent allegation Seahawks teammates could only reach Wilson by those means. 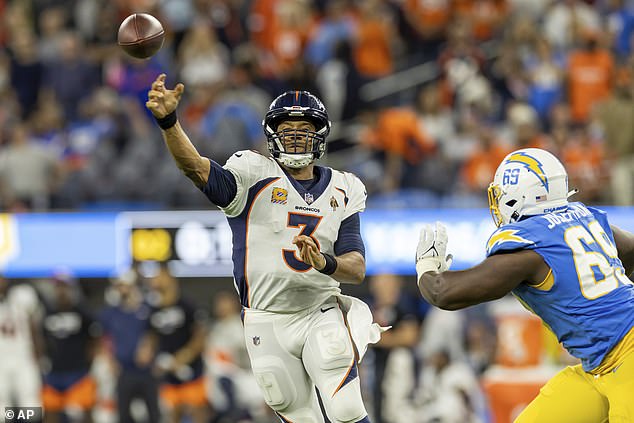 Unsurprisingly, most of the reaction poked fun at Wilson and referenced his — and Denver’s — underwhelming start to a season in which many thought they would compete for the AFC title.

‘There’s no way Ciara signed off on this,’ one user jibed. Another said ‘this dude is a meme before he’s a QB.’

Wilson’s quarterback play wasn’t safe from criticism either with bettors urged to ‘hammer the Jets moneyline’ ahead of New York’s trip to Mile High Sunday.

While one savage user suggested Wilson is as blindfolded in the pocket as he was during the Subway commercial.

Some made mention of Wilson’s wife, Ciara, while others expressed admiration and ridicule

Wilson did incur some praise for a willingness to dive into the persona which often results in widespread ridicule.

‘This is wonderful,’ one fan wrote. ‘Haters call him corny and he doesn’t run from it, he leans into it.’

Former teammates Richard Sherman and Marshawn Lynch, who both played with Wilson in Seattle, brought to light how allegedly difficult it can be to get hold of the star quarterback while on Sherman’s self-titled podcast last week.

Lynch told Sherman he wanted to ‘reach out’ to Wilson following his struggles in Denver, to which Sherman gleefully replied ‘then reach out to him… his manager, his manager.’ 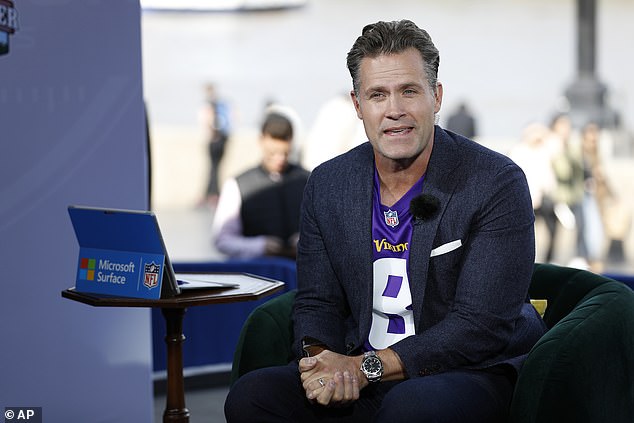 It isn’t the first time this season Wilson has been critiqued for his off-field quirks after NFL personality Kyle Brandt went in on the one-time Super Bowl champion after a MNF loss to Indianapolis.

‘I work the NFL honors, I work the red carpet… Russell Wilson shows up with his sunglasses and his wife, and I think, they think they’re Jay-Z and Beyonce and they will literally put their hand up and say “no, we’re not talking.”

‘I think he tries to be something he’s not,’ Brandt continued. ‘When you make the $245million you’ve either got to be a really great guy with the locker room who loves you, or you’ve got to be an amazing player.

‘Brady, who makes half of what Russell’s making, is both. Rodgers; MVP. Patrick Mahomes; both. [Josh] Allen; people love him, he’s amazing…Russell Wilson; first of all, the Broncos fanbase has no history with him, they have no allegiance to him.’

Wilson arrived at Mile High to much fanfare following an offseason trade with Seattle. Soon after, he was awarded a five-year, $245m extension by the three-time Super Bowl champions.

With the team holding a troubling 2-4 record, Wilson is under pressure to recover from a hamstring injury in time for the visit of the resurgent 4-2 New York Jets.

Although anything is possible with Wilson it seems. ‘I heal quick, it’s wolverine blood or something,’ he said Wednesday. 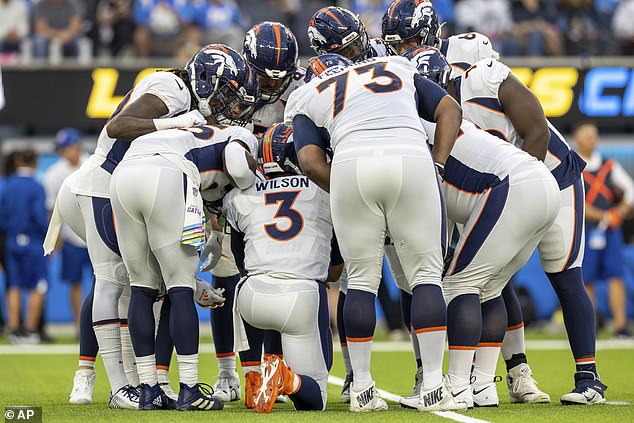 Vicky White dumped her Ford SUV in Tennessee a week ago hours after jail...