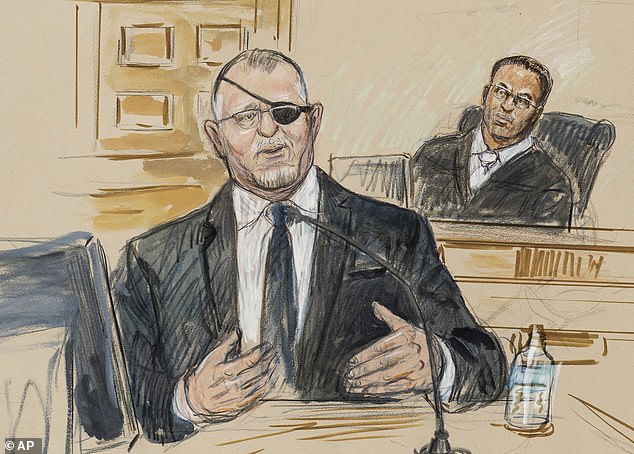 Rhodes and his co-defendants are accused of a weekslong plot to stop the transfer of power from Republican Donald Trump to Democrat Joe Biden.

One co-defendant, Kelly Meggs, was also found guilty of seditious conspiracy on Tuesday, while three others – Kenneth Harrelson, Jessica Watkins and Thomas Caldwell – were acquitted of that charge. All were found guilty on obstructing official proceeding on Jan 6. The maximum sentence is 20 years in prison.

Prosecutors say the plot came to a head on Jan. 6, 2021 when Rhodes’ followers stormed the Capitol alongside hundreds of other angry Trump supporters.

Hundreds of people have been convicted in the Capitol attack that left dozens of officers injured and sent lawmakers running for their lives. 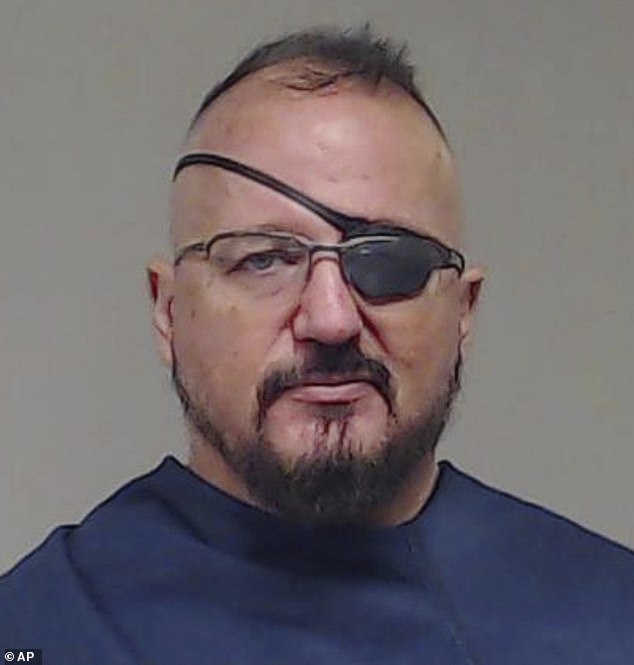 Rhodes, a Yale Law School-educated former Army paratrooper and disbarred attorney, was accused by prosecutors during an eight-week trial of fomenting a plot to use force to block Congress from certifying President Joe Biden’s election victory over Trump.

He was the best-known of the five defendants in the most significant of the numerous trials arising from the deadly Jan. 6, 2021, Capitol riot.

U.S. District Judge Amit Mehta has presided over the trial. The jury deliberated for three days.

Rhodes, who wears an eye patch after accidentally shooting himself in the face with his own gun, is one of the most prominent defendants of the roughly 900 charged so far in connection with the attack.

Rhodes in 2009 founded the Oath Keepers, a militia group whose members include current and retired U.S. military personnel, law enforcement officers and first responders. Its members have showed up, often heavily armed, at protests and political events around the United States including the racial justice demonstrations following the murder of a Black man named George Floyd by a white Minneapolis police officer.

Prosecutors during the trial said Rhodes and his co-defendants planned to use force to prevent Congress from formally certifying Biden’s election victory. Meggs, Watkins and Harrelson all entered the Capitol clad in tactical gear. 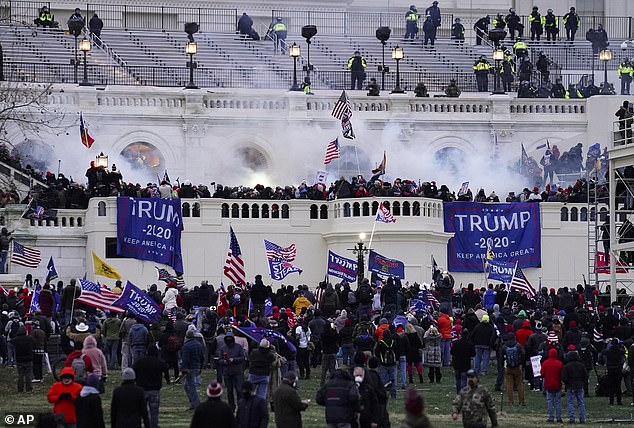 The defendants was were accused of creating a ‘quick reaction force’ that prosecutors said positioned at a nearby Virginia hotel and was equipped with firearms that could be quickly transported into Washington if summoned.

Fifty witnesses testified during the trial. Rhodes and two of his co-defendants testified in their own defense. They denied plotting any attack or seeking to block Congress from certifying the election results, though Watkins admitted to impeding police officers protecting the Capitol.

Rhodes told the jury he had no plan to storm the Capitol and did not learn that some of his fellow Oath Keepers had breached the building until after the riot had ended.

Prosecutors during cross-examination sought to paint Rhodes as a liar, showing him page after page of his inflammatory text messages, videos, photos and audio recordings.

These included Rhodes lamenting about not bringing rifles to Washington on Jan. 6 and saying he could have hanged U.S. House of Representatives Speaker Nancy Pelosi, a Democrat reviled by the right, from a lamppost.

Watkins, a transgender woman who fled the U.S. Army after being confronted with homophobic slurs, and Caldwell, a disabled U.S. Navy veteran, also chose to testify.

Watkins admitted to having ‘criminal liability’ for impeding police officers inside the Capitol and apologized. At the same time, Watkins denied having any plan to storm the building, describing being ‘swept up’ just as enthusiastic shoppers behave on ‘Black Friday’ when they rush into stores to purchase discount-price holiday gifts like TVs.

Caldwell, who like Rhodes did not enter the Capitol building and never formally joined the Oath Keepers, tried to downplay some of the inflammatory texts he sent in connection with the attack. Caldwell said some of the lines were adapted from or inspired by movies such as ‘The Princess Bride’ and cartoons such as Bugs Bunny.

Schoolgirl raped by teen boy at party in the Blue Mountains accused of fabricating...

MAFS’ Sarah Roza has the time of her life after getting called on stage...