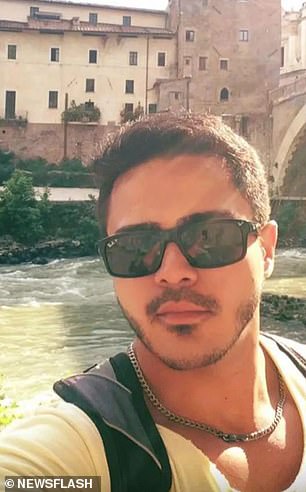 By Dale Fox For Mailonline

A 33-year-old man plunged nearly 40ft to his death after he lost his balance while taking a selfie in Brazil.

He was trying to take a selfie when he fell from a height of around 40 ft and was killed when he hit his head on another rock below, local media reported. 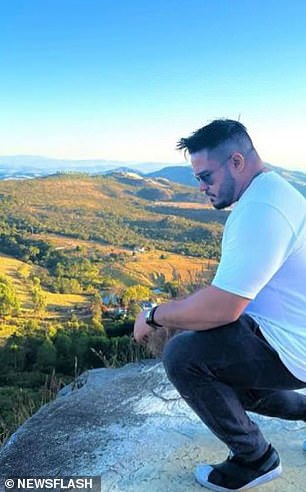 His devastated mother, 60-year-old Luiza Rodrigues, said: ‘In the morning he had signed a contract with a company he wanted to work for. So he went out with a friend to have a little celebration on the beach.

‘I talked to him, asked where he was. He replied that he was on the beach. But I don’t know why he decided to climb that high rock.’

Firefighters were dispatched to the scene but pronounced Igor dead before using a helicopter to remove his body from the spot.

Igor was a graduate of the Federal University of Rio de Janeiro and had two post-graduate qualifications.

His mother told local media: ‘He was an only child, he studied, he had a whole life ahead of him.’

His grieving father, Jonas Dias, said: ‘He died before me, and I don’t accept that. I think that every son has to bury his father, and not the father bury his son. It was a tragedy.’

Rio de Janeiro Fire Department spokesman Fabio Contreiras said: ‘We always have to be safe, never get close to the edge of the rocks, ask someone to take a picture, if necessary.

A Spanish study published last year showed that between January 2008 and July 2021, one person died every 13 days in an accident while trying to capture a landscape.

Amanda Bynes is seen for the first time since denying nude photo circulating on...

Lauren Laverne is ‘utterly heartbroken’ by her mum’s death as she pulls out of...

Jesinta Franklin climbs over rocks and poses in a one-piece swimsuit at Wyllie’s Baths...