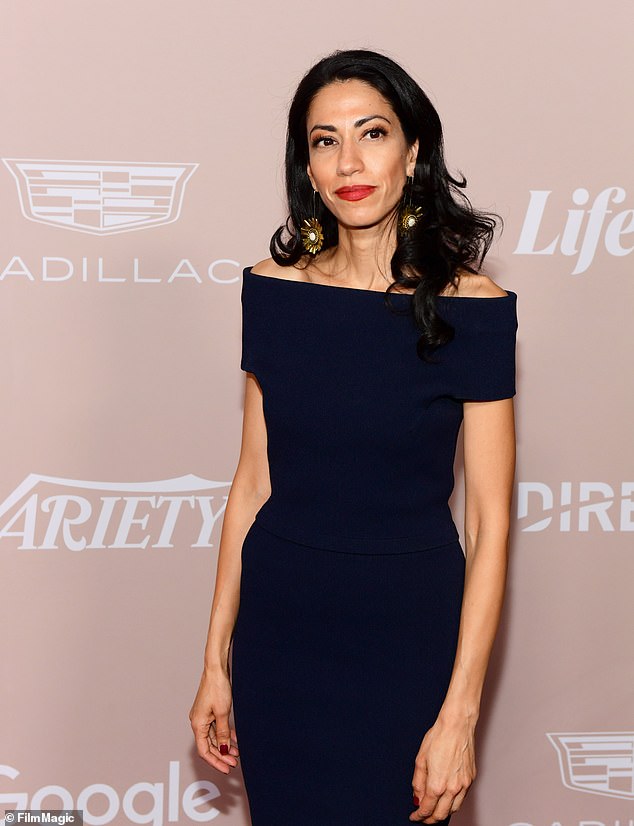 Huma Abedin isn’t dismissing a potential future run for office after spending her career supporting Democratic politicians like Hillary Clinton and her ex-husband Anthony Weiner – but said she ‘doubts’ she would make a bid.

The longtime aide to the Clintons told Cats Roundtable host John Catsimatidis on Sunday morning that she is of the philosophy and stage of life where she wants to keep her options open.

‘I am in that phase of my life where I say, ‘Never say never,’ Abedin, 46, said to the conservative radio show host. ‘But I don’t see it.’

‘I was married for a long time to one of, I think, the most dynamic politicians out there – and successful. And I worked for another politician – these were next level public servants in terms of the work that they did,’ she said of Weiner and Clinton.

‘I loved supporting them,’ Abedin continued. ‘I’ve always been ambivalent about me being out in public myself.’

Longtime Clinton aide Huma Abedin didn’t shut the door to the potential of running for public office in the future, but said she ‘doubts’ she will make a bid and prefers to serve ‘behind the scenes’

‘There are many ways to serve. And I chose to do it behind the scenes. I liked it. I don’t see myself on stage.’

She, however, said that she wants to keep her options open, saying: ‘Who knows what the future holds? You never know, but I doubt it. I really seriously doubt it.’

The two got divorced after Weiner faced multiple allegations of sexting – and pled guilty to sending these obscene images to a minor.

The Democratic aide reflected Sunday morning on her 26 years working as top aide to the Clintons. 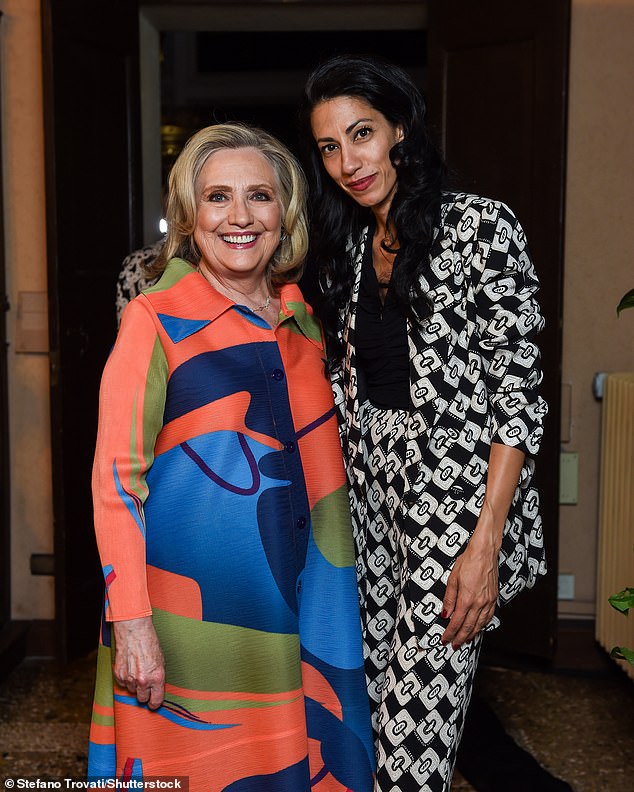 Abedin has worked for the Clintons for 26 years – and notably is Hillary’s right-hand-woman. The dup is pictured together at the 2022 Venice Film Festival in Italy on September 1 this year 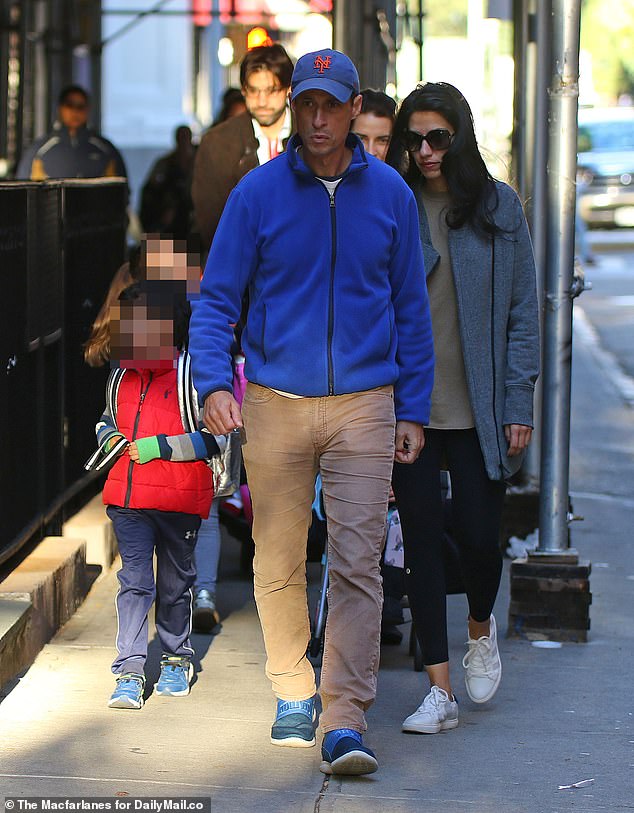 Abedin was married to former Representative Anthony Weiner from 2010-2017. The two divorced following a public scandal where Weiner pled guilty to sexting a minor. Pictured: Abedin and Weiner walk their son Jordan to school

She also talked about the energy in the room when Hillary Clinton became the first-ever female nominated for president for one of the two major political parties and being the person to call Barack Obama to concede in the 2008 primaries on behalf of her longtime boss.

Most recently, Abedin was pictured in Italy with Clinton for the Venice Film Festival.

‘For me, Hillary Clinton has been a mentor and a friend and a guide,’ Abedin told Catsimatidis. ‘It’s just been an extraordinary adventure.’

Abedin said that she continues to work for the Clintons because she has never had the feeling that she ‘didn’t want to go to work’ in the morning.

Woman in her 20s ‘sexually assaulted at a bus stop and then again when...