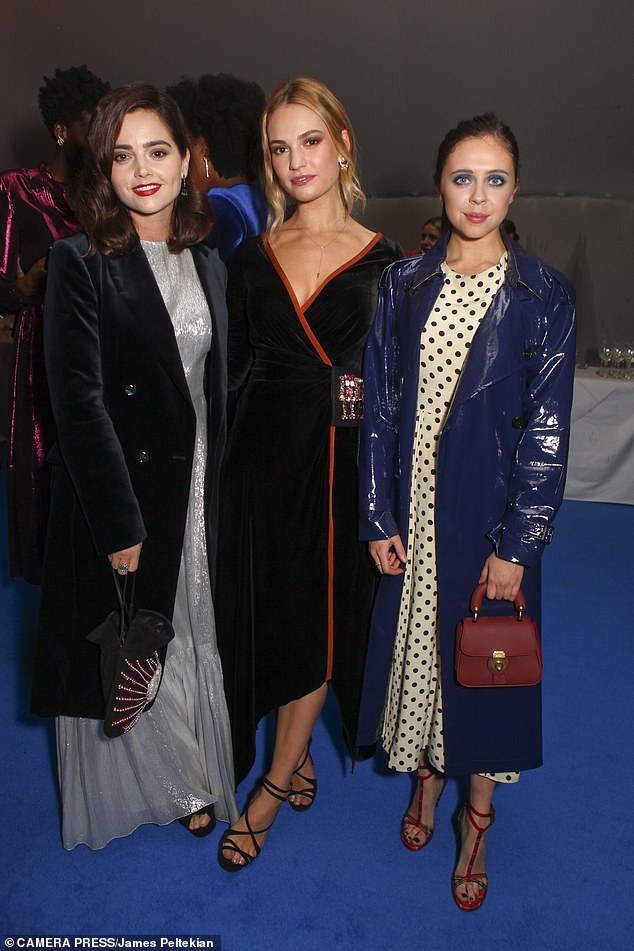 By Katie Hind For The Mail On Sunday

Rising star Bel Powley is being mentored by Lily James on how to handle her growing fame on both sides of the Atlantic.

Bel, who appeared in Apple TV+’s The Morning Show alongside Jennifer Aniston and Reese Witherspoon, is taking guidance from her close friend Lily – famous for Downton Abbey and Pam & Tommy.

The two are also part of the same North London social circle. Bel is engaged to Great Expectations actor Douglas Booth, who is also rumoured to have dated Lily.

A source said: ‘Lily and Bel are really good friends. As Bel becomes more and more in the public eye, Lily is there to help her. Of course, few know as well as Lily what it’s like to be talked about a lot.’

Lily James (centre) has taken rising star Bel Powley (right) under her wing, as the actress’ fame grows on both sides of the pond. The pair are pictured with fellow actress Jenna Coleman

Two years ago, Lily, 33, found herself being trolled on social media after pictures were published of her kissing married co-star Dominic West during a sunshine trip to Rome.

Bel, 30, is currently starring as Birdy in the BBC’s adaptation of Dolly Alderton’s coming-of-age memoir Everything I Know About Love, alongside Emma Appleton, who portrays her best friend Maggie.

Bel, whose mother Janis Jaffa is a casting director, was educated at Holland Park School in West London before she began acting as a teenager in TV shows such as the Dickens adaptation Little Dorrit and the crime series Murderland. 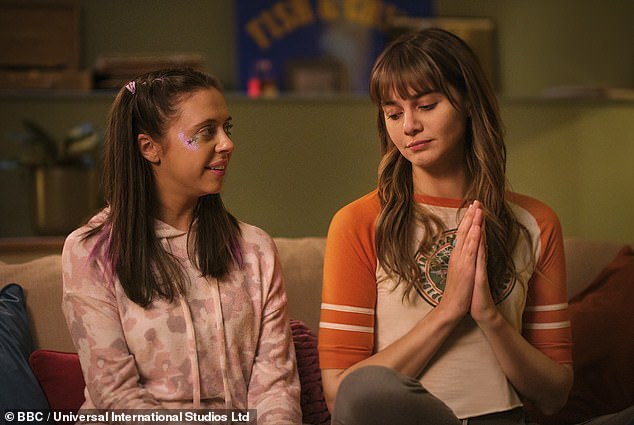 She was later in the sitcom Benidorm. In 2019 she won a high-profile role playing the British character Claire Conway in the award-winning The Morning Show, about a US breakfast news programme.

Last summer, Booth took to Instagram to reveal he had asked Bel to marry him. Alongside a picture of the pair, he wrote: ‘Very, VERY happy!’

The date of their wedding is not yet known. 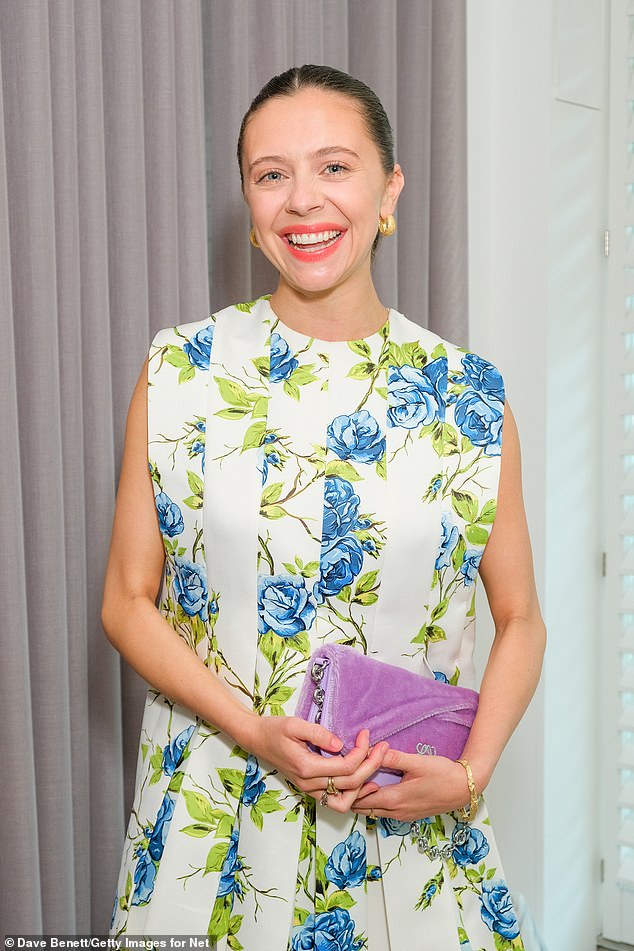 Which Is The Better Lens For A Sony A6000 Camera :