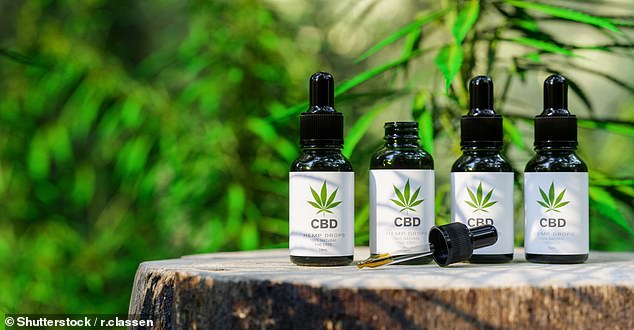 By Stephen Adams for The Mail on Sunday

Trendy cannabis-based products that have become a £700 million-a-year business in the UK do not appear to alleviate pain, according to a major US study.

Over the past decade there has been a boom in sales of oils, sprays and ointments containing cannabidiol (CBD) – one of the main active ingredients in cannabis but which does not produce the ‘high’ associated with the Class B drug.

Many adverts for CBD products imply health benefits, including pain relief, although as almost all are classed as food supplements, makers are banned from making explicit claims. But researchers, in a study backed by the US government, have now found little evidence they help in this respect.

Writing in the journal Annals Of Internal Medicine, author Professor Marian McDonagh, of Oregon Health and Science University, said: ‘With so much buzz around cannabis-related products, and the easy availability of marijuana in many [US] states, consumers might assume there would be more evidence about the benefits and side effects. Unfortunately, there is very little scientifically valid research into most of these products.’

POPULAR: The market for CBD products has boomed in recent years

The researchers found that products very high in tetrahydrocannabinol (THC) – the psychoactive compound in cannabis that does cause its ‘high’ – did appear to help chronic pain, at least in the short term, although patients put on them frequently suffered sleepiness and nausea.

However, CBD products sold in UK shops can, by law, contain no more than 1mg of legally controlled cannabinoids such as THC. For a 30g bottle of CBD oil, that equates to about 0.003 per cent THC.

Dr Amir Englund, of the Institute of Psychology, Psychiatry and Neuroscience at King’s College London, said: ‘There is almost a complete lack of well-designed studies’ of cannabis products for pain relief and that few had tested the products against a placebo.

From Pirate to Hercules: Can you guess which celebrities these VERY unusual middle names...

IAN HERBERT: There are no tears for Cristiano Ronaldo as Portugal crash out of...

Andy Murray is OUT of the Australian Open after losing to Roberto Bautista Agut in...