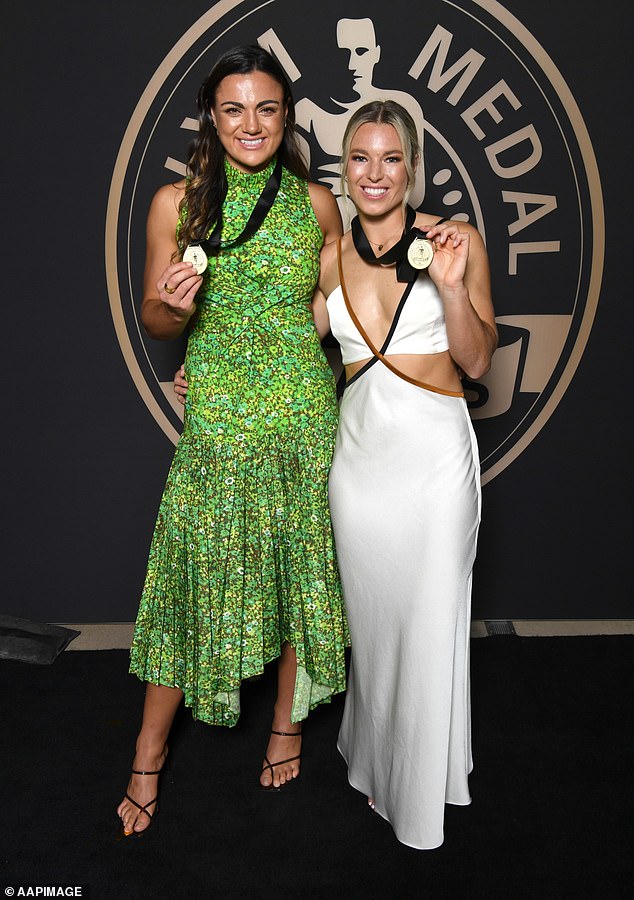 Emma Tonegato and Millie Boyle have been crowned joint winners of the 2022 Dally M medal for NRLW female player of the year.

It is the first time the coveted medal has been awarded to two players in the women’s game, with the St George Illawarra Dragons fullback and Brisbane Broncos prop polling the same amount of votes at Thursday’s NRLW awards ceremony in Brisbane.

Tonegato, 27, has been a competition standout following an eight-year stint playing rugby sevens.

The classy Dragons fullback also took out the Tackle of the Year award after her brilliant try-saving effort on star Sydney Roosters centre Jessica Sergis in round five.

Boyle, 22, is the second Broncos player to receive the prestigious award after halfback Ali Brigginshaw in 2020.

The energetic NSW Blues front-rower averaged just under 200 metres per game in the middle, and also finished with 14 tackle busts, two offloads and three tries in a season to remember.

In other awards, Dragons premiership-winner Jamie Soward took out the inaugural coach of the year award. 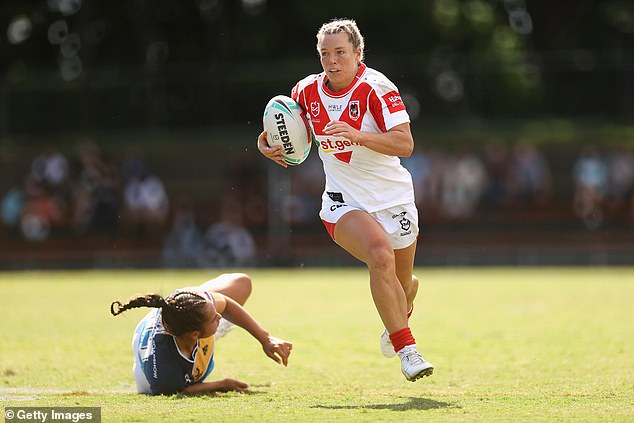 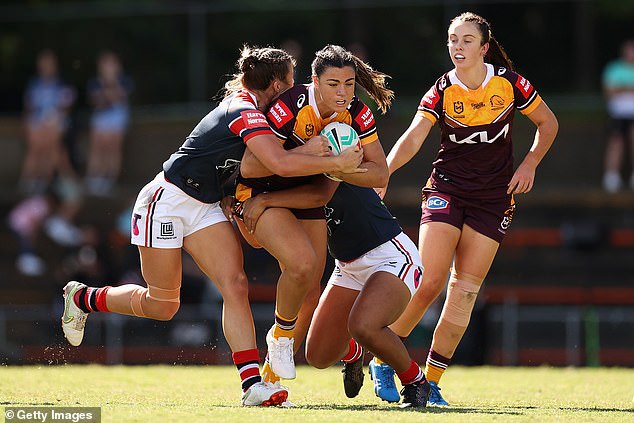 Millie Boyle was also a standout for the Broncos, averaging just under 200 metres per game in the middle

He was presented the gong by Wayne Bennett, who famously combined to win the Dragons’ last NRL title in 2010.

With Soward at the helm, the Dragons have lost just once this year.

Gold Coast Titans hooker Brittany Breayey-Nati was a popular choice as captain of the year after guiding her side to the semi-finals.

The NRLW grand final between the Dragons and Roosters is on Sunday, April 10 at 1.30pm (AEST) from Moreton Daily Stadium in Redcliffe, Queensland.

Lily Collins cuts a casual figure in a T-shirt and jeans while taking her...

James Corden FINALLY admits he was ‘ungracious’ to Balthazar waiter