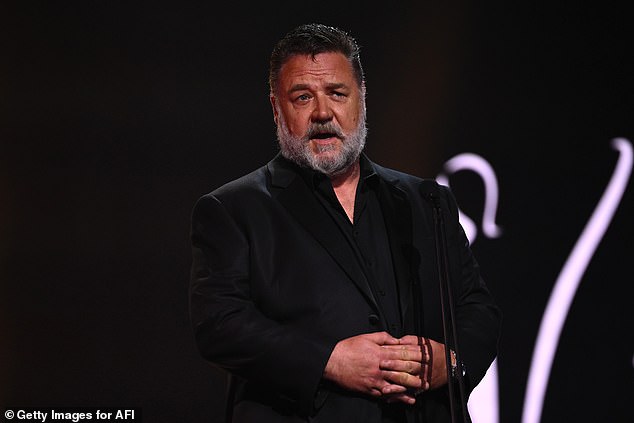 He is considered to be one of Hollywood’s greatest actors.

But Russell Crowe has not been back to the US to make a film since 2019.

The Gladiator star, who currently splits his time between his Nana Glen farm in Australia and his Sydney apartment, explained he’s often asked by his American friends why he hasn’t returned to the US post-pandemic.

‘My American friends are like ”what’s going on?”‘ he said during an interview on 2Day FM’s Hughesy, Ed & Erin breakfast show on Monday.

But after his last film in the US, thriller Unhinged, the pandemic hit.

The Oscar winner said his schedule in the past four years has not allowed him time to return to America. 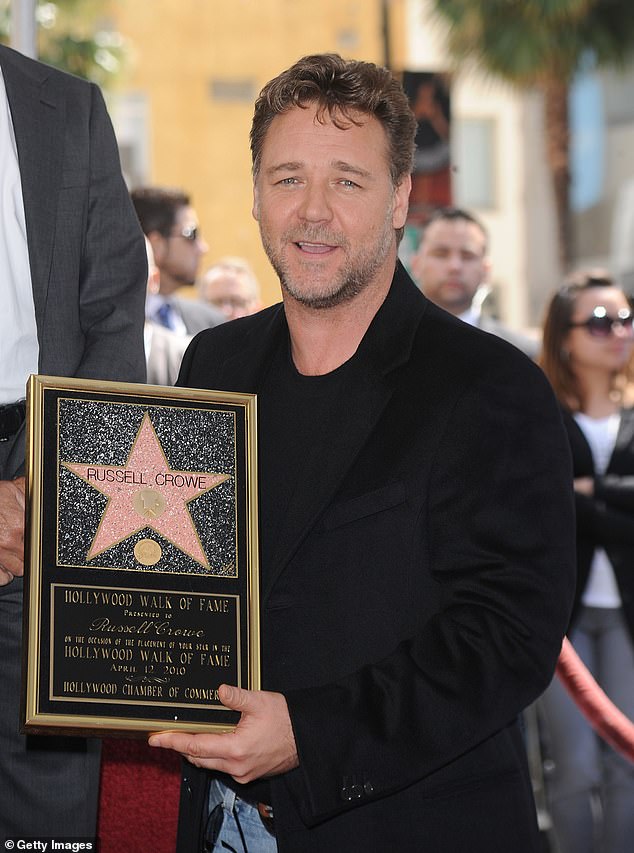 ‘I haven’t been back since for a press tour,’ he explained. ‘I’ve been able to wrangle a way to do most of the press sitting here on the phone on the farm.’

Over the past four years, Crowe has made films in Thailand, Malta, England, Ireland and Australia.

Elsewhere in the interview, the Gladiator star announced he will start filming a new movie Sleeping Dogs in Melbourne in February. 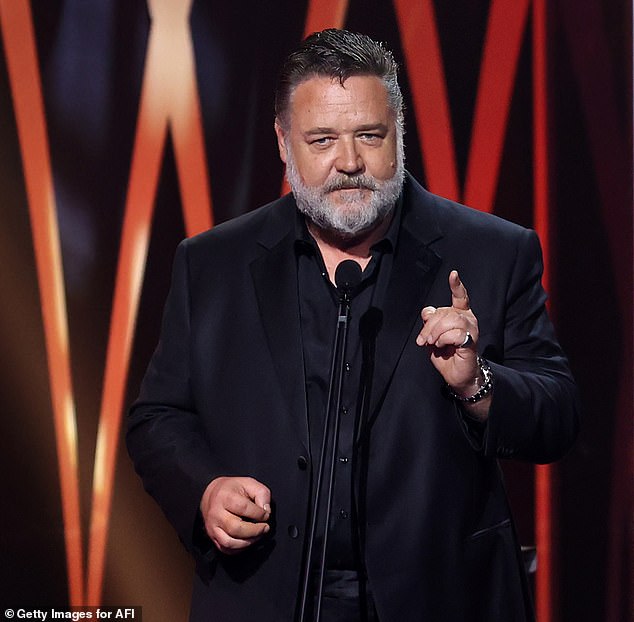 The thriller, based on the novel The Book of Mirrors by E.O. Chirovici, will re-unite Crowe with his Gladiator co-star Tommy Flanagan.

The Beautiful Mind star teased another forthcoming project in the chat, but did not reveal details.

‘Later in the year I go to Budapest,’ he said, explaining that the story of the un-named film ‘confirms events right at the end of World War II.’

‘It’s a great challenge to play the role, it’s going to be incredible.’

The New Zealand-born star also talked about his love of performing on stage with his new band The Gentleman’s Barber.

‘There’s nothing like it,’ he said, ‘it’s an adrenaline rush.’

Crowe went onto to reveal his band’s forthcoming performances next week in Coffs Harbour will include special guest artists, including a chart-topping female star and an award-winning male artist. 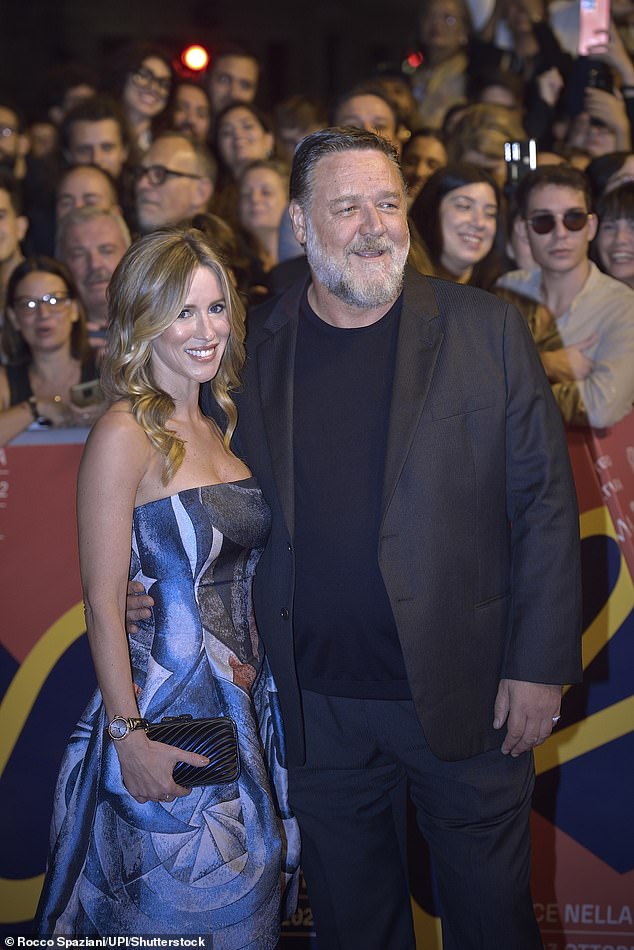 Over the past four years, Crowe made films in Thailand, Malta, England, Ireland and Australia.(He is pictured at the Rome Film Festival last year with his partner Britney Thierot)