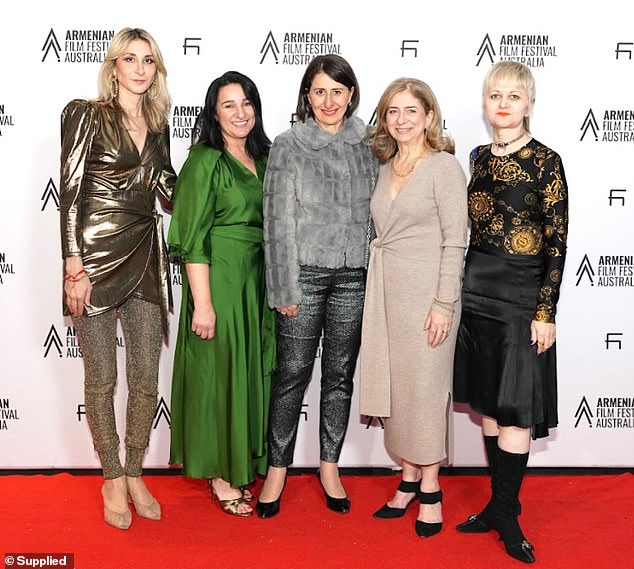 And the 51-year-old made a return to the spotlight on Saturday when she attended the Armenian Film Festival in Sydney.

Gladys took centre stage alongside her sisters Rita and Mary at the event, which celebrates Armenian culture.

Spotlight: Ex-NSW Premier Gladys Berejiklian, 51, (centre) returned to the public spotlight on Saturday when she attended the red carpet of the Armenian Film Festival in Sydney. Pictured with sisters Mary (far left) and Rita (far right)

Gladys, who was named patron of the event, was all smiles in a glamorous grey fur-look coat and pair of stylish pants.

She posed with her sister Mary who wore a glamorous gold wrap dress and glittering gold tights.

Her other sister Rita opted for a black and gold long sleeve top and skirt, which she paired with black boots. 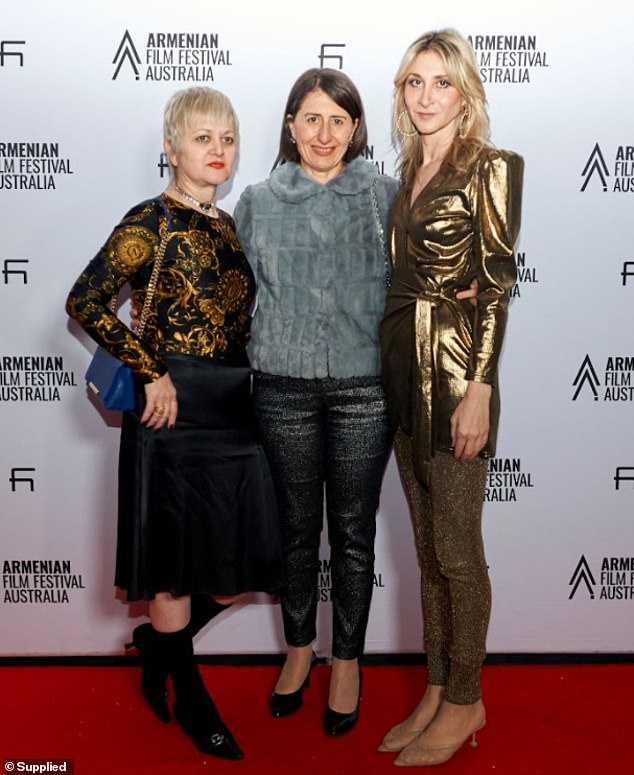 Family affair: A stylish Gladys stood alongside sisters Rita (L) and Mary (R) as they walked the red carpet at the cultural event

The event was held at Top Ryde cinemas with it full of Armenian food, live music, song and dance performances.

Gladys has shaken off the high-profile life of politics with her now working as a managing director at Optus.

The political star rejected a role in federal politics before taking the job. 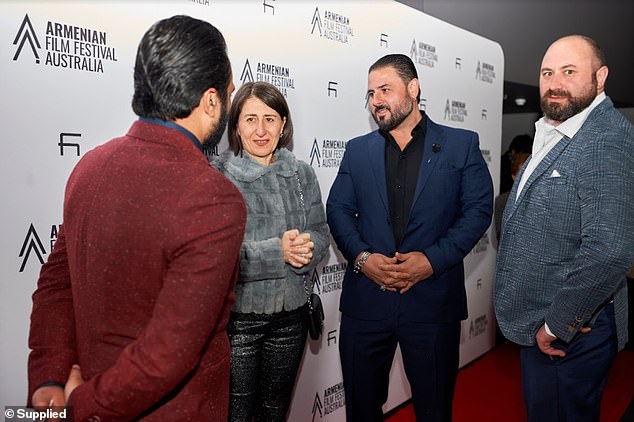 Political star: Gladys, who was named patron of the event, was all smiles in a glamorous grey fur-look coat and pair of stylish pants

Ms Berejiklian hinted in December she would be moving into the private sector after a tumultuous period in charge of the state during the ongoing Covid pandemic.

The former premier abruptly resigned from office after ICAC announced an investigation into her actions following claims she prioritised funding to projects pushed by her ex-partner and now ex-MP Daryl Maguire.

‘I’m going in another different direction and I’m looking forward to the opportunities next year brings,’ she told Nine radio last year. 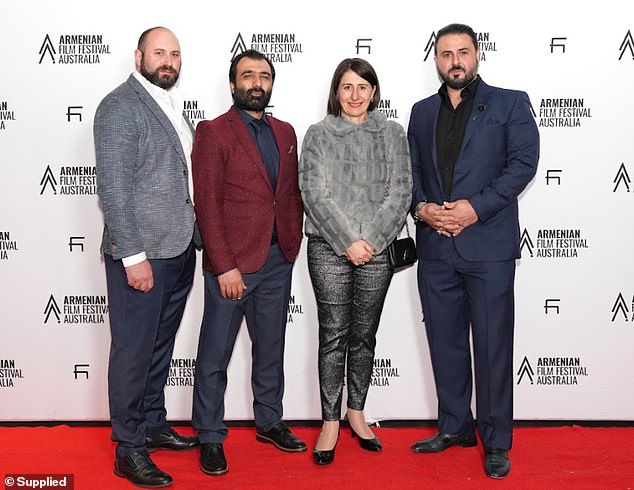 Ritzy: Gladys was at home as she took centre stage at the event. The former NSW leader was named patron of the event. Seen here posing with other guests

‘I’m looking forward to a much less public life.’

The former NSW premier will look to help Optus close the gap on market leader Telstra.

‘I am excited and proud to join an organisation that impacts the lives of millions of Australians every day and prides itself in providing outstanding customer service,’ she said.

‘I look forward to working with Kelly and the Executive Team of Optus who are providing inspiring and innovative leadership in the telco sector.’ 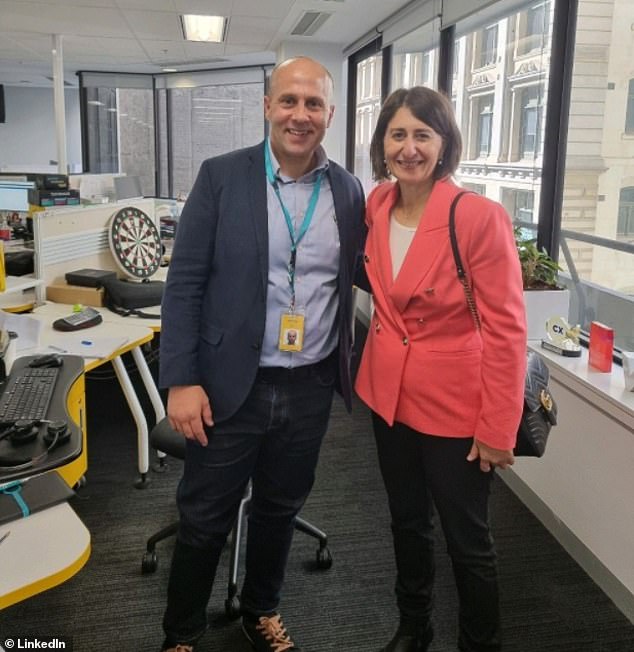 Private: Gladys Berejiklian has shaken off the high-profile life of politics and is now working a 9-5 office job alongside everyday Australians at telco giant Optus. Here with a colleague

Eva Longoria poses in a sports bra before as she gears up for the...

Nick Knowles addresses THAT axing conflict from DIY SOS and confirms it is ‘sorted...