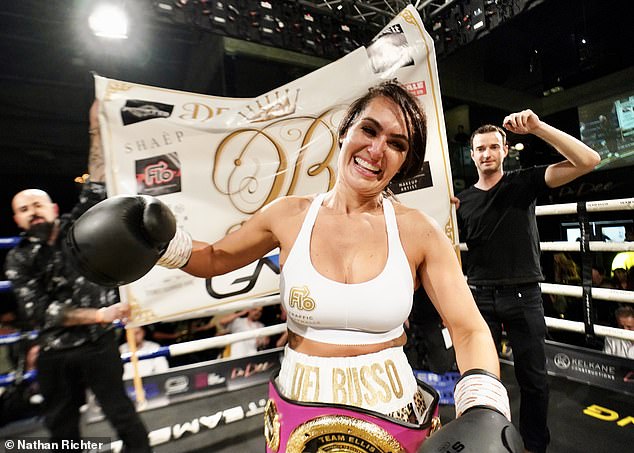 By Dan Cancian For Mailonline

Del Busso and Katarina got into the ring at the Pretender to Contender: Winner Takes All match at the Melbourne Pavilion, with Del Busso prevailing by unanimous decision after three rounds.

The bout came months after the 29-year-old claimed she was ‘dropped’ from her previous debut match last December.

Speaking about ahead of the fight, Del Busso told Daily Mail Australia: ‘I’m really looking forward to it, and have been dedicated and training five times a week.

‘It’s something I have always wanted to do, and this is a great opportunity for myself. I have received such great support and have a lot of people behind me, and what better than to put a show in front of my own city of Melbourne?’

Del Busso was initially scheduled to make her boxing debut on December 22 last year against English model Kate McLaren at the No Limit event in Sydney, on the same card headlined by Paul Gallen’s bout against Darcy Lussick. 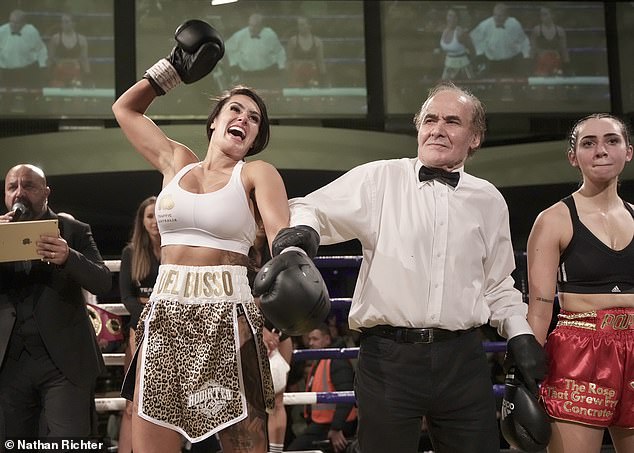 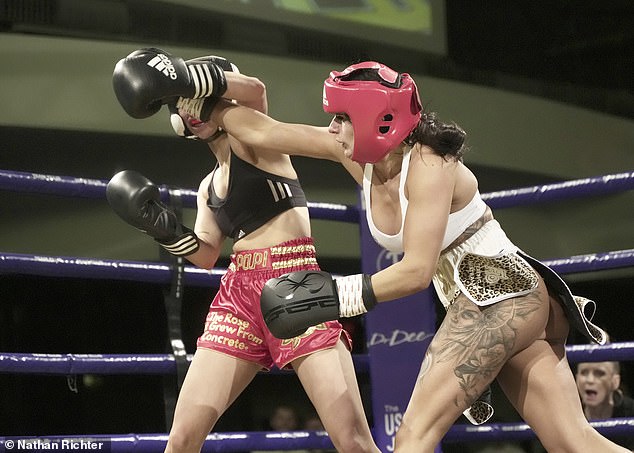 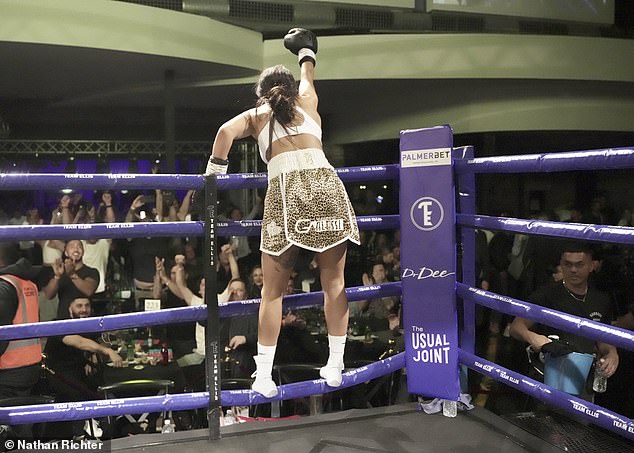 However, she was eventually dropped from the event over weight issues, as opposed to ‘severe backlash’ over her ‘dodgy past’ as it was initially rumoured.

‘Firstly weight was a problem, having the fight at 65 kilos wasn’t possible, myself being 57.8 kilos and Kate being 64 kilos,’ she explained.