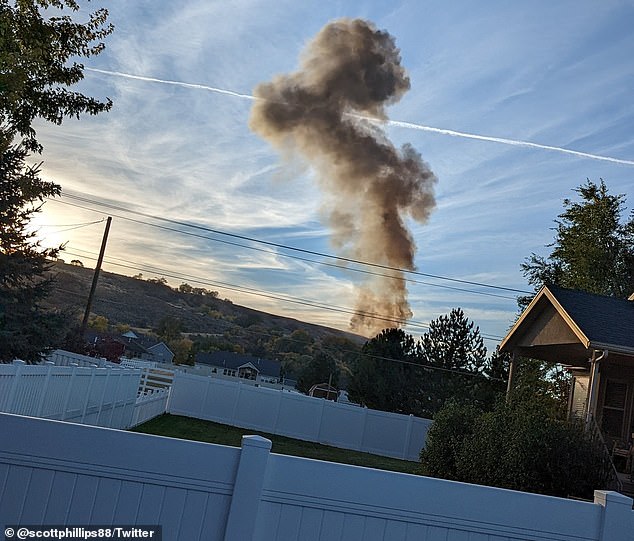 An $80 million fighter jet crashed shortly after takeoff in Utah, bursting into flames after the pilot ejected.

The 388th Fighter Wing confirmed in a tweet on Wednesday the accident, and said emergency crews were responding.

‘An F-35 from the 388th crashed at the north end of the runway. Pilot ejected. Emergency crews are responding,’ they said.

Large plumes of smoke were seen where the F-35 crashed, just outside of Salt Lake City 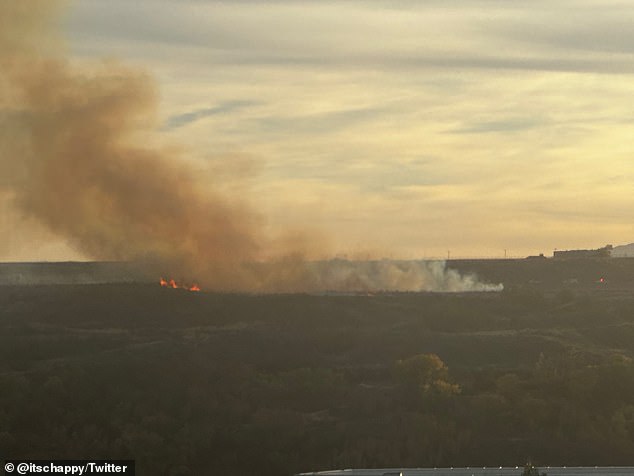 An F-35 is seen in action. The air base, Hill, is the second largest in the U.S. Air Force 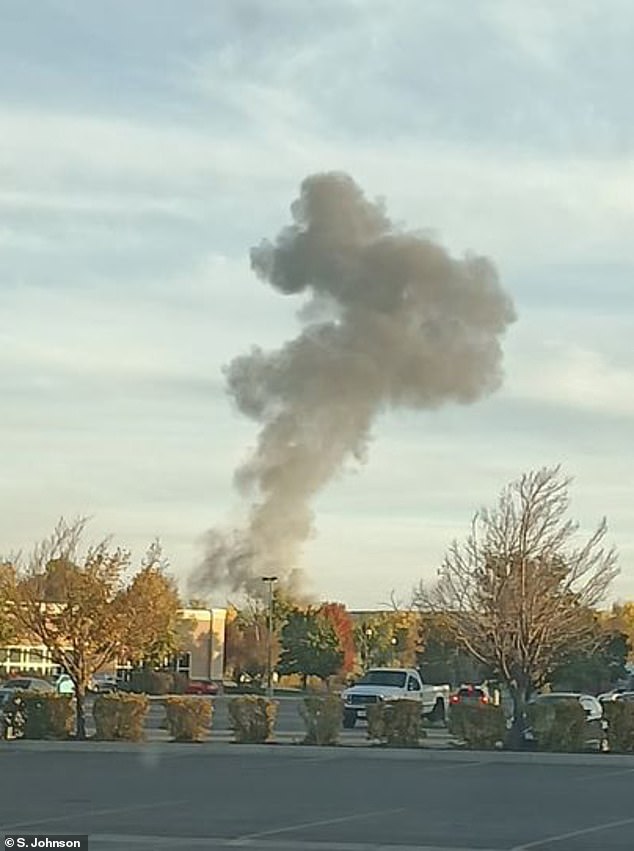 The crash could be seen for several miles across Utah

The base tweeted: ‘The pilot ejected, was recovered and has been taken to local medical center for observation.

‘The cause of the crash is unknown and will be investigated. More information will be provided as it becomes available.’

Last week, the air base announced it was carrying out the ‘first of its kind, F-35 crash recovery course here’, which they said was using a newly-retired, now reassembled F-35A Lightning II.

They said the five-day course included 29 maintainers from across the F-35 program, sister services as well as F-35 partner nations.

The training covered how to handle different scenarios safely and effectively, such as a collapsed nose gear, pilot extraction and aircraft hoisting.

‘This training is invaluable for not only our U.S. military, but also for our partner countries who operate the F-35,’ said Master Sgt. Andrew Wilkow, instructor and one of the course designers.

‘Unfortunately, occasional mishaps take place, which necessitates having personnel properly trained on recovery procedures and how to safely accomplish these tasks.’ 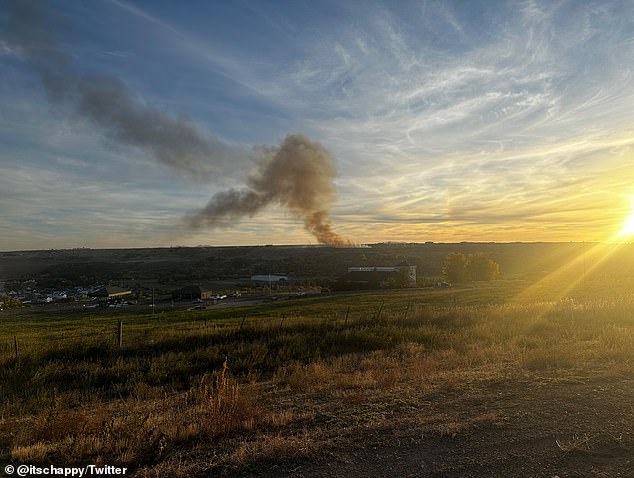 Smoke can be seen billowing from the crash site, 30 miles from downtown Salt Lake City 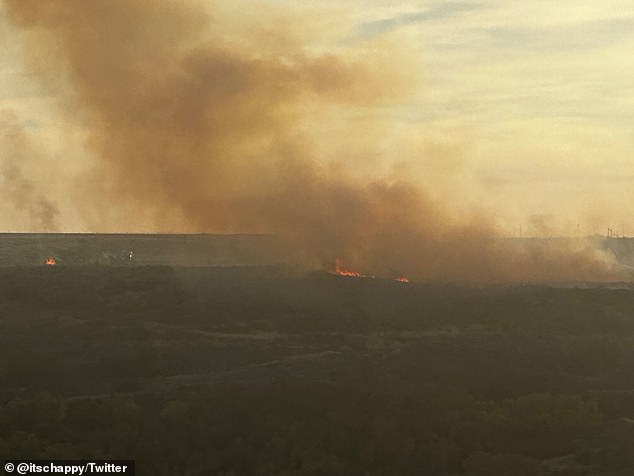 Training for these ‘worst-case’ types of scenarios takes an aircraft that can be roughed up a bit, he said.

‘It’s simply impossible to lift an operational jet with a crane, collapse the front landing gear and then set the nose of the aircraft on the ground without significant risk of damaging it,’ Wilkow said.

Hill Air Force Base is an Air Force Materiel Command base.

It is the Air Force’s second largest base by population and geographical size.

The airspace is situated over 2.3 million acres of land and contains the largest block of overland contiguous special-use airspace in the continental United States.

At least 70% of people have had Covid in England, official data shows

Gift Ideas For Your Girlfriend Who Is A Football Fan

Meghan Markle says crew thanked her for service on plane back to Canada in...