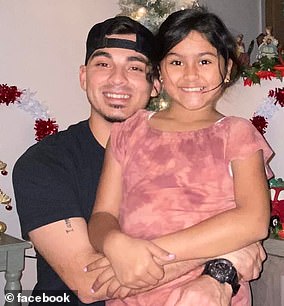 Amerie Jo Garza, a fourth grader at Robb Elementary, was one of 19 students confirmed to be killed Tuesday morning by Ramos, who cops say was carrying a handgun and an AR-15 during the attack that also killed two teachers in the classroom.

Her grandmother, Berlinda Irene Arreola, said the 10-year-old was killed as she tried to phone 911 while sitting next to her best friend, who ended up ‘covered in her blood.’ 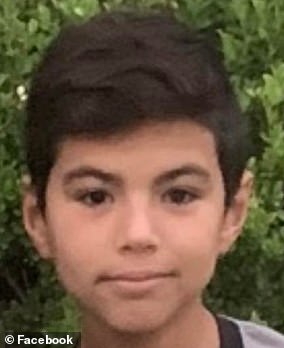 Uziyah Garcia, the youngest victim at age eight, was also killed in the attack.

The child’s family announced he was killed hours after announcing he was among the many children unaccounted for following the tragedy.

The boy’s grandfather, Manny Renfro, broke the news early Wednesday after being notified by authorities.

‘[He was] the sweetest little boy that I’ve ever known,’ Renfro said. ‘I’m not just saying that because he was my grandkid.’ 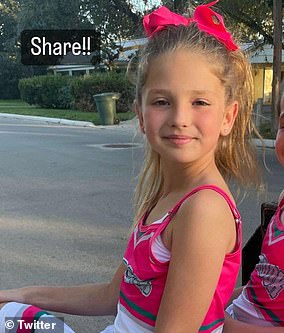 Makenna Elrod, 10, had also been among the missing in the chaos that followed the massacre, with her father, Brandon Elrod telling reporters at the time he feared ‘she may not be alive.’

Her death was eventually confirmed by a family friend on Wednesday. ‘It’s pretty sad what this world’s coming to,’ the girl’s father told local outlet KTRK after the shooting.

‘Sweet Makenna Rest in Paradise!! My heart is shattered as my daughter Chloe loved her so much!!’ the mom wrote. A relative Wednesday confirmed that the girl had been among the victims. 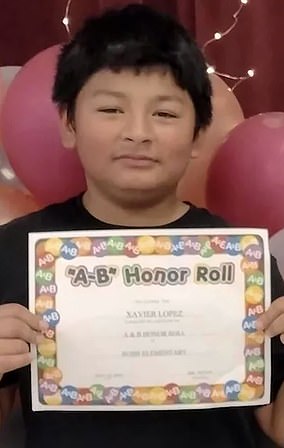 Xavier Lopez, 10, was the first student victim to be identified as one of Ramos’ victims.

The child’s mother, Felicha Martinez, told the Washington Post Tuesday that just hours before the massacre, the mom had been at the school to see her son participate an honor roll ceremony.

She took a picture showing her son showing off his certificate.

In the last exchange she had with the child, the mom heartbreakingly told the boy that she was proud of him and that she loved him, giving him a hug goodbye – not knowing it would be the last time she would see him alive.

‘He was funny, never serious and his smile… that smile I will never forget,’ she recalled after learning of his death from police. ‘It would always cheer anyone up.’

Eliahana Cruz Torres, 10, had also been missing for hours until she was confirmed to be among the dead.

Adolfo Cruz, her great-grandfather, said she didn’t want to attend school the day of the shooting – but was told by her family that she had to attend.

He said he remained outside the school gates throughout the night until he leanrned of her fate from local authorities.

Torres was an avid baseball player and played the sport in a local little league. 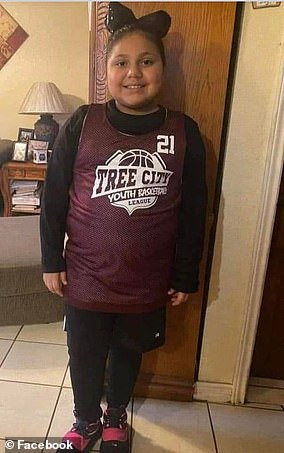 Ellie Lugo was named as a victim of Tuesday’s attack by her parents, with Steven Garcia and Jennifer Lugo confirming her death several hours after she was listed among the missing.

‘It’s hard to issue out a statement on anything right now my mind is going at 1000 miles per hour… but I do wanna send our thoughts and prayers to those who also didn’t make it home tonight!!! Our Ellie was a doll and was the happiest ever,’ Steven Lugo said Wednesday.

‘Mom and Dad love you never forget that and please try and stay by our side.’ 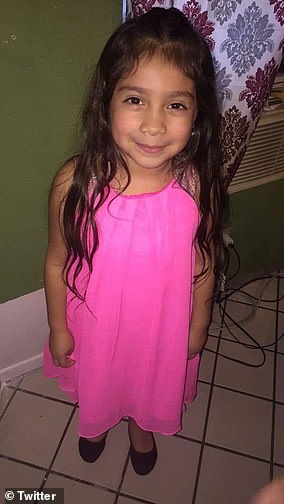 Nevaeh Bravo was confirmed to be among the dead late Tuesday, after her cousin posted on social media following the shooting to ask for helping the girl.

‘Unfortunately my beautiful Nevaeh was one of the many victims from todays tragedy,’ she wrote.

‘Our Nevaeh has been found. She is flying with the angels above. We love you Navaeh very much princess.’

‘Thank you for the support and help,’ she wrote. ‘Rest in peace my sweet girl, you didn’t deserve this.’

Bravo’s age could not immediately be confirmed. 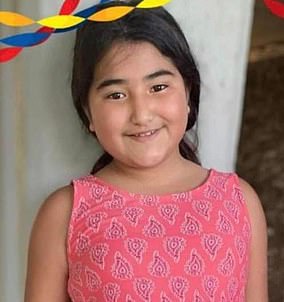 Tess Marie Mata was also among those to perish in the attack, her sister, Faith Mata, revealed in a post to Facebook Wednesday.

‘I honestly have no words just sadness, confusion, and anger,’ she wrote.

‘I’m sad because we will never get to tag team on mom and dad again and tell each other how much we mean to each other, I’m confused because how can something like this happen to my sweet, caring, and beautiful sister, and I’m angry because a coward took you from us.’ 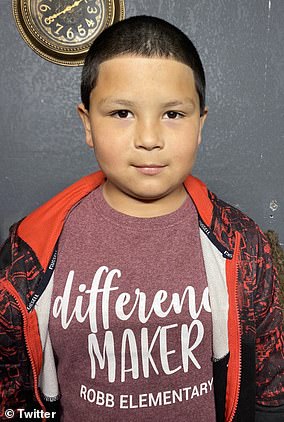 Rojelio Torres, 10, was initially reported missing by his father, but on Wednesday was confirmed dead by his family.

A person who said she was the boy’s cousin wrote on Twitter: ‘It breaks my heart to say my rojelio is now with the angels I’ll forever miss you and love you my angel.’

The child’s father , Federico Torres, told Houston reporters that he was at work when he learned about the shooting and immediately raced to the school.

‘They sent us to the hospital, to the civic center, to the hospital and here again, nothing, not even in San Antonio,’ he said. ‘They don’t tell us anything, only a photo, wait, hope that everything is well.’ 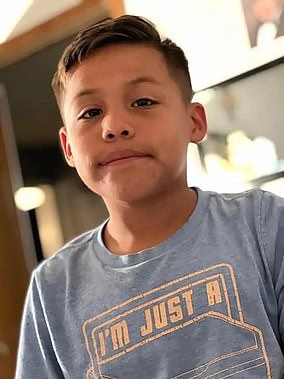 Jayce Luevanos, 10, died in the shooting along with his ten-year-old cousin, Jailah, the child’s mother said Wednesday.

In a Facebook post, uncle Unberto Gonzalez shared photos of both kids while offering a touching tribute.

‘My babies going to miss them like crazy!!!,’ Gonzalez wrote. ‘We luv y’all so much!!! I’m just lost right now!!! Fly high my beautiful Angels!!’ 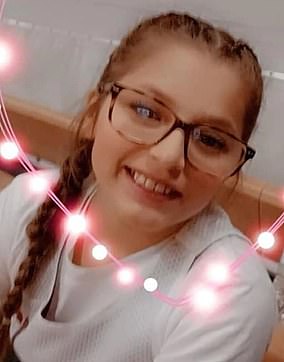 She also lost her 10-year-old nephew Jayce to the tragedy.

She said Jailah loved to dance and film videos on TikTok.

The child reportedly also asked her mom the morning of the shooting if she could stay home from school – a request the now mourning mom rebuffed.

‘I took her to school, but she didn’t want to go. She told her father, ‘Can I stay home?” Luevanos said, noting that it was not a common occurrence for her daughter to make such a request.

‘I think she knew something would happen.’ 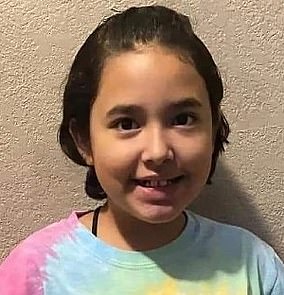 Fourth grader Alithia Ramirez was confirmed dead early Wednesday by her father, Ryan Ramirez, who shared a post to Facebook showing the 10-year-old with angel’s wings. He had used the same photo the previous day as he pleaded for help finding her after the massacre

He had heartbreakingly used the same photo the previous day as he desperately pleaded for help finding her after the massacre.

‘Trying to find my daughter Alithia. I called all the hospitals and nothing,’ he wrote at the time.

He also reporters during his frantic search, ‘I’m trying to find out where my baby’s at.’ 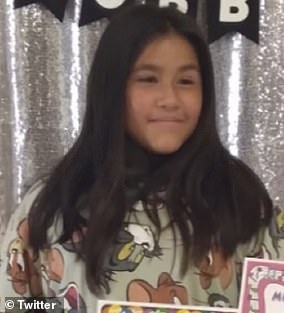 Annabell Guadalupe Rodriguez, 10, was another killed by Ramos Tuesday – along with her cousin, who has yet to be identified.

Annabell’s father spent the afternoon after the shooting in frantic search for his daughter.

Speaking to KHOU11 Tuesday, he lamented at how he was at a loss as to what do, having little success with the search.

‘They’re not letting us in at the hospital right now so we don’t know where to go.’

She has since been declared to be among the dead. Miranda Mathis, 11,  was also confirmed as another casualty from the mass shooting early Wednesday, in a Facebook post by an older cousin who earlier that day had posted a desperate plea for help in locating the child.

‘My sweet baby cousin we loved u dearly,’ Deanna Miller wrote alongside a photo of the child with angel wings.

‘I’m so sorry this happen to u baby please keep my family in your prayers,’ she grieved.

Miller’s kids had also been at the school at the time of the shooting, but survived the attack.

One of her sons told her that they were ushered out of a window by staffers during the attack and subsequently ran to a nearby funeral home after ‘he heard the shooter say he was gonna kill all the kids.’ 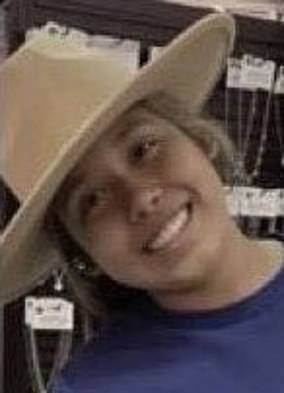 Alexandria Aniyah Rubio – who was better known to friends as ‘Lexi’ – was confirmed dead just before midnight on Tuesday.

The ten-year-old was shot dead just hours after posing for a photo with her parents at the school’s honor roll ceremony.

Kimberly Mata-Rubio, the girl’s mother, wrote of the loss: ‘My beautiful, smart, Alexandria Aniyah Rubio was recognized today for All-A honor roll. She also received the good citizen award. We told her we loved her and would pick her up after school. We had no idea this was goodbye.’ 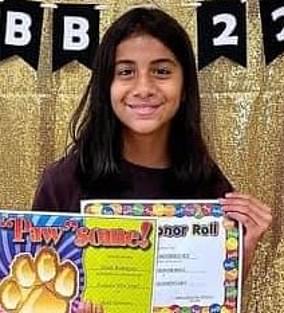 Maite Yuleana was another student to die in the attack that had attended the honor roll ceremony just hours before.

A cousin of the girl’s mother, Ana Rodriguez, announced the loss Wednesday.

‘It is with a heavy heart I come on here on behalf of my cousin Ana who lost her sweet baby girl in yesterday’s senseless shooting.

‘We are deeply saddened by the lose [sic] of this sweet smart little girl…. God bless and may she R.I.P Maite Rodriguez we love you.’ 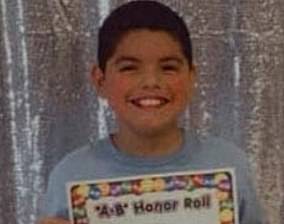 Jose Flores, 10, was also killed in the shooting after attending the honor roll ceremony, where he was pictured triumphantly clutching a certificate celebrating the accomplishment.

Uncle Christopher Salazar confirmed to the Washington Post Wednesday that his 10-year-old nephew was among the dead, after sharing a tribute to the child on Facebook.

‘I love you and I miss you,’ Salazar wrote in the post.

The boy’s father described Jose to CNN as an amazing boy and big brother to his two younger siblings.

‘He was always fill of energy,’ Jose Flores Sr. said. ‘Ready to play till the night.’

He said the boy loved playing baseball and video games. 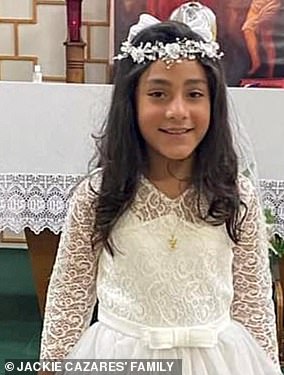 Jackie Cazares, 10, was another to be killed during the vicious attack at the elementary school.

Her father Jacinto confirmed she lost her life inside her fourth-grade classroom.

‘My baby girl has been taken away from my family and I,’ the grieving father said in an online post.

‘We’re devastated in ways I hope no one ever goes through. … It hurts us to our souls.’

Cazares said his daughter, who was with her cousin, Annabell Rodriguez, when she died, was ‘full of life and love’. 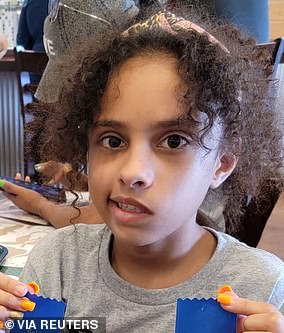 The 10-year-old student was the last of the slaying victims to be identified.

Vincent Salazar told the Philadelphia Inquirer his young daughter was among those killed.

He said she was ‘a lot of fun’ and recalled how they sang along to ‘Sweet Child O’ Mine’ by Guns ‘n’ Roses whenever he drove her to school. 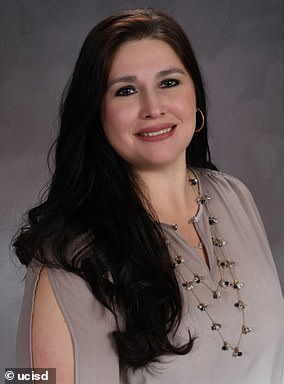 Irma Garcia, who co-taught with Mireles for the last five year, had been at Robb Elementary for 23 years.

Married to Joe for 24 years, she was a mother of four – Cristian, completing Marine boot camp; Jose, attending Texas State university University; Lyliana, a sophomore in high school; and Alysandra, a 7th grader.

‘My tia did not make it, she sacrificed herself protecting the kids in her classroom, i beg of you to keep my family including all of her family in y’all’s prayers , IRMA GARCIA IS HER NAME and she died a HERO,’ tweeted her nephew John.

‘She was loved by many and will truly be missed.’

She was nominated as teacher of the year for the 2018-19 awards, organized by Trinity University. 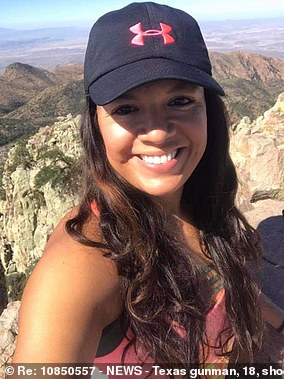 Eva Mireles, a fourth grade teacher, was identified by her family as being one of the staff members shot dead. She had worked in education for 17 years.

Her husband Ruben Ruiz, a veteran detective and SWAT team member currently serving as a police officer with the school district, held regular active shooter drills for the schools – most recently at the end of March.

What is Financial Reporting? Why Is It Important?