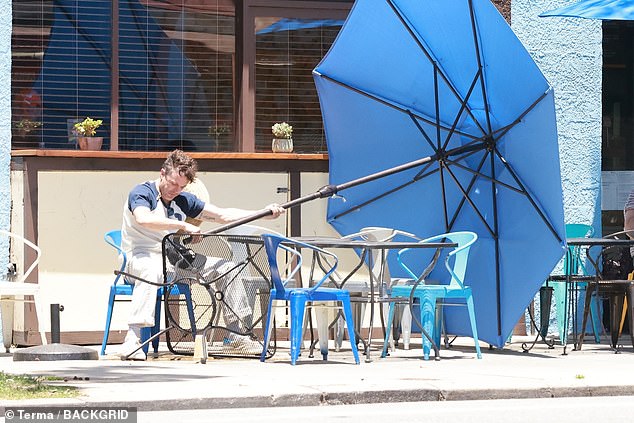 By Adam S. Levy For Dailymail.com

Casey Affleck was seated near a large patio umbrella when the wind tipped it over on Monday while he was out grabbing coffee in the Los Feliz neighborhood of Los Angeles.

The 46-year-old actor was out with his sons, Indiana, 18, and Atticus, 14, and relaxing on a patio when the breeze knocked over the large umbrella, also tipping over the coffee Affleck was nursing.

The Academy Award-winning actor donned an off-white baseball shirt with navy blue highlights, off-white pants and grey sneakers with a brown straw hat on the outing.

The latest: Casey Affleck, 46, was seated near a large patio umbrella when the wind tipped it over on Monday while he was out grabbing coffee in the Los Feliz neighborhood of Los Angeles

The actor’s pants were stained by a coffee spill as he worked to put the umbrella back into place with a staffer.

He was helped in reassembling the umbrella by the staffer after the weather-related mishap.

The Manchester By the Sea star was back in the states after a whirlwind month that included trips abroad for multiple industry events.

Last week, he and girlfriend Caylee Cowan, 24, were seen at the Cannes Film Festival in Cannes, France, where they attended a series of events, including the amFAR Gala. 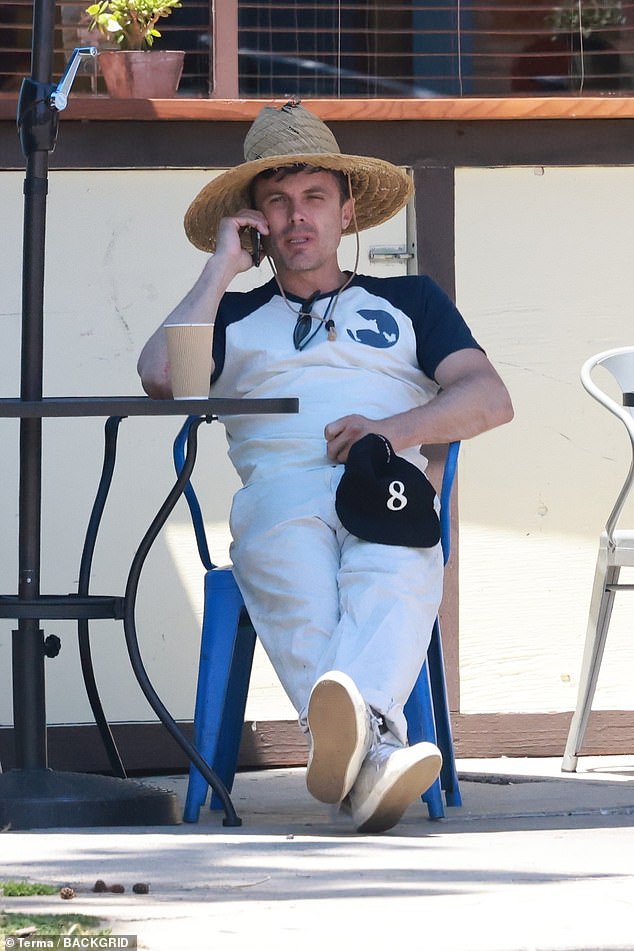 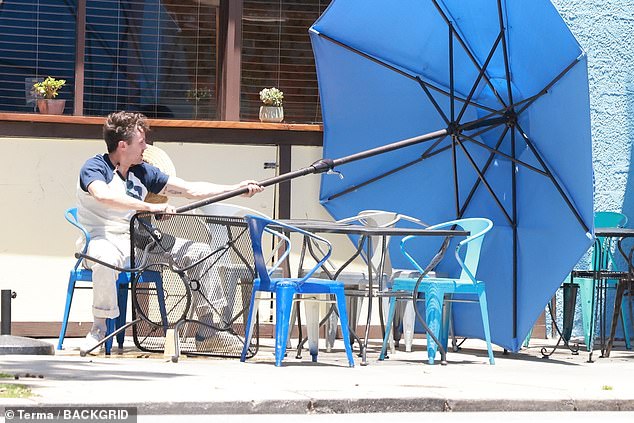 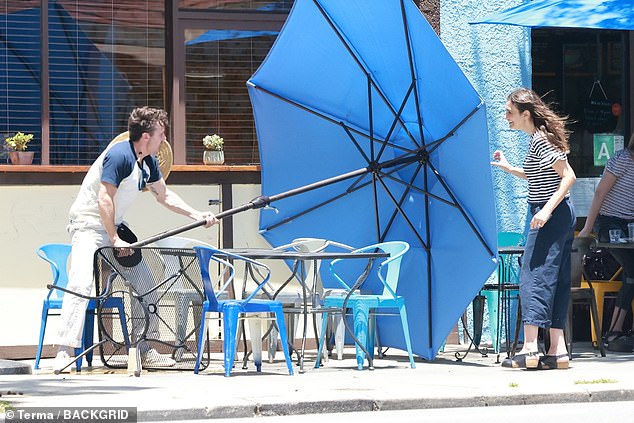 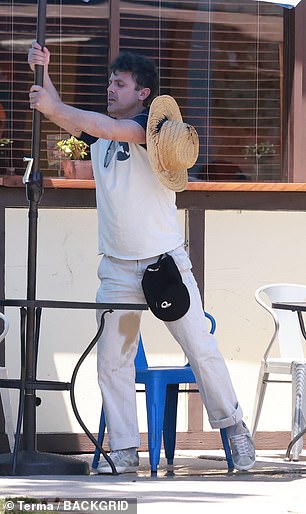 Earlier in the month, the couple was seen at the Riviera International Film Festival in the Italian town of Sestri Levante.

At the festival, the Massachusetts native was presented with the Icon Award; was a member of the jury that chose the best film; and spoke about his craft to a room full of attendees.

‘I had a great time on the jury of the Riviera International Film Festival,’ he said in an Instagram post on Sunday. ‘In addition to being on the jury, I was invited to give a “master class” in an old convent @sestrilevante_comune. The place was full of people young and old from all around expecting a “master” to show up and give a “class”… instead they got me. They were very understanding.’ 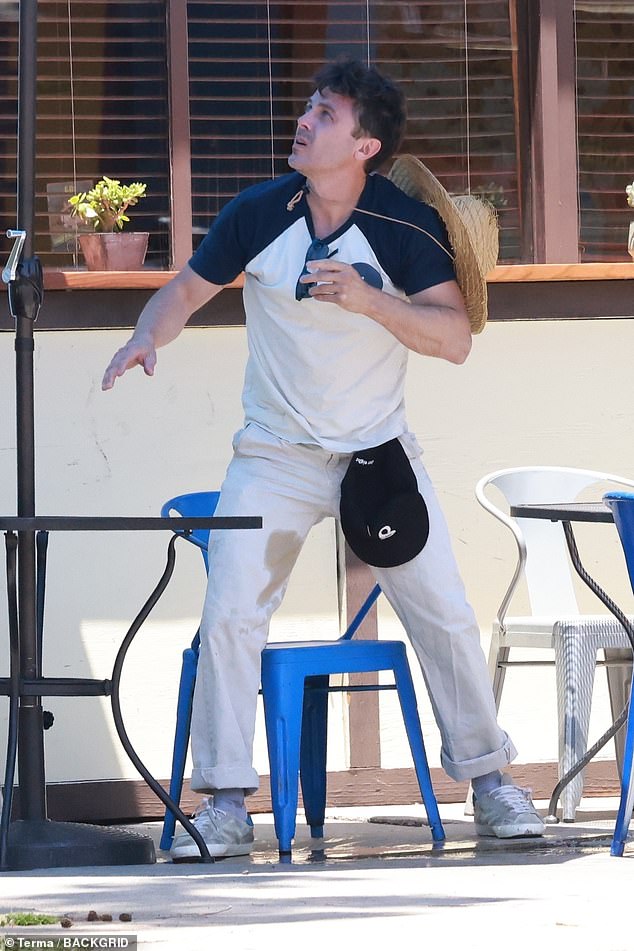 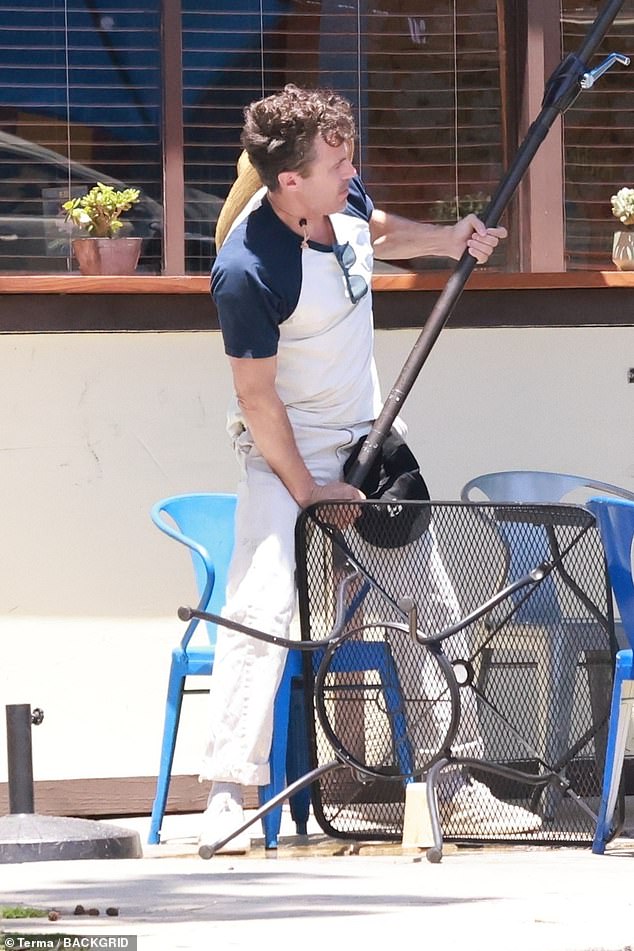 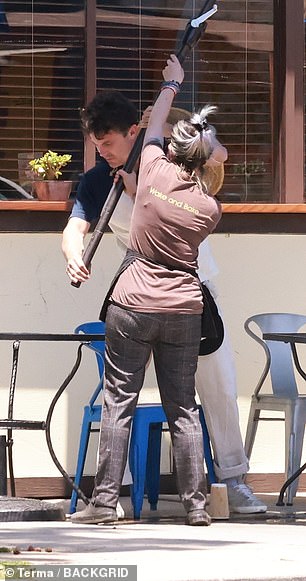 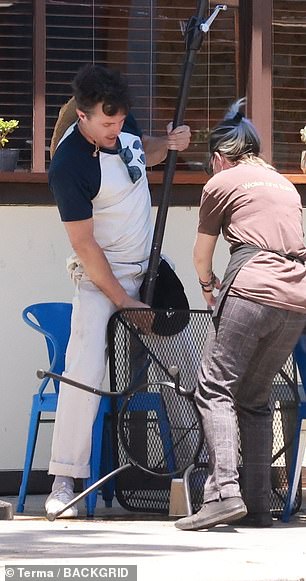 Affleck received a helping hand from a worker at the establishment 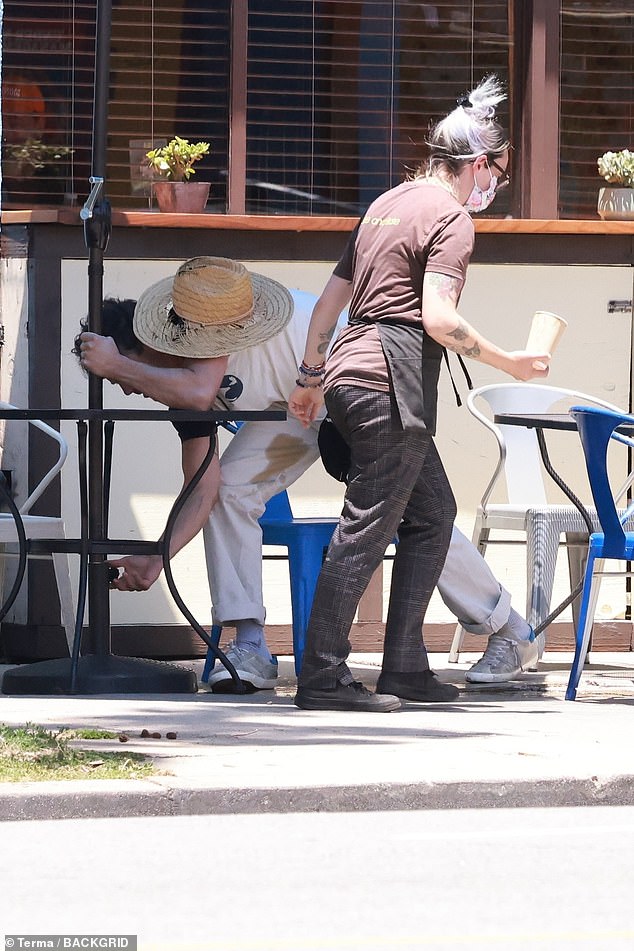 He described Sestri Levanti as ‘a beautiful little town on the coast of northern Italy’ and said that at the festival, ‘People come to watch movies made by filmmakers under 35.’

He added that ‘the whole experience was perfect,’ noting that Cowan premiered her new thriller Frank & Penelope at the festival.

‘It was received with a standing ovation,’ Affleck said. ‘I was proud to be on her arm.’ 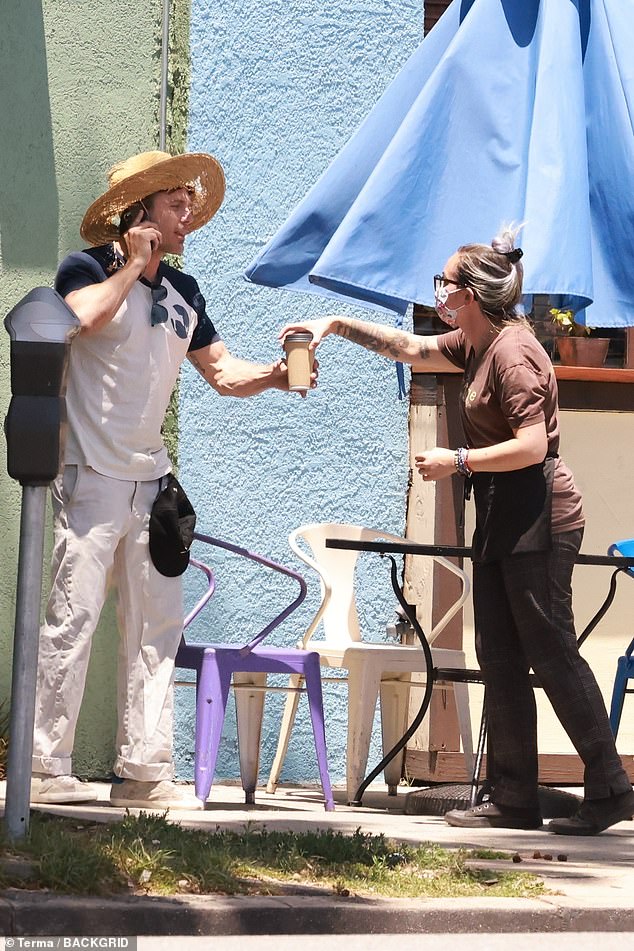 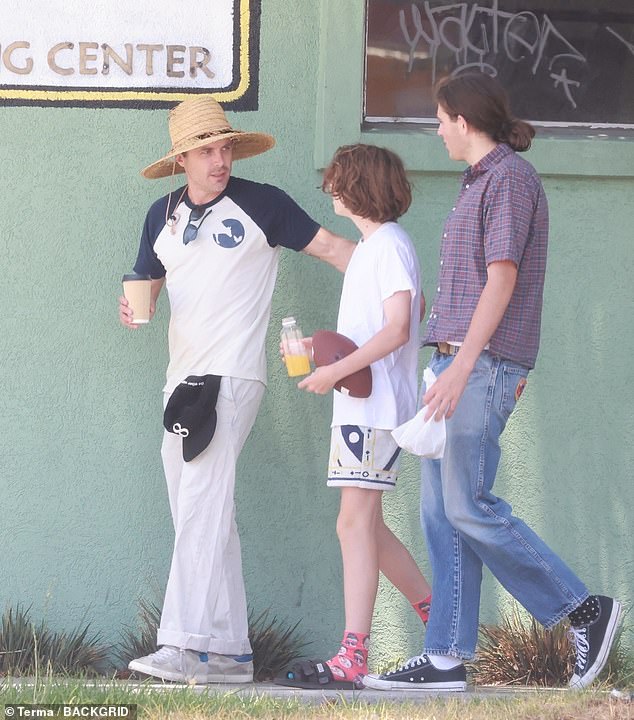 The Every Breath You Take actor was seen with sons, Indiana, 18, and Atticus, 14, on the outing 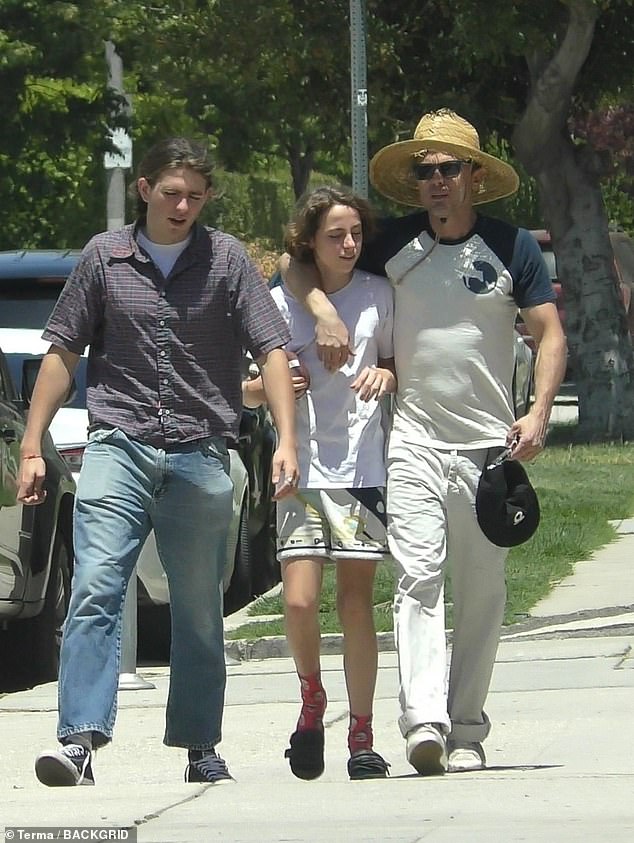 Motsi Mabuse wraps up in a coat with colourful comic prints as she arrives...

Trump’s biracial ex confirms joke made about getting her intelligence from ‘white side’ of...

Emma Watkins looks like a fairy princess at the 36th annual ARIA Awards in...