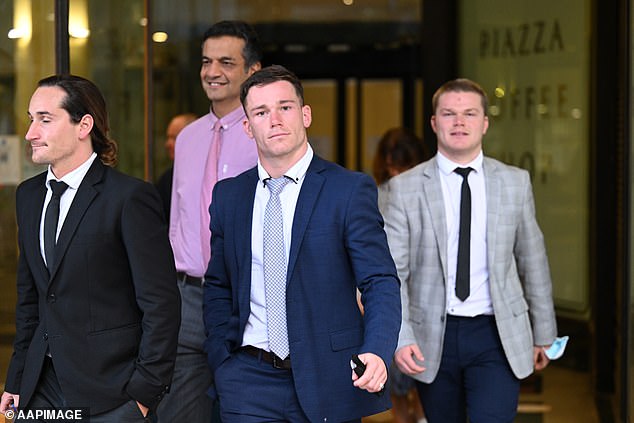 By Ollie Lewis For Mailonline

Tom Starling’s alleged involvement in a huge brawl at a Central Coast bar is claimed to have began after the Canberra Raider’s mother was called a ‘f***ing s**t’ by a bouncer, a court has heard.

Starling, 23, and his brothers Jackson, 25, and Josh, 20, were arrested for their alleged role in a 20-person brawl that unfolded at the Shady Palms hotel on the Central Coast in December 2020. Tom was allegedly punched multiple times in the face by a cop.

The Starling brothers were reportedly out to celebrate a friend’s 21st birthday, when the youngest of the trio allegedly yelled at Khan Morris, the head of security at Shady Palms.

On Tuesday, CCTV footage from the venue was put before a hearing at Downing Centre Local Court, where Tom and Jackson await the verdict of their case. Both have pleaded not guilty to the charge of resist of hinder police officer in the execution of duty,

On the second day of the hearing, lawyer Samar Singh-Panwar alleged that the hotel’s head of security called Starling’s mother a ‘f***ing s**t’ before things turned ugly.

The court had previously heard that the melee started after Mr Morris told their mother to sit down due to Covid regulations, to which Josh allegedly responded: ‘Don’t f***ing speak to my mum like that’.

‘What happened is, as (Ms Starling) walked away … what you said as she walked away was f**king s**t, didn’t you?’ Mr Singh-Panway said to Mr Morris during cross-examination.

‘(That’s when) Joshua Starling at some stage said words to the effect of “don’t talk to my mother like that”.’ Mr Morris denied this version of events. 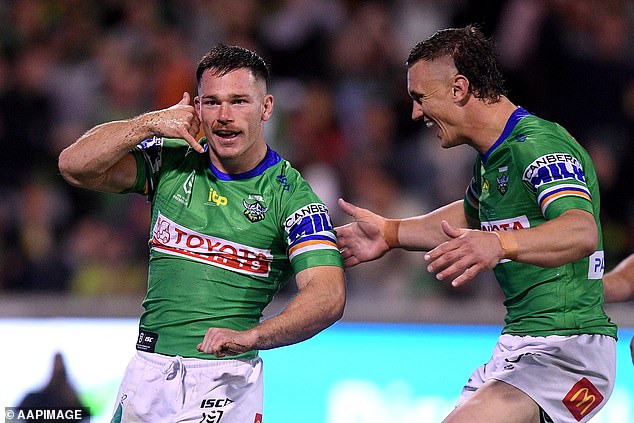 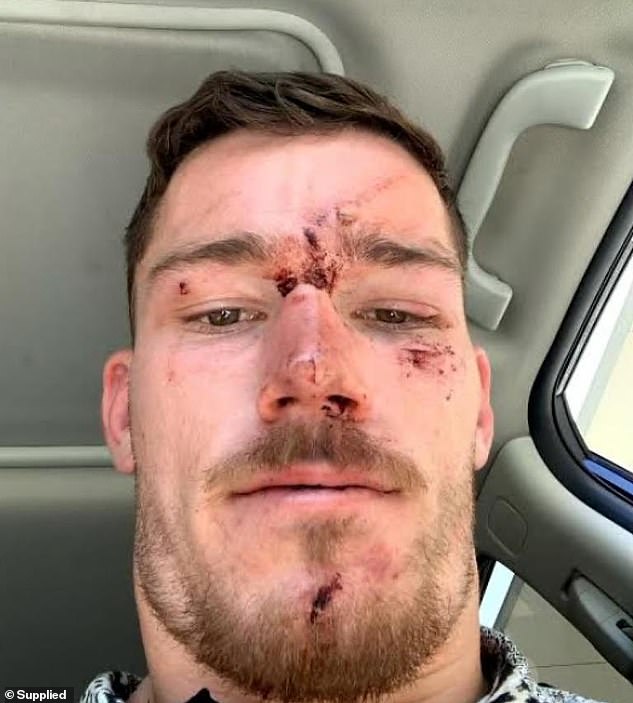 Senior constable Brett Ransley was called to Shady Palms after the altercation broke out and observed a large group of people at the top of the stairs in the venue, including Canberra star Tom Starling.

The police officer alleged that Tom was preparing to fight until he fell down the stairs, upon which Mr Ransley arrested him.

‘He was advancing towards them … (getting ready) to brawl,’ he said.

‘(You were) just embellishing in your statement, weren’t you?’

Mr Ransley denied the allegation that he embellished his statement or he was lying. The hearing continues.

‘Elon will smile all the way to the bank’: Mark Cuban says Musk is...

Former Abercrombie & Fitch manager reveals she had to banish less attractive employees to...