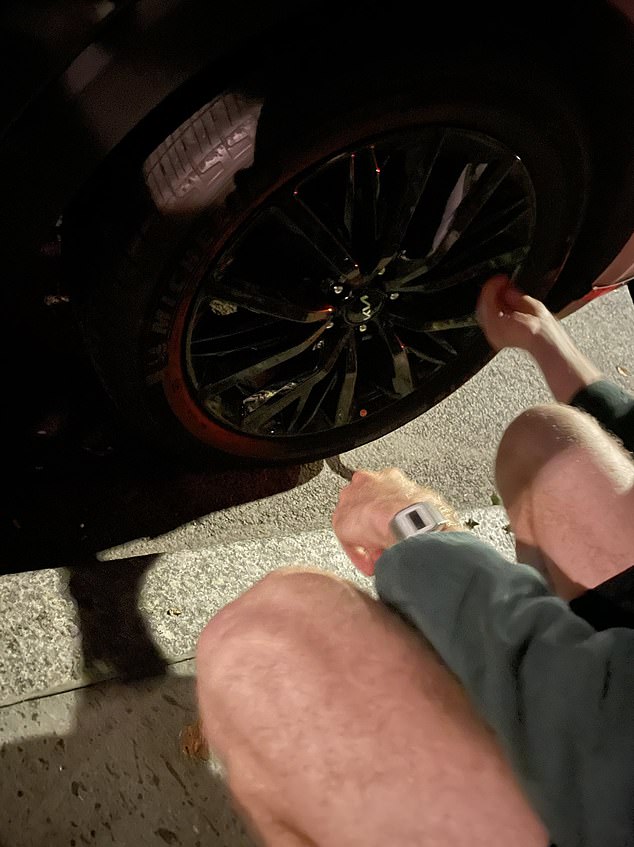 Climate change activists with a group calling itself Tyre Extinguishers are celebrating their first ‘action’ in New York City – deflating the tires of 40 SUVs on Manhattan’s Upper East Side.

The movement, which originated in the United Kingdom, seeks to dissuade people from owning SUVs in urban areas, and switch instead to more environmentally-friendly vehicles.

The SUVs they vandalized had leaflets let on the windshield, which stated: ‘Attention: Your gas guzzler kills’. 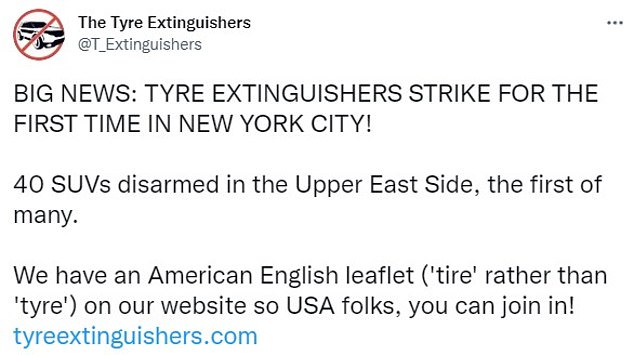 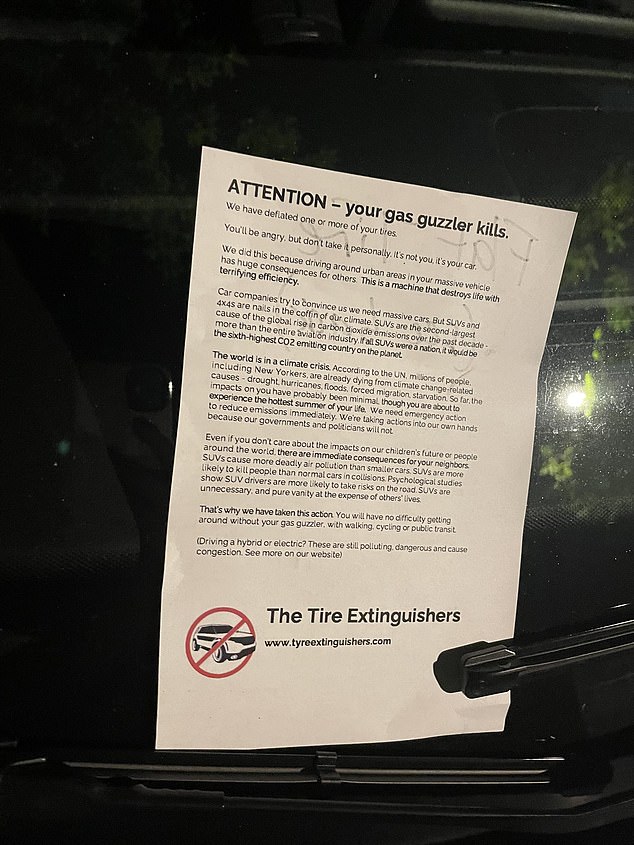 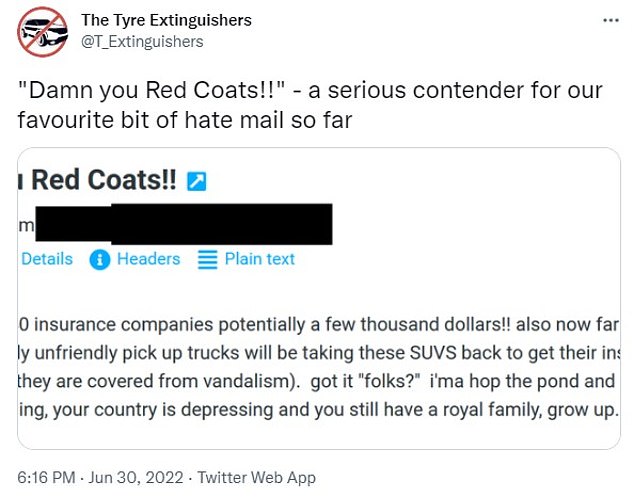 They said: ’40 SUVs disarmed in the Upper East Side, the first of many.

‘We have an American English leaflet (‘tire’ rather than ‘tyre’) on our website so USA folks, you can join in!’

Police are investigating, but no arrests have been made.

One victim emailed them with the subject: ‘Damn you, Red Coats!’

The SUV-owner said that ‘far more environmentally unfriendly’ pickup trucks would now be called out, to repair the damaged vehicles, and pointed out most of those attacked would be covered by insurance.

The loosely-organized movement encourages anyone to participate, at will. They encourage acting under the cover of darkness, working in pairs, and practicing on bicycle tires first.

‘NYC is just the latest place and we expect other cities in the USA to follow,’ they said.

A spokesman for the group told Fox News Digital they intended to carry out more actions.

‘We are rapidly expanding across the United States and are in touch with people in major cities across the USA,’ a spokesperson said.

‘We expect this to expand massively.’

In a statement, the group said they ‘want to see bans on SUVs in urban areas, pollution levies to tax SUVs out of existence, and massive investment in free, comprehensive public transport.’

They added: ‘But until politicians make this a reality, Tyre Extinguishers action will continue.’

Critics on social media said the action was misguided. 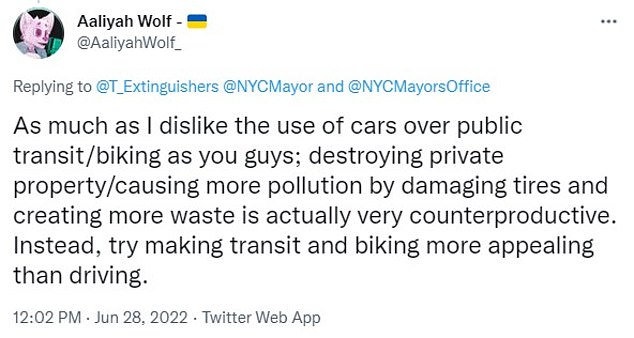 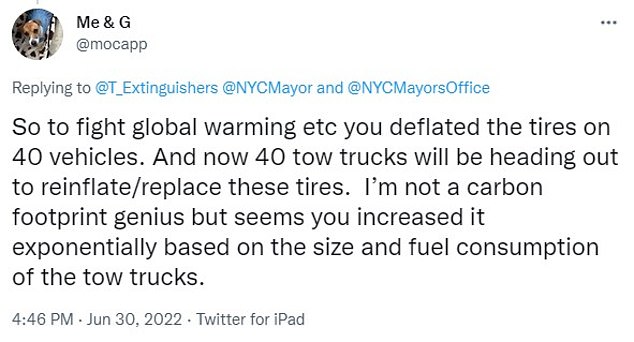 ‘People need to remember that their actions, even if they feel they are morally correct decisions, still have consequences,’ said one.

Many others thought the group advocated slashing and destroying the tires, and creating more waste.

‘As much as I dislike the use of cars over public transit/biking as you guys; destroying private property/causing more pollution by damaging tires and creating more waste is actually very counterproductive,’ said one.

‘Instead, try making transit and biking more appealing than driving.’

Another said: ‘So to fight global warming etc you deflated the tires on 40 vehicles. And now 40 tow trucks will be heading out to reinflate/replace these tires. I’m not a carbon footprint genius but seems you increased it exponentially based on the size and fuel consumption of the tow trucks.’

One person joked: ‘May I suggest you target Cadillac Escalades in and around Harlem? That should be fun. Bring a camera.’

Another threatened: ‘Would it be legal to shoot these people in some areas if they are vandalizing your property? I’m just asking as a curiosity?’