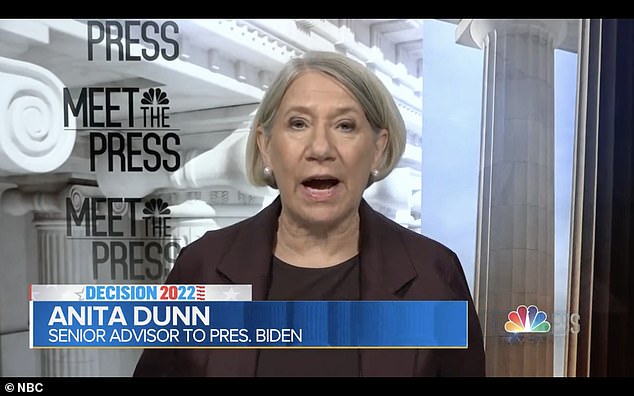 A top adviser to President Joe Biden suggested on Sunday that the commander-in-chief’s verbal attacks on Donald Trump‘s supporters was an ‘effective strategy’ and key factor in Democrats‘ out-performing expectations in the midterms.

The House of Representatives, which polls projected gaining dozens of new Republican seats, is still up for grabs as of Sunday morning. Republicans need seven more wins to get a 218-member majority. Democrats currently hold 204 seats.

A majority of the high profile GOP losses have come from voters shunning more extreme right-wing candidates, in many cases endorsed by Trump, in favor of more moderate Democrats.

Biden, while on the campaign trail, caught heat from critics for his fiery rhetoric casting Trump and his supporters in Congress and running for office as ‘MAGA Republicans’ and ‘extremists.’

Republicans and some politicos cautioned that such harsh language would turn voters off after the president won the White House on a platform of bringing people together.

But Anita Dunn, Senior Adviser to the President of the United States, dismissed such criticism on NBC News’ Meet The Press this Sunday.

“It’s very clear what President Biden and the Democratic Party are for. … He’s made some real progress, but he has a lot more to do.” pic.twitter.com/jCTrJSH094

‘When the president first started using the term “MAGA Republican” back in May, a lot of pundits, a lot of, you know- a lot of people thought it wouldn’t work,’ Dunn said.

She noted that some, like Trump, embraced Biden’s name-calling. The former president eagerly parroted Biden’s nickname of ‘the great MAGA king,’ for example.

‘But it was a very effective strategy for kind of raising for the American people, the hazards of going down that path,’ Dunn said.

‘With democracy denial, with the threats of political violence to achieve political ends, with an extremist program that involves denying women the right to an abortion, economic policies that continue to be trickled down, as opposed to bottom up and middle out the way President Biden is fighting for.’

She added, ‘The Republican Party has to come up with what they’re actually for. It’s very clear what President Biden and the Democratic Party are for.’

Biden angered Republicans across the board when he remarked that the beliefs of Trump’s base are akin to ‘semi-fascism’ during comments to donors in Maryland at the end of August.

Far from stepping back, he made it a central theme of his campaigning throughout the midterm season. 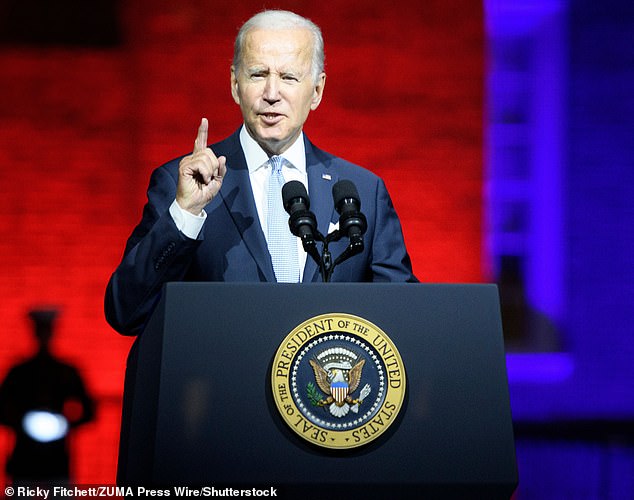 He said in Florida just before the election this month, ‘This is really deadly earnest, man.’

Biden warned of the dangers of a ‘mega-MAGA Republican’ Congress and told the crowd, ‘This ain’t your father’s Republican Party.’

During a separate interview on CBS News’ Face The Nation on Sunday, Dunn lauded Democrats’ victory in the Senate as ‘hugely consequential.’

She also said keeping the government funded should be Congress’ ‘top priority’ while finishing off the current term.

Lawmakers’ last continuing resolution to avoid a government shut down runs out on December 16.

‘Other lame duck priorities will certainly include additional funding for Ukraine, which has been and the president has said he hopes will continue to be a bipartisan issue in the United States Congress,’ the Biden adviser said.

‘You know, obviously, emergency funding for the natural disasters that Florida and Puerto Rico suffered earlier this year and additional priorities for the administration as well. But keep the government open and running is the number one priority.’ 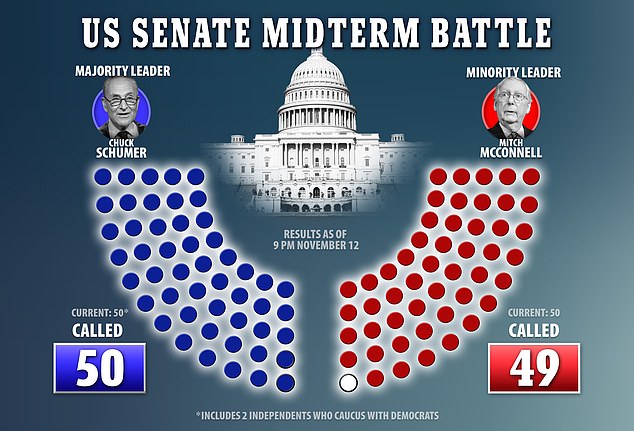 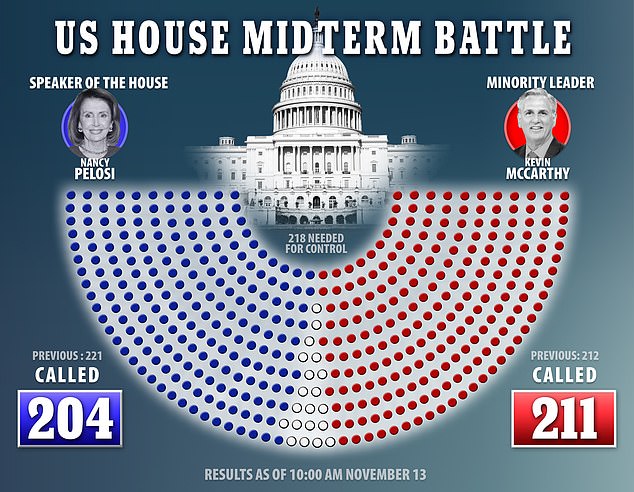 Woman, 101, reunited with Dutch masterpiece 78 years after it was looted by the...

How junior fees higher than $2500 are blocking Socceroos and almost cost them Garang...