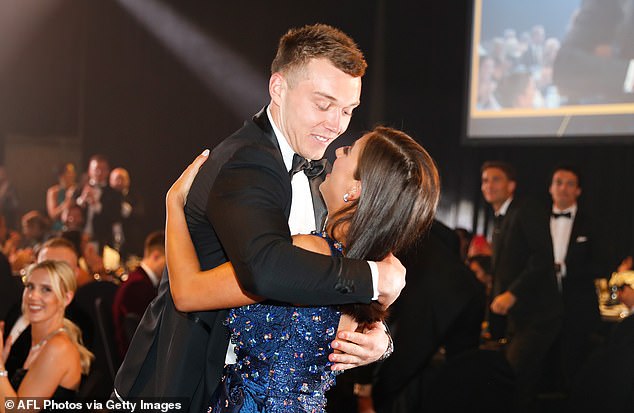 A person with inside knowledge of the AFL‘s Brownlow Medal tallies is accused of leaking the information to a betting ring.

Police are investigating how many matches may have had votes released and exactly how much money was awarded from the bets.

At this stage, police have no information to suggest that the outcome of the votes were impacted as the allegations relate solely to the distribution of information.

Carlton’s Patrick Cripps celebrates with partner Monique Fontana after he won this year’s Brownlow. The game’s highest individual honour is now the subject of a police investigation 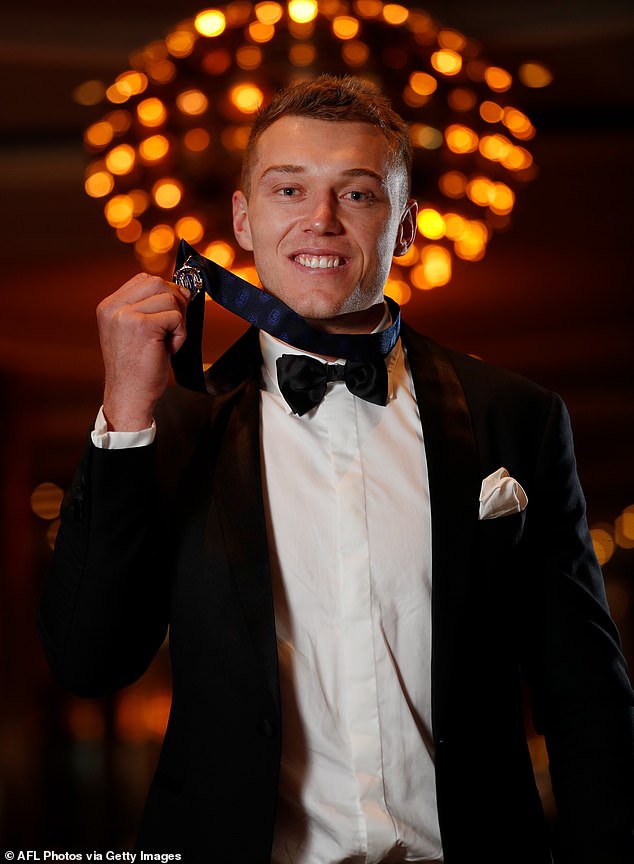 The investigation is being conducted in conjunction with the AFL and Sport Integrity Australia.

Potential charges include those for conduct that corrupts or would corrupt a betting outcome of an event or event contingency and using corrupt conduct information for betting purposes.

The offences carry up to 10 years imprisonment.

‘Victorians are well known for their love of AFL and in particular, the prestigious Brownlow Medal award, but equally they want to know that there is integrity, fairness and honesty behind this award,’ Commander Deb Robertson said in a statement.

If you say good morning before checking your phone, it’s love!

Ukrainian troops fight for their lives in new combat footage

McDonald’s fans are shocked to learn apricot is the main ingredient of the Sweet...

Could nicotine gum boost my brain power? (…or am I better off with a...