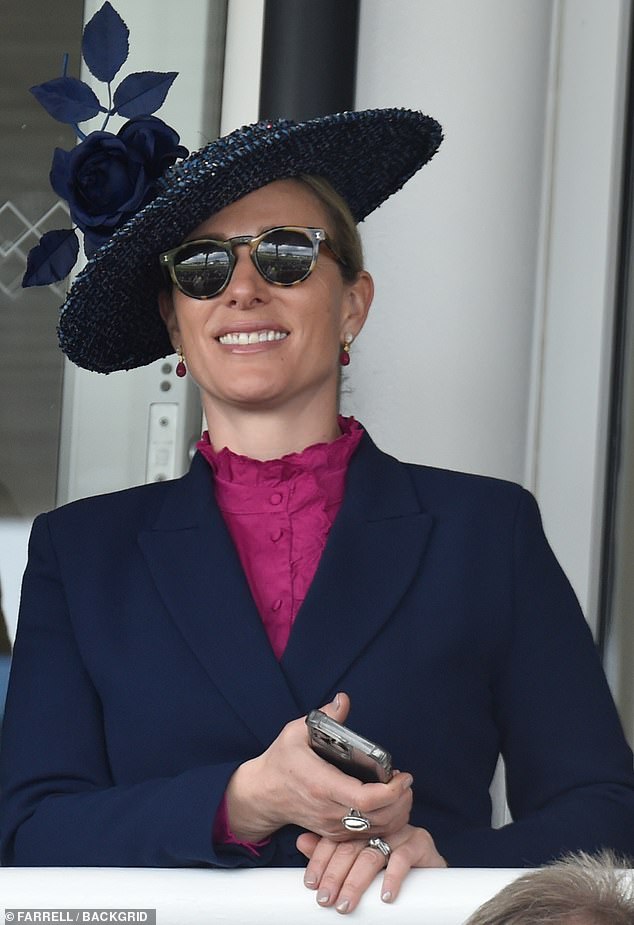 By Maria Chiorando For Mailonline

Zara Tindall has been photographed smiling at Aintree today while watching the runners and riders at the major horse racing event.

The equestrian athlete joined thousands of other racegoers for the final day of the three-day festival.

This year’s event marks the first time it has been held in front of a public crowd since 2019, after the Covid pandemic forced organisers to run it behind closed doors.

And the 40-year-old granddaughter of the Queen seemed to be making the most of the event, beaming as she sat watching the action. 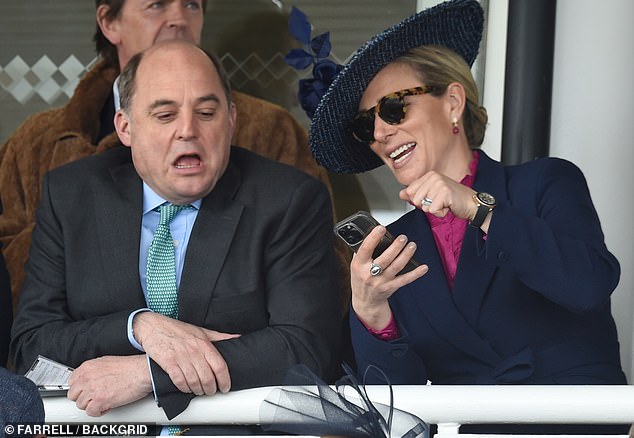 The royal (pictured, right) was seen smiling as she showed other race attendees pictures on her mobile phone

Zara Tindall, (pictured, left) was snapped at Aintree day 3 today, holding onto the arm of her friend, and showing off a demure navy blue and fuchsia pink outfit

While Aintree is known for its flesh-baring outfits, the royal opted for a more demure look, pairing a navy blazer and hat with a high-necked fuchsia blouse.

Zara finished off her look with a natural makeup look, pairing clear skin with soft peach blush and a pink lip.

Her blonde locks were pulled into a low bun that sat neatly underneath her hat.

As a final stylish touch, she also opted for a pair of round, tortoiseshell glasses.

The royal (pictured, centre) was seen watching the event intently. Aintree is the second major horse racing festival she’s been snapped at in as many months 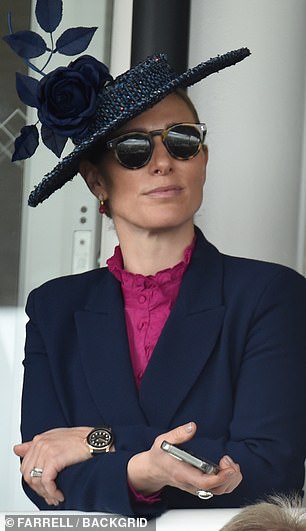 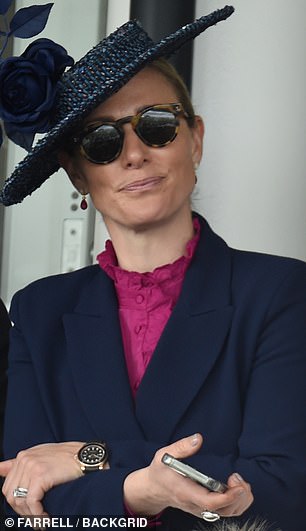 Zara opted for a more demure look as she attended  Aintree today, pairing a navy blazer and hat with a high-necked fuchsia blouse 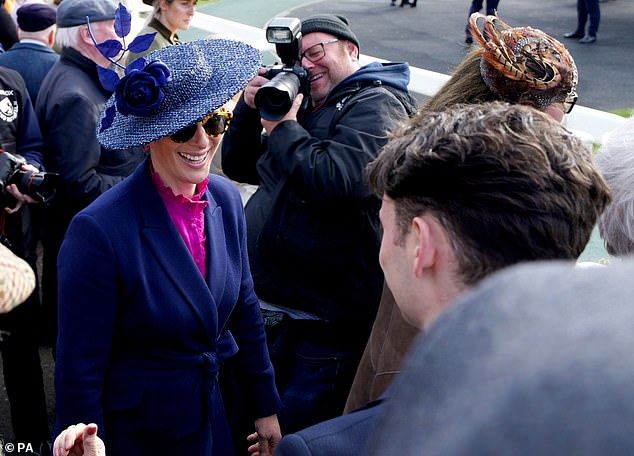 Zara, who famously loves horse racing, was photographed beaming as she made her way through the crowds at Aintree today

It is not known whether she was accompanied by her husband Mike Tindall, or her mother Princess Anne, who was snapped at the event earlier this week.

However, Camilla, the Duchess of Cornwall was snapped at the event, looking tense as she watched one of the races during the afternoon.

By the end of Aintree, more than 150,000 people are expected to have attended the three-day event, which is in its 183rd year and hosts the showpiece Grand National race on Saturday afternoon.

Zara, who is an equestrian herself, famously enjoys attending horse racing events.

Last month, she was pictured at the Cheltenham Festival, alongside her husband Mike Tindall.

‘Get going’: Ashley, Natalie Biden try to pull Biden away from press

None of the nine young children in Alabama who had hepatitis tested positive for...