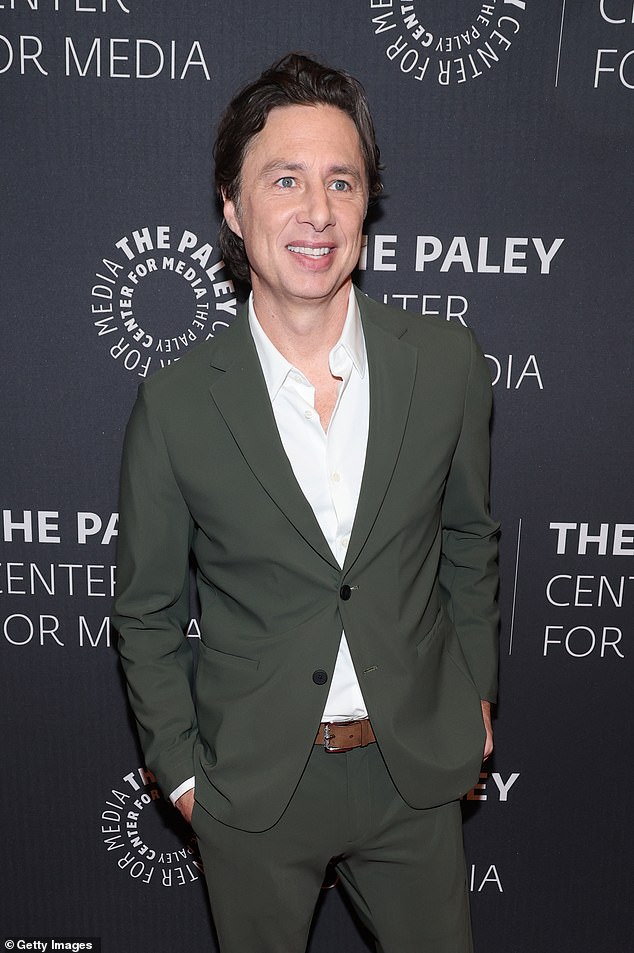 EXCLUSIVE: Zach Braff praises therapy for helping him get through ‘tough times’ – following tragic COVID death of his close friend Nick Cordero and his split from Florence Pugh

By Nola Ojomu For Dailymail.Com

Zach Braff has praised the importance of therapy in his life while promoting new Apple TV+ series, Shrinking.

The 47-year-old put on his directing cap for an episode of the new show from the creator of Scrubs, and the actor was on hand to celebrate the series at a special screening in The Paley Museum in New York City on Tuesday.

Speaking on the red carpet, Braff credited therapy for being one of the ways he has been able to get through ‘tough times’ in life and expressed his hopes that the new comedy drama would encourage others to do the same.

Over the past few years, the Scrubs star has spoken candidly about the grief of losing his close friend Nick Cordero to coronavirus complications in July 2020.

A big fan: Zach Braff praised the importance of therapy at the New York screening of his new series, Shrinking

During his hospitalization, Cordero suffered numerous complications including blood clots which led to his left leg being amputated, septic shock, fungus on his lungs, mini strokes and also had a temporary pacemaker fitted to keep his heartbeat regular.

Braff revealed his hopes that the work done in the new series would help ‘break the stigma’ surrounding men going to therapy, stating: ‘I know part of the reason this show came about is because for myself and men like Bill Lawrence and Jason Segel, therapy has been very helpful in our lives.’ 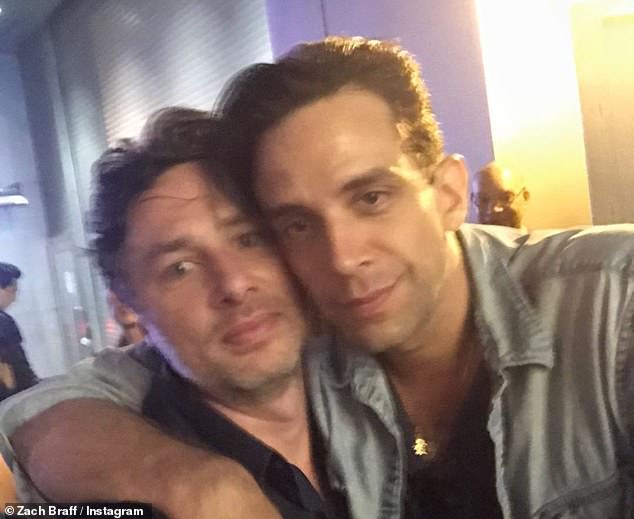 Tough times: Braff lost one of his best friends, Nick Cordero, in 2020 due to coronavirus complications 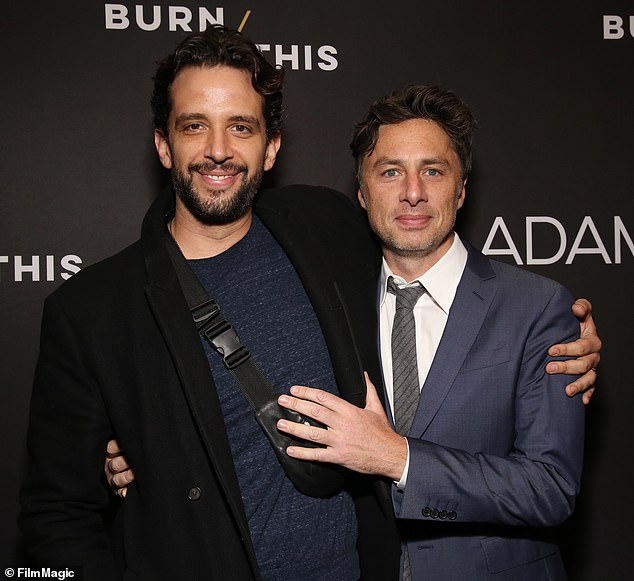 Sad loss: The Broadway star had been hospitalized at Cedars-Sinai Hospital in Los Angeles for over 90 days before he passed away, with Braff publicly mourning the loss on social media 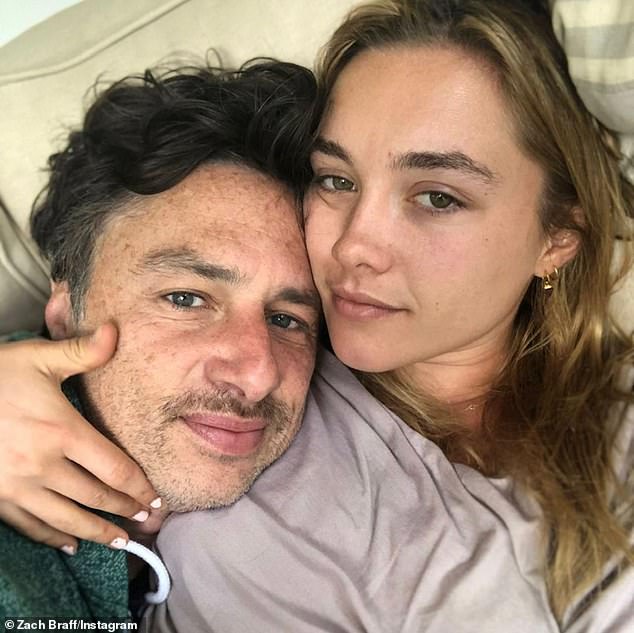 Split: Florence Pugh, 27, announced in August 2022 that she and Braff, 47, had split up earlier in the year after three years together

Having grown up around therapy with his mother, stepfather and stepmother all work within the therapy industry, Braff explained that he had been regularly attending sessions over the years and would recommend the same to others.

The star gushed: ‘I recommend therapy to anyone that is willing. It can be a helpful tool in life. It’s not just something for when you are in a crisis, a therapist can be someone who is like a coach that helps you make the right choices in life and stirs you in the right direction.

‘People who aren’t savvy about it might think it is only for the tough times and when you are in crisis but I don’t think that is the case.’ 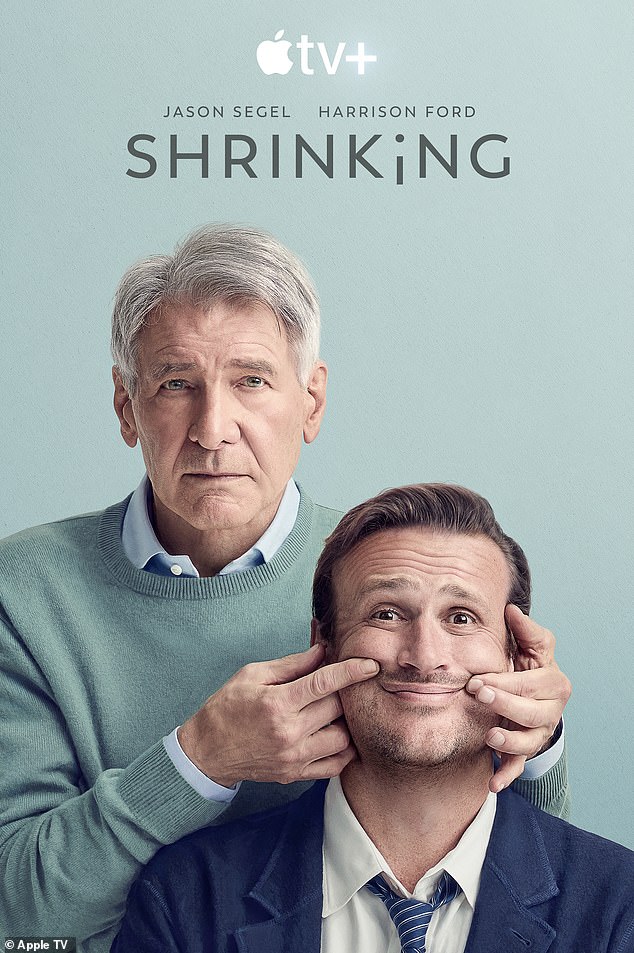 A description for the film reads: ‘Shrinking follows a grieving therapist (played by Segel) who starts to break the rules and tell his clients exactly what he thinks. Ignoring his training and ethics, he finds himself making huge, tumultuous changes to people’s lives…including his own.’

Segel also is a co-creator and executive producer of the series along with Bill Lawrence and Ted Lasso’s Brett Goldstein.

Shrinking will premiere with its first two episodes on January 27 on the Apple TV+ streaming service.

Mariah Carey is ready to move from Halloween to Christmas as she transforms into...