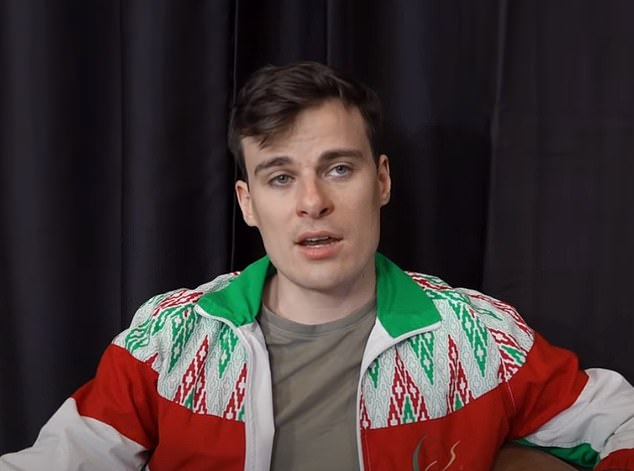 YouTube star friendlyjordies is taking an indefinite break from posting controversial videos after his beachside home in Sydney‘s eastern suburbs was ‘firebombed’.

The online creator, whose real name is Jordan Shanks-Markovina, posted a video late on Wednesday night saying he would be stepping back from the platform he has used to attack political foes.

‘I would like to take this opportunity to say that I think we’re going to just tone back the videos for a bit,’ he told his fans.

‘And by tone back I mean that’s it for a while, for obvious reasons. We’ll get back to it at some point but for now friendlyjordies is on an indefinite hiatus.’

Later in the video, Shanks-Markovina quoted a line from the Emperor in Star Wars: Episide III – Revenge of the Sith: ‘The attempt on my life has left me scarred and deformed but I assure you my resolve has never been stronger.’

YouTube star friendlyjordies, whose real name is Jordan Shanks-Markovina, is taking an indefinite break from posting controversial videos after his home in Sydney’s eastern suburbs was ‘firebombed’. Shanks-Markovina is pictured in his latest video 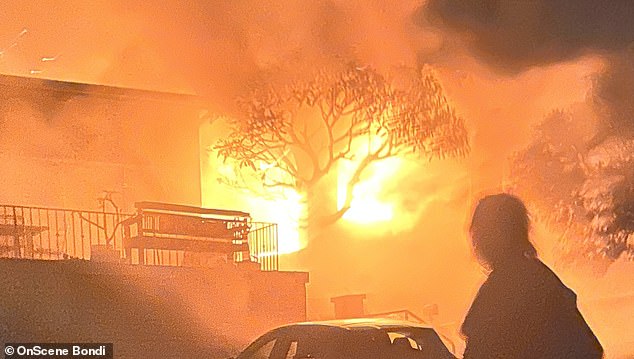 Emergency services arrived at  Shanks-Markovina’s home in Wilga Street, Bondi at 12.30am on Wednesday to find the front of the residence engulfed in flames (above)

The fire at Shanks-Markovina’s Bondi home was the second targeted attack on the beachside property within a week, his lawyer has claimed.

Emergency services arrived at the house in Wilga Street at 12.30am on Wednesday to find the front of the residence engulfed in flames.

Shanks-Markovina, who has achieved notoriety for his political videos, lives at the back of the house and was not home at the time of the fire.

In Wednesday night’s video Shanks-Markovina said he had spent hours at Bondi police station making a statement about the fire.

He joked that when police asked him if he had any enemies he replied, ‘How long have you got?’

Earlier on Wednesday, his law firm Xenophon Davies said they suspected the fire was a potential act of terrorism and attempted murder. 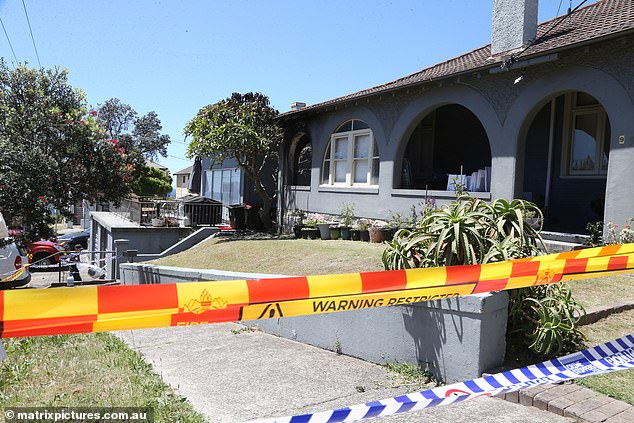 Shanks-Markovina lives at the back of the house and was not home at the time of the fire. The home was sealed off by investigators as daylight broke

‘We confirm that Jordan Shanks’ home was firebombed last night,’ the firm tweeted. ‘He is safe.

‘We hope that every possible police resource is dedicated today to securing evidence and intel.

‘It might even warrant a Strike Force focused upon terrorism and attempted homicide rather than dangerous jokes.’

He appeared wearing sunglasses and a Blacktown City soccer shirt in a new clip about the Victorian state election which is believed to have been pre-recorded before the blaze.

It was also revealed a smaller fire had earlier broken out at the Bondi home on November 16 but was put out before it could cause any significant damage.

Firefighters fought desperately to contain the blaze on Wednesday morning but the home suffered significant damage.

NSW Police are treating the blaze as suspicious.

Two elderly residents escaped the front of the burning property, while three neighbours fled their home next door.

Emergency services confirmed no one was injured during the fire.

Video from the scene showed the home gutted by fire with rooms reduced to ash.

Fire and Rescue NSW’s Adam Dewberry said there would be an investigation into whether the blaze linked to the incident on November 16.

Specialist forensic police and dogs ‘trained in the use of detecting accelerants’ were at the home on Wednesday combing through the rubble. 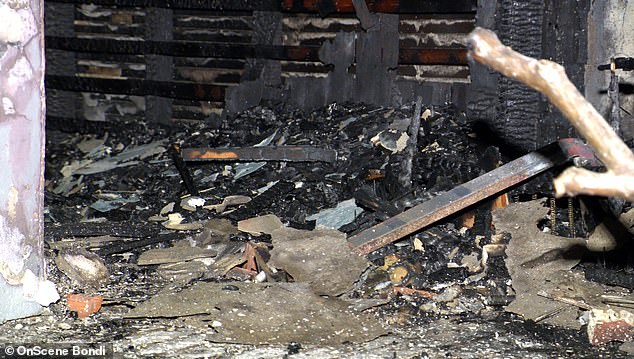 The sprawling beachside home, described as a ‘beautiful 1930s old home with lots of wood’ was significantly damaged by the fire (pictured). A neighbouring property was also damaged

‘The cause and origin of the fire [are] actually being investigated today by specialists who will also make sure the fire hasn’t caused structural damage elsewhere in the home,’ Mr Dewberry said.

Neighbour Astrid Rickard said she woke to the sound of the fire but initially thought it was fireworks for the World Cup.

Australia played France in its first game on Wednesday morning with the match kicking off at 6am AEDT.

‘We woke up and I actually thought it was fireworks for the World Cup, but I looked out the living room [window] and basically next door was on fire,’ Ms Rickard said.

‘We quickly got out of the house and grabbed the dog. Lots of people were already out on the street… it was pretty full-on.’ 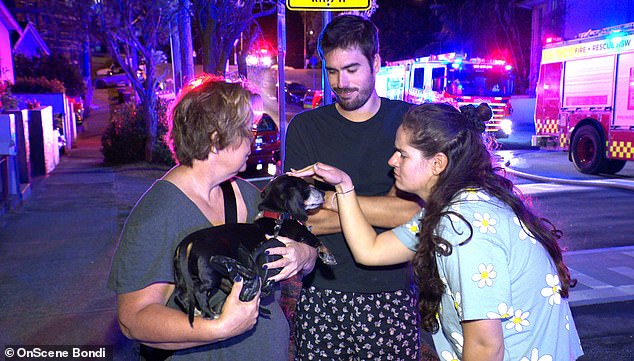 Neighbour Astrid Rickard initially thought the fire was fireworks for the World Cup but grabbed her dog and evacuated her home when she realised the house next door was engulfed in flames (pictured, left: Ms Rickard with her dog)

Ms Rickard said she was immediately worried the fire was linked to friendlyjordies.

‘Friendlyjordies lives at the back, so we kind of have a feeling it has something to do with that,’ Ms Rickard said.

‘This is the second attack in one week, so it is a bit concerning being right next door.

‘Someone has obviously got it out for someone cause this not a normal house fire, this does not just happen, someone’s thrown something in that veranda and got that house on fire.’

Police have urged anyone with information related to the two fires to contact Eastern Suburbs Police or Crime Stoppers on 1800 333 000. 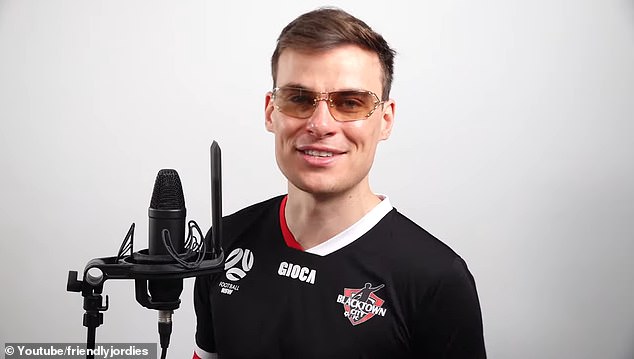 Jordan Shanks-Markovina, known as friendlyjordies on his popular political commentary YouTube channel, lives at the back of the impacted property

Katie Holmes goes braless as she slips into a slinky black dress for Bulgari 50th...

How Mark Zuckerberg pumped $36 BILLION into his failing Metaverse – and lost $30...