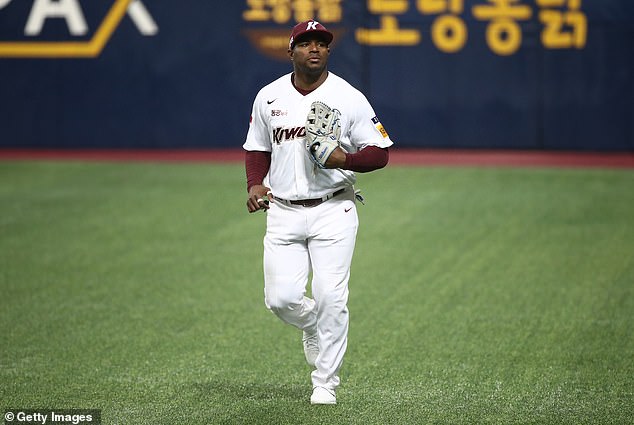 Yasiel Puig has changed his plea to not guilty in a federal investigation tied to his illegal gambling practice, after the ex-MLB star had initially agreed to plead guilty to a singular count of providing false statements when prosecutors interviewed him in January.

‘I want to clear my name. I never should have agreed to plead guilty to a crime I did not commit,’ the 31-year-old Cuban-born American right fielder said in a statement released on Wednesday.

The former All-Star, who is currently playing in South Korea, could face a maximum sentence of five years in federal prison for lying to government officials. In August, he filed a plea agreement stating that he began betting on sporting events in 2019 through a third party – identified in court documents as ‘Agent 1’ – who was involved in an illegal gambling operation run by 46-year-old Wayne Joseph Nix.

‘I don’t know why people like to say bad things about me and believe,’ the former MLB player tweeted on Wednesday.

Former Major League All-Star Yasiel Puig has changed his plea to not guilty despite agreeing to plead guilty to a charge of lying to federal investigators about his involvement in an illegal gambling operation, which allegedly started in 2019, according to the Department of Justice 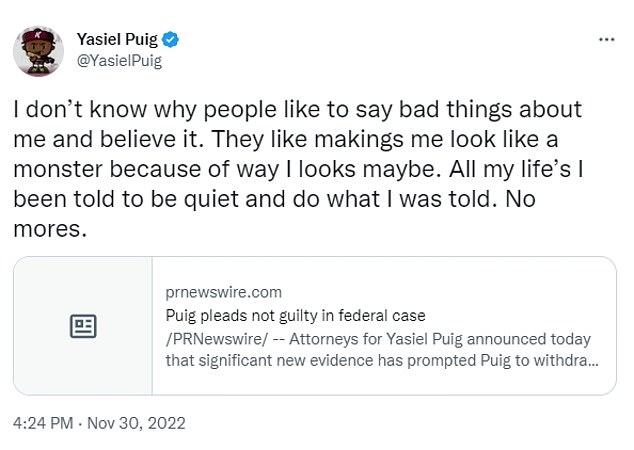 On Wednesday, Puig tweeted: ‘All my life I’ve been told to be quiet and do what I was told. No more’ The 31-year-old, who is currently playing in South Korea, could face a maximum prison sentence if found guilty of providing false statements to federal authorities

‘They like making me look like a monster because of way I look maybe. All my life I’ve been told to be quiet and do what I was told. No more.’

‘At the time of his January 2022 interview, Mr. Puig, who has a third-grade education, had untreated mental-health issues, and did not have his own interpreter or criminal legal counsel with him,’ she said.

‘We have reviewed the evidence, including significant new information, and have serious concerns about the allegations made against Yasiel.’

Leona Sports Agency employee and Puig’s agent, Lisette Carnet, said earlier this week that the former Dodgers, Reds and Guardians player logged into his interview with federal investigators on Zoom ‘feeling rushed, unprepared, without criminal counsel with him, and also lacked his own interpreter,’ The New York Post reported.

Nearly three years ago, Agent 1 and another person, identified as ‘Individual B,’ told Puig to write them a check or to wire transfer payable to Nix or his gambling client, ‘Individual A.’ 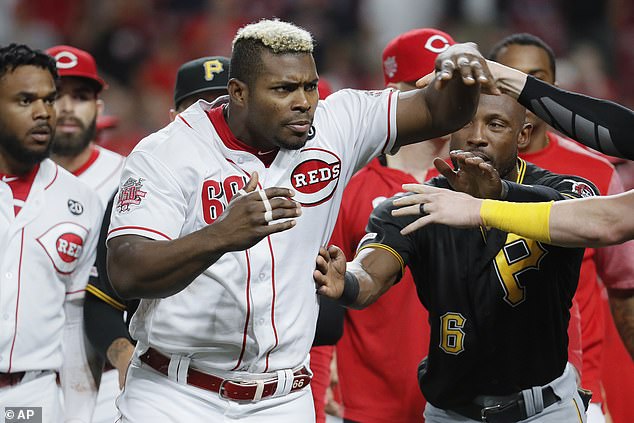 After the two sides resolved a dispute over the balance, Individual A gave Puig full access to his betting websites. Between July 4, 2019, and September 29, 2019, Puig placed 899 additional bets on football, basketball and tennis. 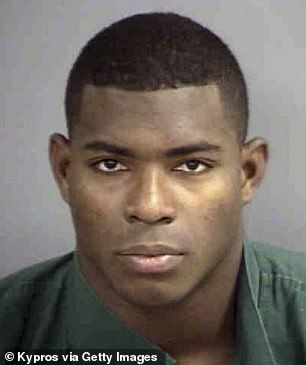 A mug shot of Cuba’s Yasiel Puig, following his arrest in Florida for speeding, 2013

The scheme then caught up with the former MLB player in January, when he was interviewed by federal investigators. Despite being warned about the dangers of lying, Puig did so several times, according to the DOJ. Specifically, Puig falsely stated that he only knew Agent 1 from his career as a MLB star and denied having discussed gambling with the individual.

In reality, the two had discussed gambling hundreds of times.

Puig also sent Individual B an audio message on WhatsApp in which he admitted to lying to authorities.

Nix has pleaded guilty to one count of conspiracy to operate an illegal sports gambling business and one count of filing a false tax return. He will be sentenced in March of 2023.

A native of Cienfuegos, Cuba, who famously tried and failed to defect to the US a dozen times, Puig became a sensation for the Los Angeles Dodgers soon after arriving in the country and signing a seven-year, $42m contract in 2012. He would finish second in the Rookie of the Year voting that season and posted a remarkable OPS+ of 159 (59 percent better than an average hitter in 2012). 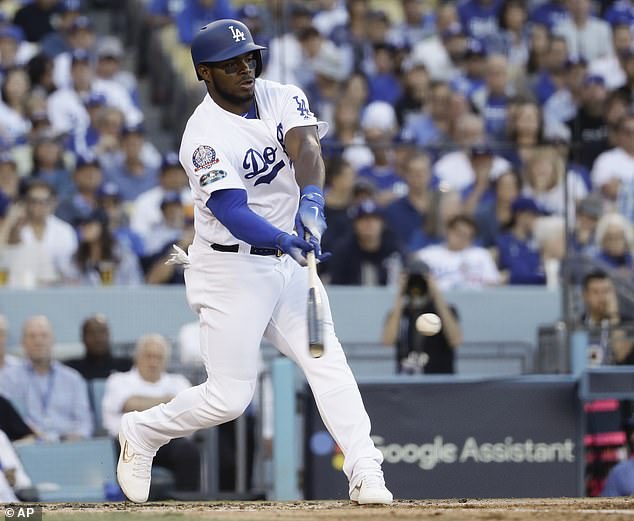 However, the right fielder’s production slipped each of the next four seasons, and by 2018, the team traded him to the Cincinnati Reds.

A year later, he would be dealt to the Cleveland Guardians, and was playing in Mexico by 2021. He signed a one-year, $1m with South Koreas Kiwoom Heroes in December of 2021.

Puig has also been in and out of trouble since arriving in the US. Charges have included several allegations of reckless driving, and in 2021, ESPN reported that MLB investigators interviewed a woman who claimed he sexually assaulted her in a Staples Center bathroom. He denied the charges, but ultimately settled with her out of court.

In December of 2021, the Washington Post reported that Puig also settled a lawsuit from two women who claimed he sexually assaulted them in 2017.

He earned $51m in salary over eight MLB seasons.

‘I think I look pretty’: Baywatch vet Donna D’Errico, 54, gets trolled and looks...