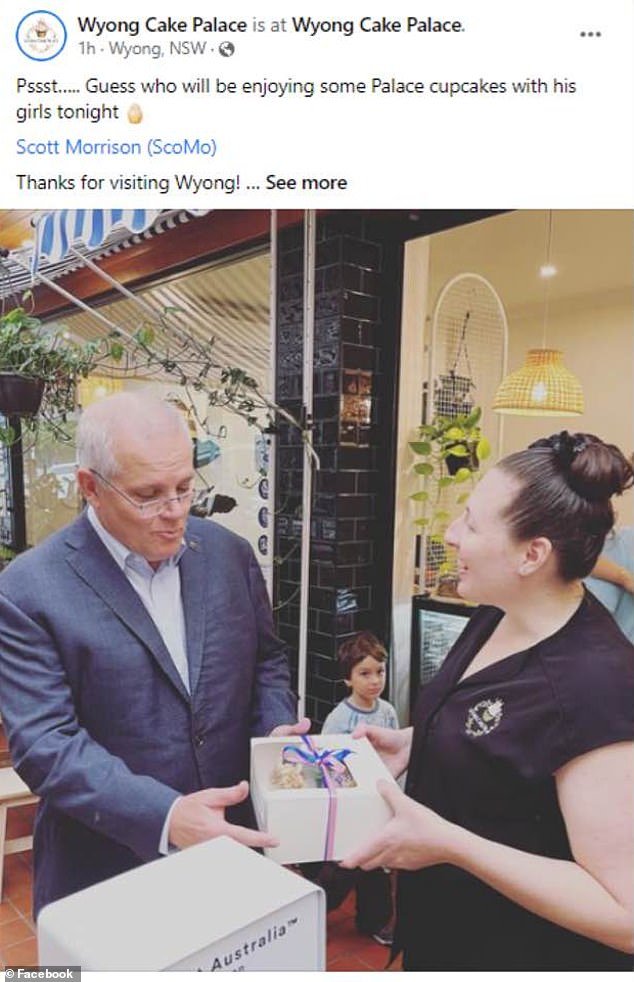 Vicious left-wing trolls have attacked a small bakery because it was visited by Prime Minister Scott Morrison and they dared to give him a box of cupcakes.

The Prime Minister dropped into Wyong Cake Palace while on the campaign trail on the NSW Central Coast on Thursday.

Owner Ashleigh Rudder gave Mr Morrison some cakes to take home as a treat for his daughters, Lily, 13, and Abbey, 11.

The business proudly shared a photo with the nation’s duly elected leader – but then came under ferocious attack by furious Twitter trolls who called for a mass boycott.

‘Another business to boycott,’ she said. ‘It’s not their politics, it’s their ethics. They don’t deserve your business.

‘Any business who supports this immoral PM & his corrupt government will be called out for it.’

Ms Rudder and her fiancé Brad Thomas were horrified by the backlash against their business which opened nine months ago at the start of Covid-19 lockdowns.

‘We were trolled pretty badly,’ Ms Rudder told Daily Mail Australia. ‘It was really disappointing to see the horrible things (said) about me and my business.’

‘The photo was never intended a political statement.’

‘We’re just a small business that’s been open for a less than year. We didn’t even have a grand opening because of lockdown.’

Ms Rudder extended an open invitation to Opposition Leader Anthony Albanese and said she would give him a similar warm welcome. 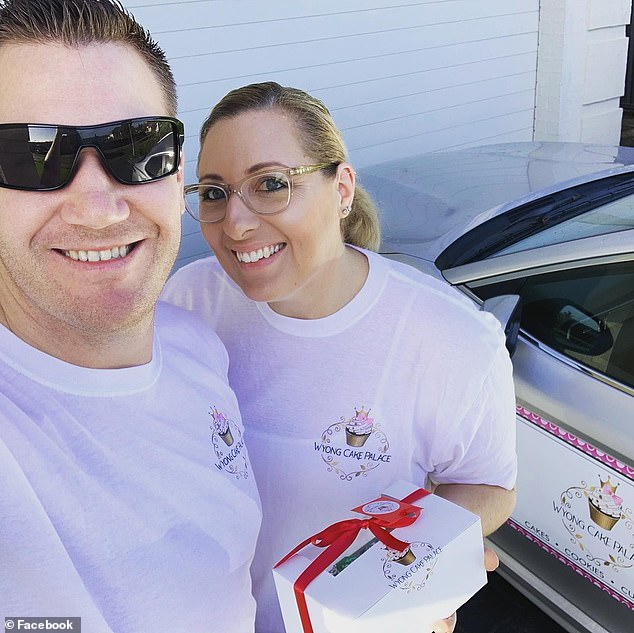 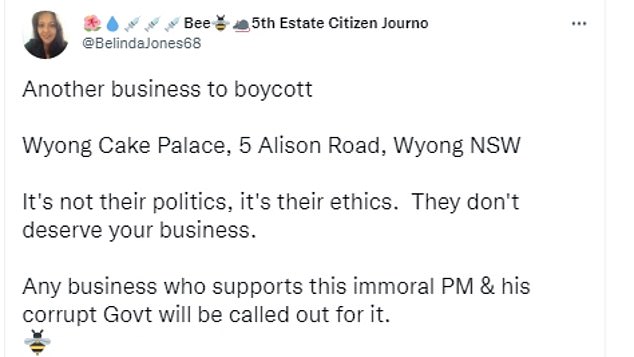 The backlash extended to the bakery’s Facebook page – where her photo was called ‘pathetic’ for ‘supporting the worst PM ever’.

She pulled down a post about Mr Morrison’s business – but she needn’t have worried as the trolls came under attack by her supporters.

‘Can she not have her own opinion? While you might not have the same views that doesn’t mean everyone should boycott her,’ one supporter said.

‘If you had your own business and Albo visited I’m fairly sure you’d be disgusted if someone acted like this towards you.’

‘Another added: This is honestly a pretty horrible thing to do to a business which has done nothing wrong but not align with your political bias. 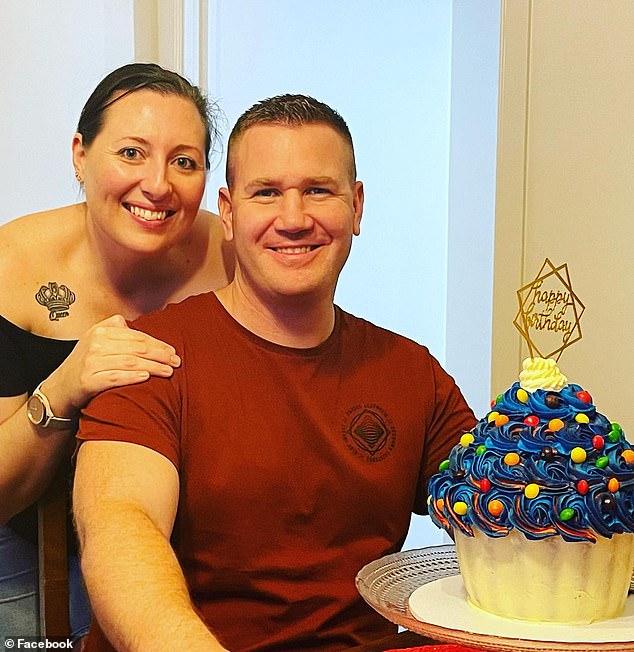 Ashleigh Rudder has been inundated with overwhelming support in the last 24 hours, telling Daily Mail Australia it has restored her faith in humanity 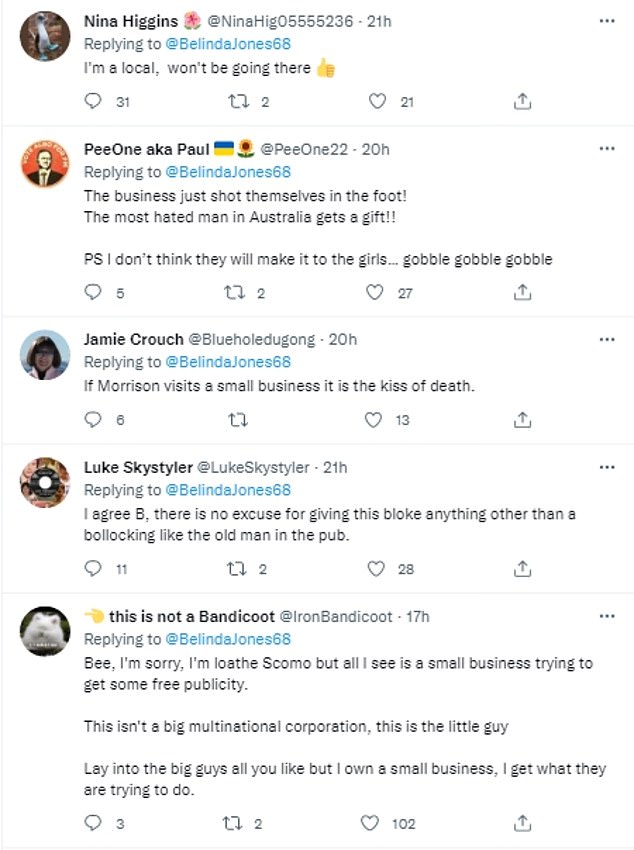 Ms Rudder is grateful for support. ‘We’ve been inundated with orders this morning, along with messages of support,’ she said.

‘All the calls, texts and positive reviews we’ve received has restored our faith in humanity.’

2GB breakfast host Ben Fordham was among those who slammed the ‘nasty individual’ who launched the boycott and jumped to the bakery’s defence.

‘This is not right,’ he told listeners on Friday.

‘We should be giving these businesses a hand.’ 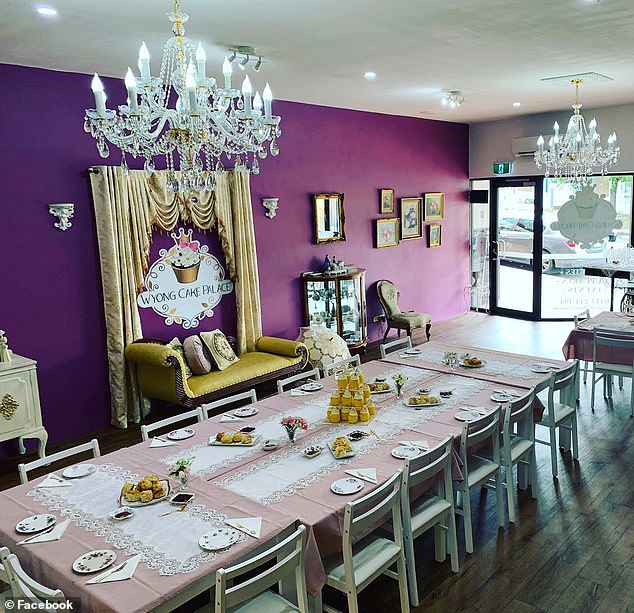 Ms Rudder fired a final shot at the trolls.

‘We live in a free country and everyone is entitled to their opinion.

‘But it doesn’t mean you should bring a business down over a photo.’

Sienna Miller leads the celebrity arrivals in a crop top and jeans at House...