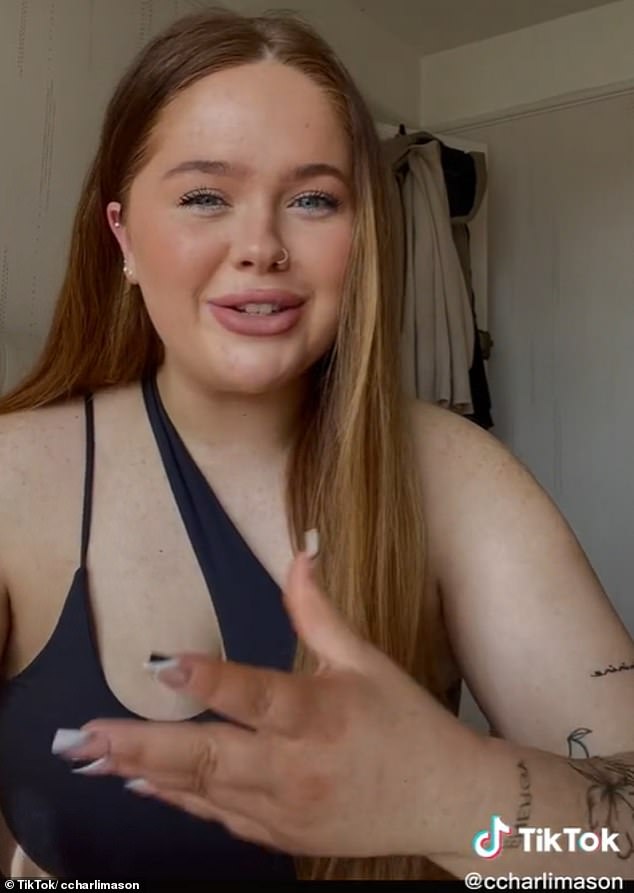 A busker has sparked a heated debate after revealing a passerby stopped her to complain about the ‘painful’ volume of her singing.

Posting under the handle @ccharlimason on TikTok, Charli shared footage of a man stopping her from performing on the streets of London to argue that the volume was unsuitable for those who are sensitive to noise.

The 21-year-old appeared calm throughout the interaction as she told the ‘angry’ man that the council had already visited the area and didn’t ask her to turn down the volume.

Many responses to the clip praised Charli’s reaction to the man and encouraged her to continue busking, however others claimed he was right to complain as street performers are often ‘too loud’.

Charli Mason, 21, (pictured) has gone viral on TikTok after sharing her interaction with a man complaining about her busking on the streets of London

Charli, who boasts over 11,000 followers on TikTok, said the ‘angry’ man stood shaking his head before approaching her.

‘Are you aware of the maximum volume for buskers? Shouldn’t be able to hear you after 100ft,’ he said, while knocking the tripod holding her camera.

‘I’ve gone to the council. I could hear you right up the High Street. Some people have hearing problems, it’s really painful and far too loud.’

‘It is a problem,’ the man responded.

Charlie continued: ‘The council have already been down today and they haven’t said anything.’ 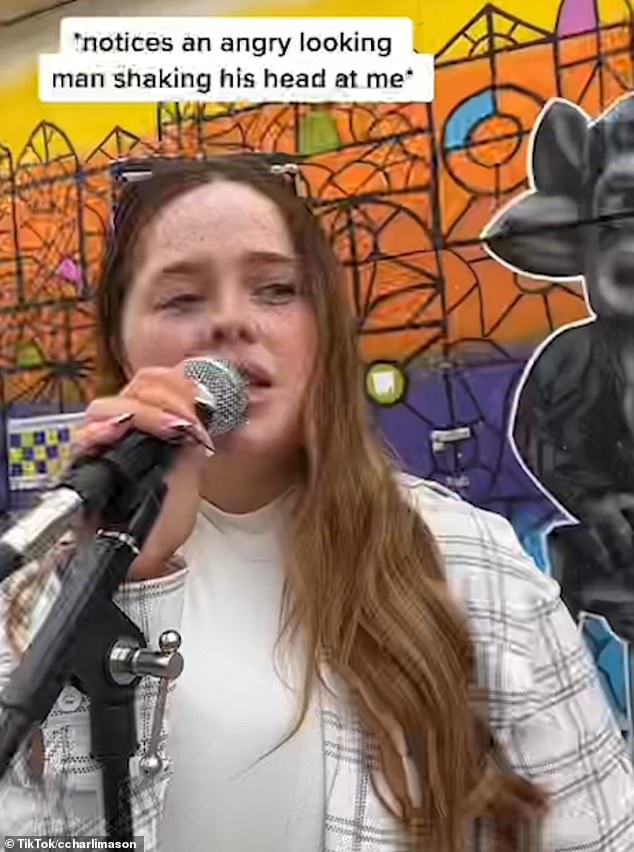 He replied: ‘They may not do but I’m just telling you that there are people. I’ve got some friends as well who do have a hearing problem.

‘They’ve had to cover their ears because it was so painful. Have you ever heard of hyperacusis? Look it up. You’re causing some real pain.’

Charli said: ‘Is that you politely asking me to turn down?’

The clip sparked division with some viewers praising Charli for remaining calm throughout the exchange, while others admitted they were in favour of the man.

One person wrote: ‘I will never understand people who moan at buskers you can literally walk away! They act like you’re inside their living room.’

Another said: ‘You handled that so well hon… The older generation just can’t cope with the energy of young people… keep going lovely.’

A third added: ‘You handled this so well, I’d of told him to do one and go further away.’

Disagreeing, one person commented: ‘TBH he’s not really angry, he was just addressing what was wrong and his worry for those people. He wasn’t shouting or anything.’

‘Aw I feel sad for him, hyperacusis is very painful and he’s just trying to go about his day. He was respectful,’ another wrote.

A third said: ‘Hyperacusis is becoming more common and when people do have it it does cause severe pain, so if that man has it I can see his point’

A fourth added: ‘Sorry but all these buskers using mics and amplifiers – not everyone wants to hear you when they are out shopping.’

Charli made a follow-up video in response to the backlash after spotting a comment from one person saying ‘I’m sorry but buskers can be very loud. There’s no need to be an extreme volume. It takes a lot of courage to ask, you shouldn’t have to ask.’

Charli said: ‘The majority of the comments have been so supportive and I’m grateful for that, thank you I wasn’t expecting that at all.

‘But a few have been a little bit like this, saying that I’m being dismissive or disrespectful of people’s disabilities. I just wanted to make sure that it’s very clear that that was not at all my intention.

‘The intention of that video was just that the gentleman could’ve approached it a little bit better. 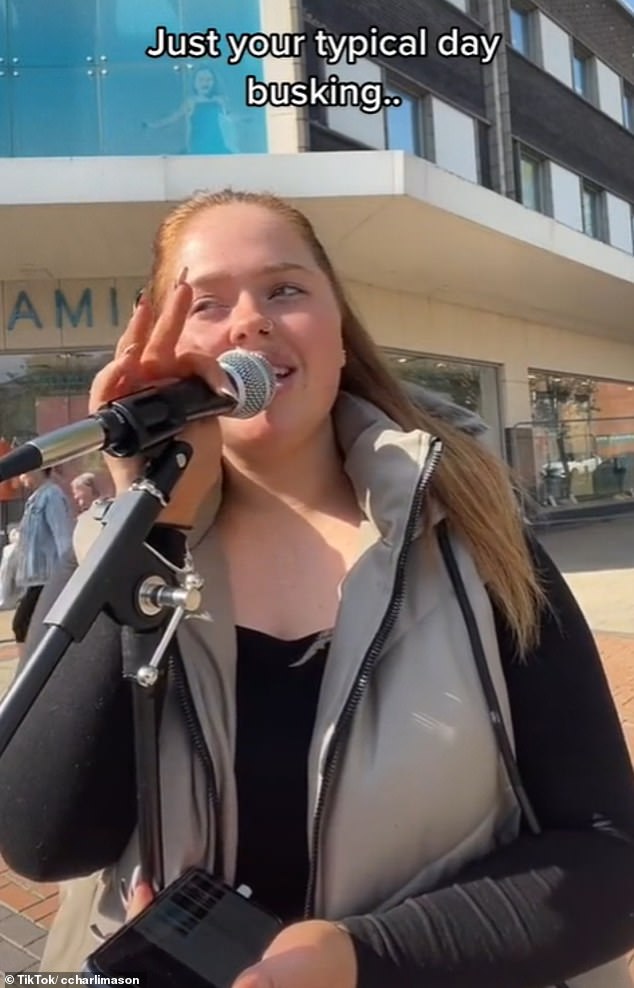 ‘Bit of background, he had been stood for a couple of songs prior to me asking what the issue was just with his arms crossed, shaking his head.

‘Where he was stood was blocking my busking bag from other people coming down the High Street. A couple people had approached me before I asked him if he was ok to say ‘are you ok’ because he was just standing his ground and being a bit standoffish.

‘It just could’ve been approached a bit better, that was all. There’s obviously no issue ever if you are out and there’s a busker disturbing you or being a little bit too loud.

‘It’s disturbing your work or just your day and you want to ask them to turn down a bit then by all means, you have every right to do that.

‘We are in the public domain. You have every right to ask us to be a little bit quieter, but it’s just that it could’ve been approached better.

‘I don’t know I’m bothering you if you don’t ask me, it’s just how to approach it.’

Idaho cops bombarded with death threats after arrest of 31 ‘white supremacists’ at Pride...

Biden planning to visit the BORDER next week

TikTok shows Cloncurry mum saving son from snake with a baby in her arms...

Moment Meghan FORGETS the name of her wedding song in new clip from Netflix...