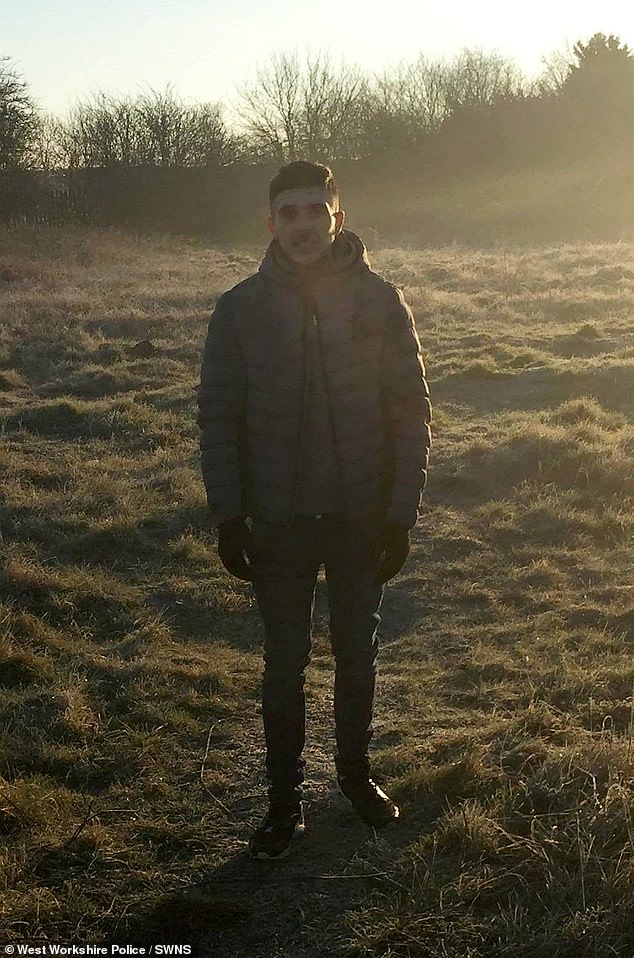 A schoolgirl who fought off a knife-wielding sex attacker and used her phone to take a picture which police used to snare him has spoken out after winning a bravery award four years after the horror took place.

Alexandra Muresan was just 15 when she was attacked by Nathan Rawson as she walked to school in Leeds, West Yorkshire in February 2019.

He was brought to justice with the help of the pictures taken by Alexandra, who feared she would be ‘killed or raped’.

The images of him standing in a field on a cold winter morning were circulated by West Yorkshire Police as part of an appeal and ultimately led to his arrest.

Alexandra, now 19, was awarded a bravery award from the police for her actions, which led to Rawson being jailed for 13 years.

And the courageous teenager says that while she was a ‘little bit scared’ to go out alone after the incident, it has actually now ‘boosted her confidence’.

Recalling the horror incident, she said: ‘When he came towards me, I saw the handle of his knife and I just grabbed it and started pulling. 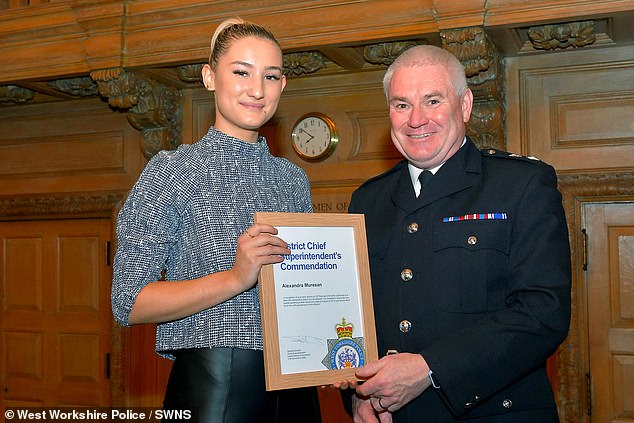 Alexandra (pictured), now 19, was awarded a bravery award from the police for her actions, which led to Rawson being jailed for 13 years

‘There was just so much adrenaline – my whole body was shaking. I don’t know why – it’s what came to mind straight away and I just did it.

‘I did rugby for two years, so I managed to get it off him eventually.’

Photos she took helped cops identify Rawson, who was given an extended sentence of 13 years and eight months at Leeds Crown Court last May.

At the time, the court heard  Rawson targeted the girl as she walked across fields near to Torre Close, Burmantofts, on February 15, 2019.

The victim was listening to music on her headphones when he walked up to her and grabbed her by the waist. He then showed the girl a knife and ordered her to go with him.

Rawson forced her to go into bushes with him then pushed her shoulders downwards.

Fearing she was going to be killed, the girl grabbed hold of the knife when she saw the handle of the blade sticking out of his clothing.

There was a struggle and the teenager cut her hand on the weapon but managed to take it from him and ran.

He plead guilty to kidnapping, wounding, possession of an offensive weapon and two unrelated counts of burglary.

Alexandra added: ‘I don’t even know how to describe how I felt after it happened. 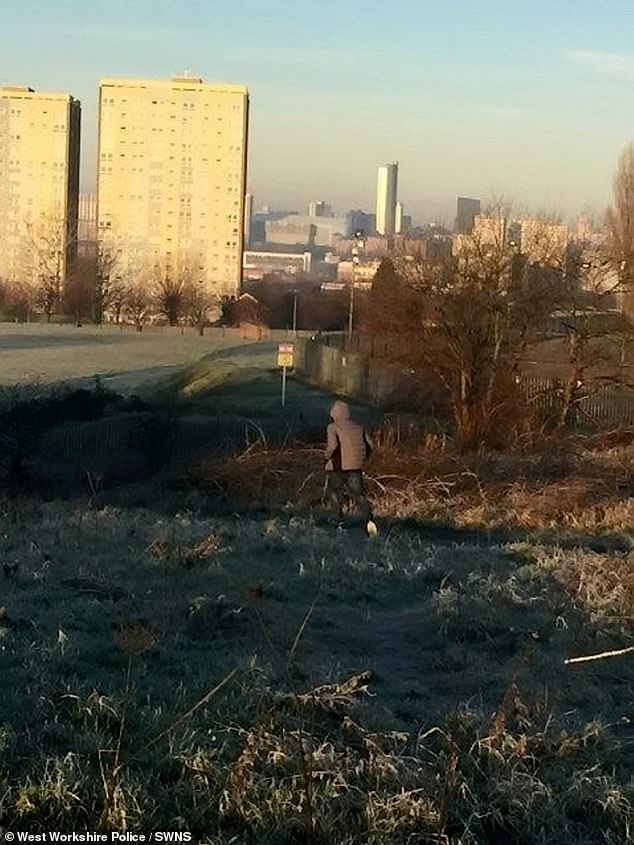 Photos she took helped cops identify Rawson, who was given an extended sentence of 13 years and eight months at Leeds Crown Court last May 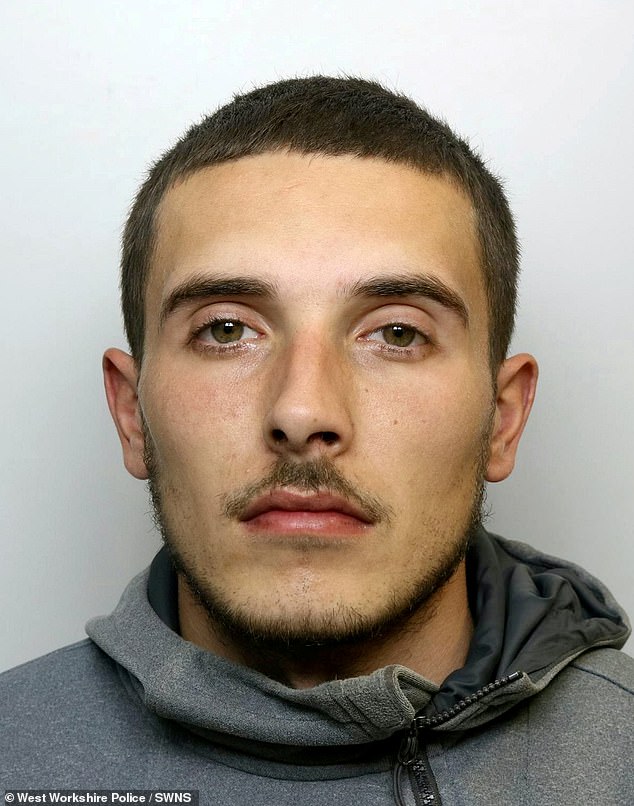 Rawson (pictured) had grabbed Alexandra by her waist, showed her a knife and forced her to walk with him into a woodland area

‘It’s not really something you experience every day.

‘My mum and dad were obviously really worried about me, but they did everything they could to help.

‘They wanted to take me to therapy, but I’m not the kind of person to talk a lot and go to therapy.

‘At first, I was a little bit scared to go out by myself, but at the same time, as I grew older, it kind of boosted my confidence.’

Alexandra has now been awarded an award by West Yorkshire Police in the Leeds District Awards for her bravery in the terrifying attack.

She said: ‘It was a nice night – but it was nerve-wracking, because you had to go onstage and collect your award in front of everyone.’

Her certificate read: ‘In recognition of your brave actions on 15th February 2019 when confronted by a male who attempted to abduct you at knifepoint.

‘You managed to disarm the man despite sustaining a knife wound and obtained images of him on your phone which led to the swift apprehension of the offender.’

Coronation Street fans hit out at Daniel Brocklebank who goes to bed early to...