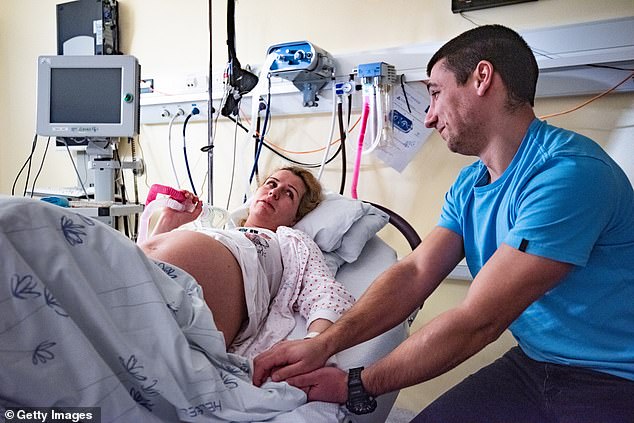 A first-time mum has told of the major spat she had with her husband that caused him to miss the birth of their first child after he called her a ‘hormonal mess’ in the delivery room.

In a post to Reddit, the 32-year-old mum admitted her baby’s father still hasn’t met his child after he complained about her being ‘difficult’ during the pregnancy.

The woman was so offended she said she kicked him out of the room and refused to let him witness the birth of his daughter.

‘We were in the delivery room together, all was going well, I was in a lot of pain, but he was really supportive,’ the new mother started the post.

She said the midwife was asking questions to ease her mind between contractions and innocently asked if the couple were excited about the pregnancy coming to an end.

‘I said that yes, because it’s been hard for me. My husband snorted and said ‘for me too, she was so difficult’,’ she wrote.

While the midwife tried to change the subject, the woman pushed the issue asking her husband what he meant.

‘He said that he is happy it’s over and he will get his wife back and ‘the hormonal mess is over’,’ she said and that she was so ‘hurt’, she asked him to leave the room which he initially refused. 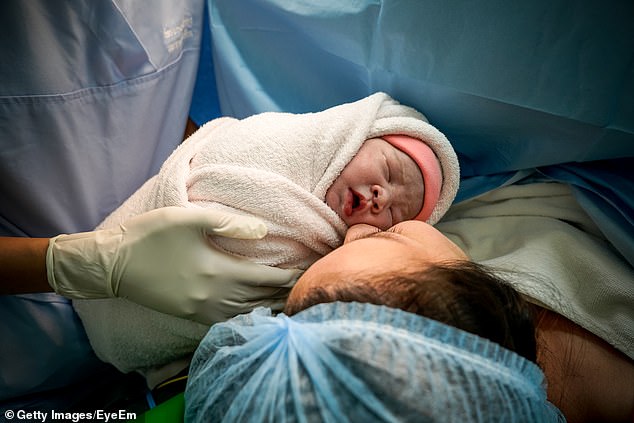 ‘I yelled at him to get the f out and he was p***ed off, called me an a**hole for making him miss his kid’s birth and stormed off.’

The frustrated mum said he hasn’t been back to see their daughter but was due to visit later that day.

Her post drew in thousands of responses and with many jumping to the new mum’s defence saying the husband’s behaviour was ‘inexcusable’.

Who is most out of line?

‘You just grew a human! You just birthed a human! He had an orgasm and held your hand. In no way are those comparable efforts. He said something cruel, inexcusable, and wrong. He has a lot of apologising and behaviour change ahead,’ one person wrote.

‘If it means that much to him, he could have behaved himself like a supportive partner and kept his stupid, insulting and demeaning jokes to himself. Pregnancy is hard and any man who can’t give his wife the respect she deserves for what she has done shouldn’t be in the delivery room,’ another quipped.

Other’s pointed out that a woman’s hormones don’t always get worse after a baby is born – sometimes they get ‘worse’.

‘Husband must not know anything about women’s bodies after giving birth. the ‘hormonal mess’ won’t be over for QUITE a while. He’ll need to buckle up for the ride or get outta there permanently,’ one user warned.

Children infected with three viruses at a time because COVID measures have worn down...

How Bruce Lehrmann and Brittany Higgins reacted to shock news trial was abandoned after...