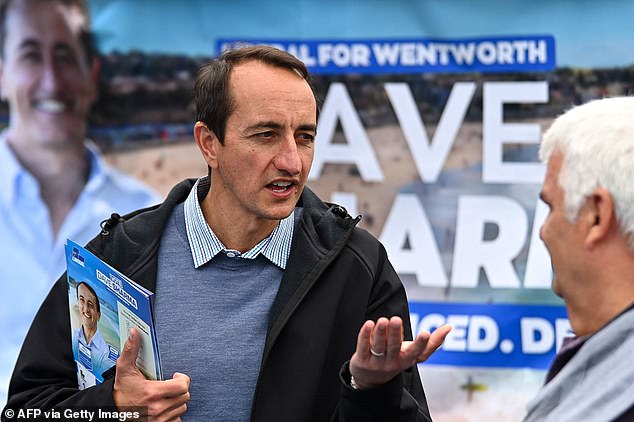 Scott Morrison was ‘viscerally’ disliked by voters who ousted scores of Liberal MPs in a protest against the Prime Minister, former MP Dave Sharma has claimed.

The former Liberal member for the inner-Sydney seat of Wentworth lost his job to ‘teal’ independent Allegra Spender, who focused her campaign on climate change.

Mr Sharma gave a damning verdict on the consequences of Mr Morrison’s popularity in his electorate, with up to 20 Liberal MPs losing their seat in other areas.

The 46-year-old put the blame firmly at Mr Morrison’s feet, saying he was ‘definitely a drag’ on his vote.

‘He had a negative approval rating in seats like mine, and he was a drag on the vote,’ he told ABC Radio on Wednesday morning.

‘When you spoke to people… it was almost visceral, their reaction (to Morrison).

‘They would say “he’s too religious”, they didn’t like that he carried coal into parliament one time.

Meanwhile, the so-called ‘teal’ candidates, including Ms Spender, the daughter of designer Carla Zampatti, positioned themselves cleverly to voters as an alternative, he explained.

‘Undoubtedly, the (former) prime minister had lost some prestige and credit during over the last few years,’ Mr Sharma added.

‘The teal candidates positioned themselves quite cleverly I think, as a repository for an anti-government protest vote without being a Labor-Greens vote.’

But the moderate Liberal said he was not one of the MPs who urged former treasurer Josh Frydenberg – who also lost his seat to ‘teal’ independent Monique Ryan – to challenge Mr Morrison for the leadership.

In September last year, some Liberal MPs urged Mr Frydenberg to turn against the Liberal Party leader out of fear he was steering the government towards a crushing electoral defeat. 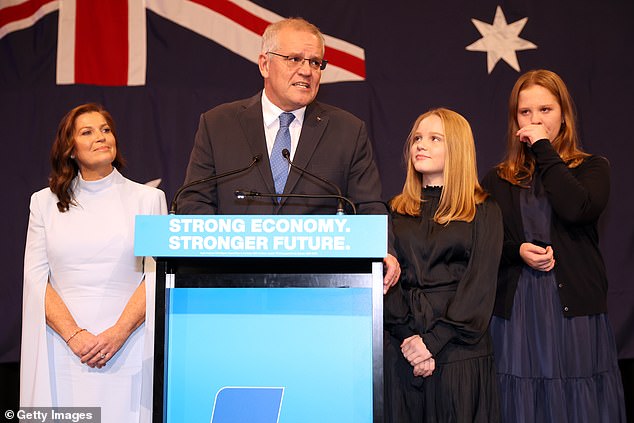 ‘When you spoke to people … it was almost visceral, their reaction (to Morrison),’ Mr Sharma told ABC Radio National (pictured, Mr Morrison with his family as he conceded defeat on Saturday night) 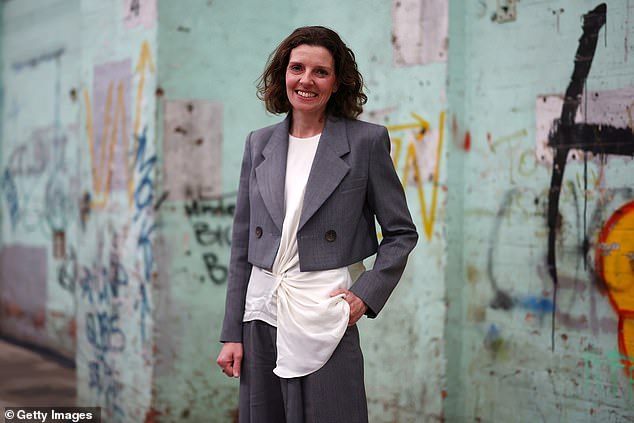 Mr Sharma was one of many high-profile Liberal MPs to lose his seat to independent candidates focussed on climate change. In Wentworth, he lost to Allegra Spender (pictured)

‘My view was, and remains, that we should stick with the leader we’ve got and take them to the election and if the electorate pronounces a verdict, as it has on this occasion, so be it,’ Mr Sharma said.

With Mr Morrison stepping down as party leader on election night, there is no better option to take the party forward than former defence minister Peter Dutton, who is widely expected to take on the role, Mr Sharma said.

‘He’s our most experienced parliamentarian… his first job and his main job is to hold the government to account and to be opposition leader,’ he said.

Mr Frydenberg finally conceded his seat of Kooyong on Tuesday after losing to independent Monique Ryan.

The former treasurer was another one of many high-profile Liberals to lose their safe, blue-ribbon seats to the so-called teal independent candidates. 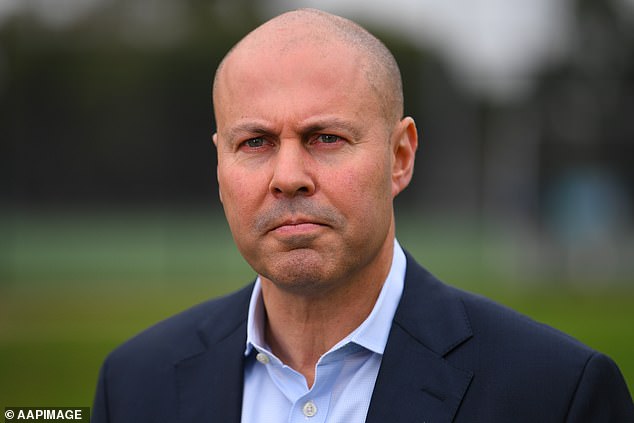 In September last year, some Liberal MPs urged Mr Frydenberg (pictured) to turn against the Liberal Party leader out of fear he was steering the government towards a crushing electoral defeat. The former treasurer also lost his seat in this election

Elon Musk announces his Twitter deal is ‘temporarily on hold’

Pixie Lott looks chic in a pink mini dress as she and Oliver Cheshire...

Malia and Sasha Obama enjoy lunch in LA – as mom Michelle opens up...