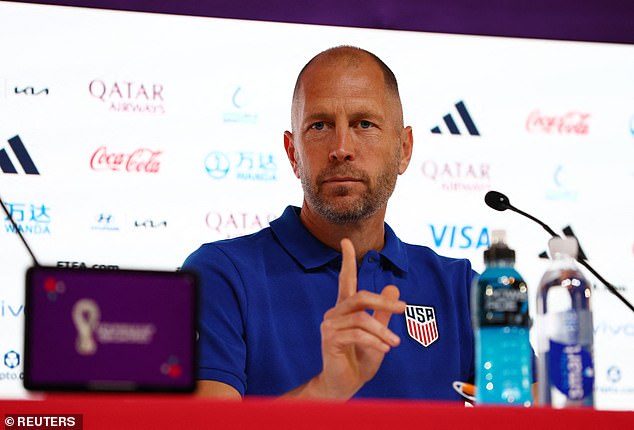 England and the USA are known around the world for their special relationship.

But tonight the Three Lions want to teach the Stars and Stripes a lesson on and off the pitch.

From suspect terminology and cringey chants to an apparent difficulty understanding the offside rule – leading to the New York Times producing its own handy guide – there’s still a lot that the Americans get wrong about the Beautiful Game.

And that’s even before we get started on Diana Ross’s shocking penalty at the 1994 World Cup opening ceremony (yes, we’ve still not forgotten)…

With England and the USA preparing to face off against each other in Qatar tonight, it’s time to iron out these issues once and for all.

Below, we reveal our light-hearted guide of all the times Americans have shot wide of the goal…

1. Americans insist on calling it ‘soccer’ when we all know it’s football

When you consider that the game is almost entirely played with the ball at a player’s feet, it would ordinarily be a foregone conclusion that the sport would be called football.

But in the US, it is called soccer because the NFL is already known as football – despite being played almost entirely in a player’s hands.

Soccer, though, was first coined in England as an abbreviation of association, when the sport was known as association football. The name helped to distance the sport from rugby football, which later became just football.

The US manager Gregg Berhalter told his players before the tournament that he wanted them to ‘change the way the world views American soccer’.

Berhalter was echoed by Chelsea winger Christian Pulisic, who also used the term despite playing in the Premier League.

He said: ‘That’s what we’re here to do. ‘Maybe it hasn’t been the top sport, or whatever, back in the States. We want to change the way that the world sees American soccer. That’s one of our goals.’ 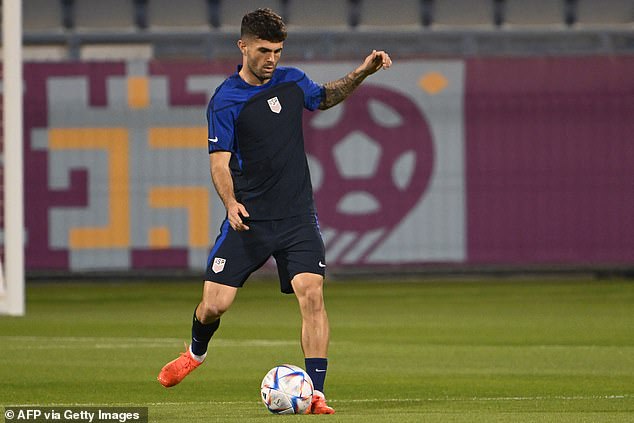 The US manager Gregg Berhalter told his players before the tournament that he wanted them to ‘change the way the world views American soccer’. Berhalter was echoed by Chelsea winger Christian Pulisic 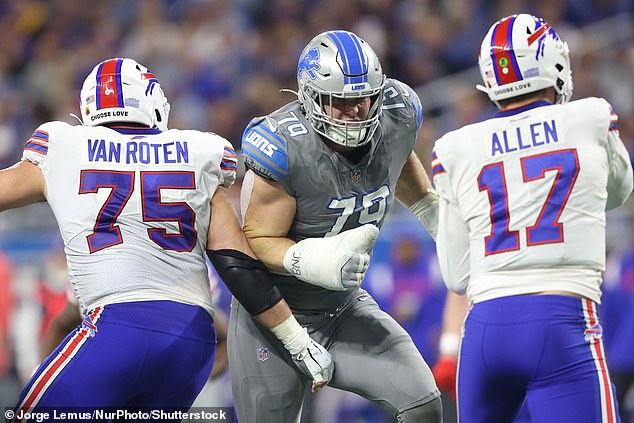 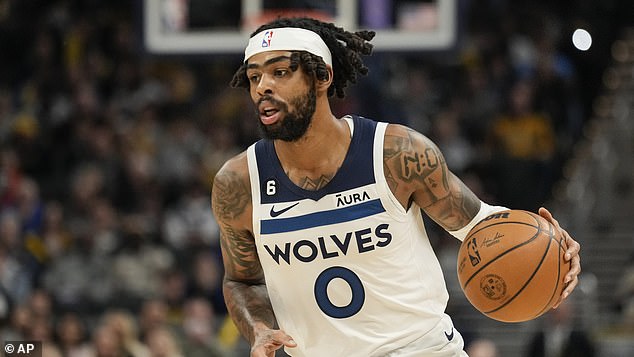 US actor McElhenney and his Canadian-American Hollywood superstar co-owner Ryan Reynolds were embarrassingly caught out by the offside rule in their side’s 1-0 defeat against Bromley in the FA Trophy final in May.

The acting duo bought the National League club in November 2020, and were in attendance at Wembley, when Wrexham appeared to equalise in injury time.

The celebrations for most were short lived when a glance to the side of the pitch showed the assistant referee holding his flag aloft for an offside and the goal was chalked off. 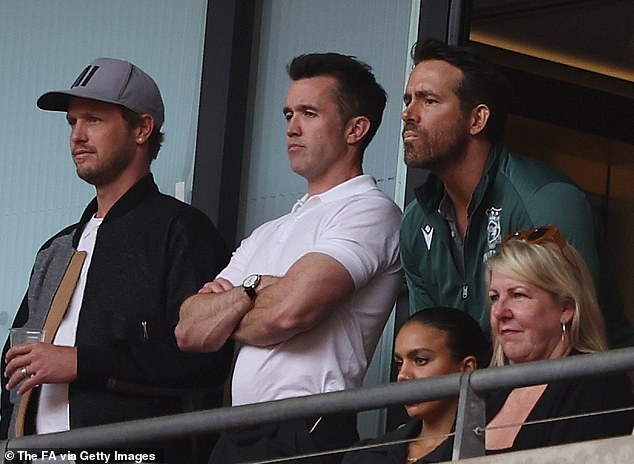 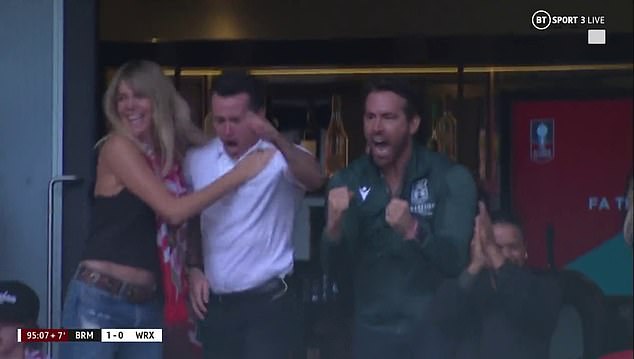 They celebrated Wrexham’s late equaliser long after it had been ruled out for offside, then appeared confused as to why it had been chalked off

But Reynolds and McElhenney appeared oblivious to what was going on as they continued to congratulate and hug each other in their private box.

The pair then eventually stopped celebrating, yet appeared puzzled as to why the goal had been ruled out.

3. Chelsea owner drew up a 4-4-3 formation and called for an All-Star game

Chelsea’s American co-owner Ted Boehly has certainly been outspoken since purchasing a stake in the club in May.

In September, he caused a stir among English fans after suggesting the Premier League should introduce an all-star North versus South game to help raise money for the English football pyramid.

Boehly, who led a consortium to complete a £4.25billion takeover, claimed the Premier League could learn a lot from American sports in creating more revenue. 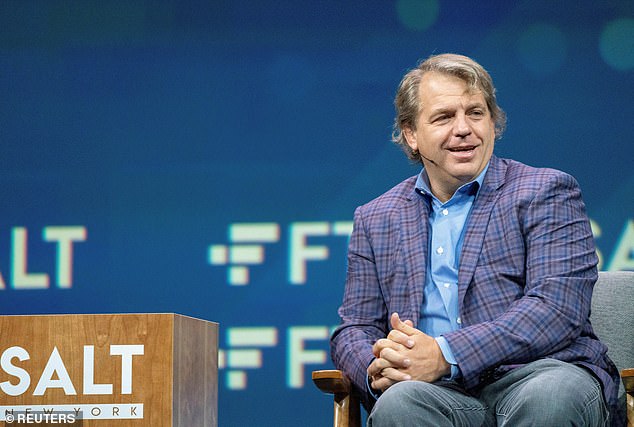 American sports such as the NFL and NBA host an annual All-Star game in which a number of the best players from across the league take part in an exhibition style contest.

But the Chelsea owner also allegedly drew up a ‘4-4-3’ formation in a meeting with then manager Thomas Tuchel, The Athletic reported, though the club has denied it.

4. The time an MLS team handed its fans chant sheets

Then MLS newcomers New York City FC came up with a novel way to stir up an atmosphere in 2015.

Their team is struggling on just six points from nine games in the Eastern Conference, and they want to create a rousing reception at home. 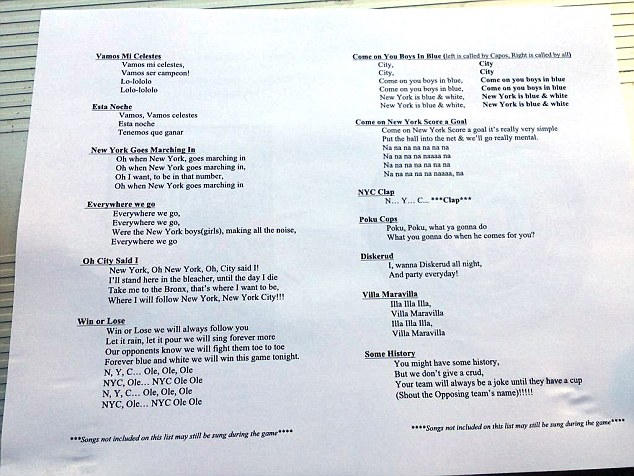 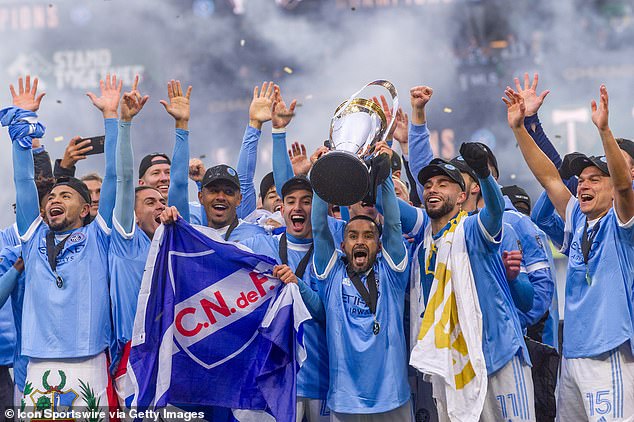 Every home fan inside the Yankee Stadium could see an instruction sheet which featured a variety of different chants.

Chants such as ‘You might have some history, but we don’t give a crud,’ feature on the sheets in a bid to inspire the team to brilliance. 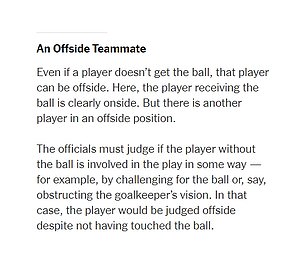 The New York Times, along with other US news outlets, published an explainer on the offside rule ahead of the World Cup.

5. The New York Times felt the need to publish an explainer on the offside rule

Football continues to lag behind the NFL, NBA and MLB in the US, so predictably fans in the country are not too well versed when it comes to the complexities of the offside rule.

The New York Times this week published a guide for Americans to get to grips with the law.

Headline ‘what is offside in soccer?’, the article contains multiple graphics and detailed explanations showing small circles and arrows on miniature football pitches. That is despite the US Women’s team being world champions.

The introduction also goes on to explain that the offside rule is something ‘novice fans don’t understand’, before adding that more experienced supporters of the sport ‘openly disagree about it’.

It also refers to an GQ interview with McElhenney and Reynolds in which the latter says ‘nobody understands the offside rule’.

It may be time to learn, with the US women’s team now ranked top in the world – having won four of eight World Cups.

The men’s team made the semis of the inaugural World Cup in 1930, but has since struggled.

6. And still the New York Times can’t get it right, writing that: ‘Wales scored on a late penalty kick’

Following on from its explainer, the New York Times dug a deeper hole with its reference to Gareth Bale’s late equaliser for Wales against the US on Monday.

A tweet linking to a match report from the match, which finished in a 1-1 draw, told of how Wales ‘scored on a late penalty kick’.

Stating that Wales ‘scored a late penalty’ would have sufficed.

It was worsened by replies to the tweet, with one American social media user suggesting that  penalties ‘should be worth half a goal’ and another stating that World Cup matches ‘should have overtime’.

7. Will Ferrell counts himself a fan of the game, but still led a toe-curling chant with American supporters

Perhaps the biggest bugbear for English fans, known for elaborate chants from the terraces, are some of the songs that emerge from the stands during MLS games.

Hollywood star Will Ferrell, co-owner of Los Angeles FC helped hype supporters during a match against Vancouver Whitecaps in October 2018.

Conducting from the front, the 51-year-old led the chant ‘jump for LA football club’ as the camera panned to see the supporters singing and jumping from left to right in unison.

One Seattle Sounders fan, though, went viral after taking a mic to a match in September 2019. 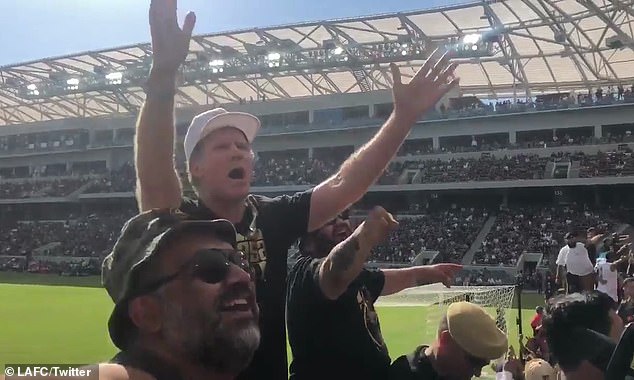 In footage taken by a nearby fan, he had a ‘possessed’ look as he shouted into the microphone: ‘Come on, Seattle! Fight and win!’

A set of MLS fans were also heard singing ‘barbecue’ to the tune of the iconic Vindaloo England song by Fat Les.

They also replace the lyrics ‘we’re gonna score one more than you’, with ‘three more’.

The simple, yet surprisingly rousing, chant became a hit in America, with celebrities such as Ferrell and Kevin Costner starring in TV adverts aimed at inspiring the nation to get in to the World Cup spirit.

8. And of course, Diana Ross missed a penalty at the 1994 World Cup opening ceremony 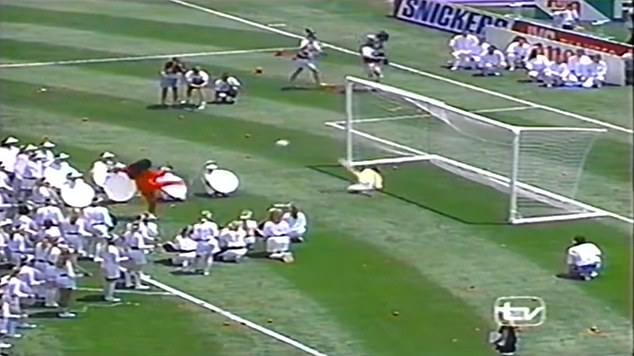 The US hosted the tournament in 1994 and will again do so alongside Mexico and Canada in four years’ time.

Many will recall the cringeworthy moment when pop star Diana Ross somehow missed from about five yards in the opening ceremony for 28 years ago.

What made it so ridiculed was that the goal then collapsed in on itself as though her spot-kick had smashed it while the ball trickled hopelessly wide of the mark.

The correct terminology Americans should be using today

The players run around on a pitch… not a field 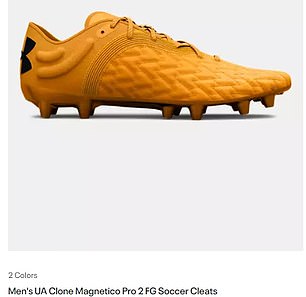 Boots are referred to as soccer cleats in America

It is a football pitch, not a football field. The latter suggests the playing area is just open land, rather than an enclosed section of grass with lines marked out for an outdoor sport.

And they are all wearing football boots… not cleats

A footballer wears football boots, not soccer cleats. In the US, cleats can refer to anything that contains spikes or studs on the bottom of the footwear.

Football boots, though, are evidently used specifically for football.

While wearing a kit… not  uniform

A football kit is the go-to term, though ‘strip’ may also be accepted here. 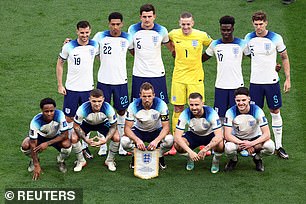 What will not be accepted, despite its very definition being ‘distinctive clothing worn by members of the same organisation’, is uniform.

Supporters wearing the jersey of their chosen team is also not acceptable.

It is always nil… never zero

If neither team scores following 90 minutes, it finishes as a nil-nil draw, rather than a ‘zero-zero’.

If one team scores and the other fails to, then it will be one-nil, not one-zero.

It’s the Premier League, not the EPL

In America you’re often hear of a league called the EPL, or English Premier League.

But this isn’t correct – it’s simply the Premier League.

If the scores are level then it is a draw, not… a tie 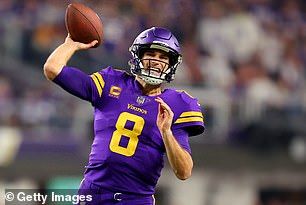 Unlike NFL, football (yes, the round ball type) can end in a draw without having to go to overtime

While ties do not exist in America’s three major sports, with the NFL and NBA going to overtime and baseball going into a tenth inning if the scores are level, a football match will finish.

But that match will finish in a draw between the two teams, not a tie.

However, that changes when we get to the knockout stages of the tournament.

If the scores are level following 90 minutes from the last-16 to the final, then we go to extra time – an additional 30-miniute period.

And if the teams are still drawing, there is a penalty shootout to decide the winner.

Prince Harry is back on the polo field in Santa Barbara in first public...