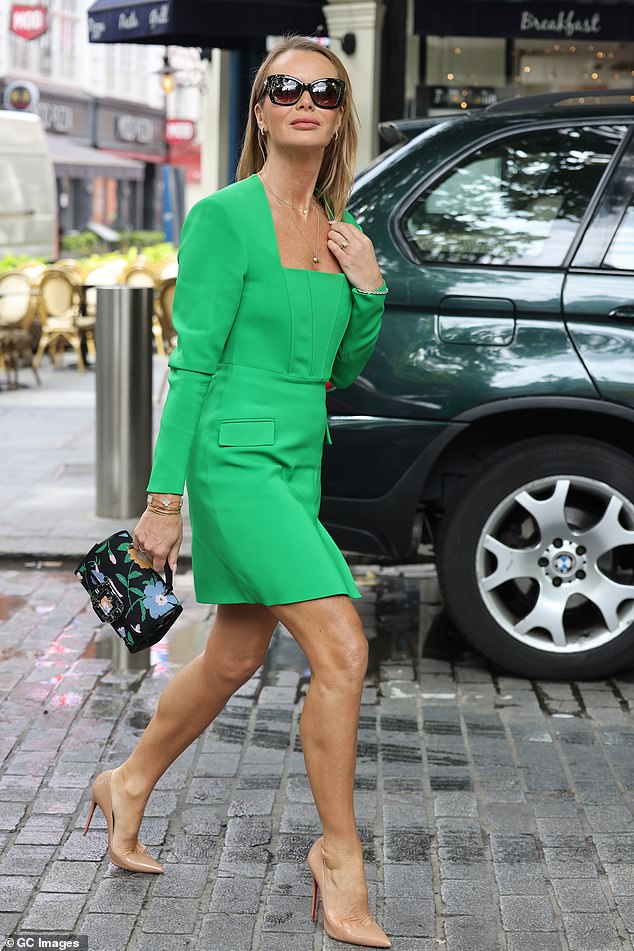 By Emma Powell For The Daily Mail

It might be seen as a sexist gesture by some.

But not for Amanda Holden, who has revealed she loves getting wolf whistles from builders who find her attractive. The Britain’s Got Talent judge, 51, said she enjoys being ‘tooted at’ and receiving comments about her appearance – and doesn’t care if it is sexist.

Amanda Holden, 51, mother-of-two said: ‘I want to be tooted at by men’

Miss Holden told Woman’s Weekly magazine: ‘I still want to get wolf whistles in my 70s, and I don’t care how sexist that is. I want a builder to give me a little “oi, oi” when I walk past. I want to be tooted at by men or women when I’m walking the dog!’

And the mother of two, who this week flashed her bare bottom in tennis whites ahead of Wimbledon, said women should wear what they want irrespective of their age. 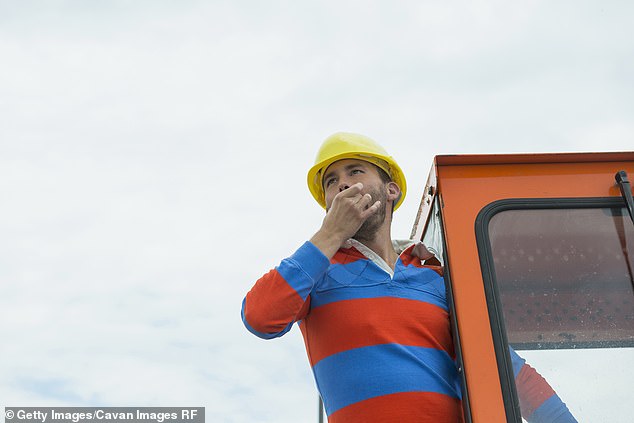 ‘The only way to change things is to not give a damn,’ she said. ‘I think all the women I engage with are like that and hopefully, by reading about and seeing us, other women feel championed and brave enough to take a few risks, whatever their age or body shape.’

The Heart radio Breakfast presenter added: ‘I’m not one of those women that goes, “Ooh, I’m in my 50s now, I had better not wear a knee boot, or a thigh boot or a shocking-pink heel”.’

Miss Holden previously complained about wolf-whistling theatregoers when she played Princess Fiona in Shrek the Musical in the West End.

‘There’s wolf-whistling through the show,’ she told The Sun in 2011. ‘I literally think, “I’m coming down those steps and I’m going to take you out”. People think they’re hilarious.’

Woman, 37, diagnosed with terminal ovarian cancer moments after giving birth to her son