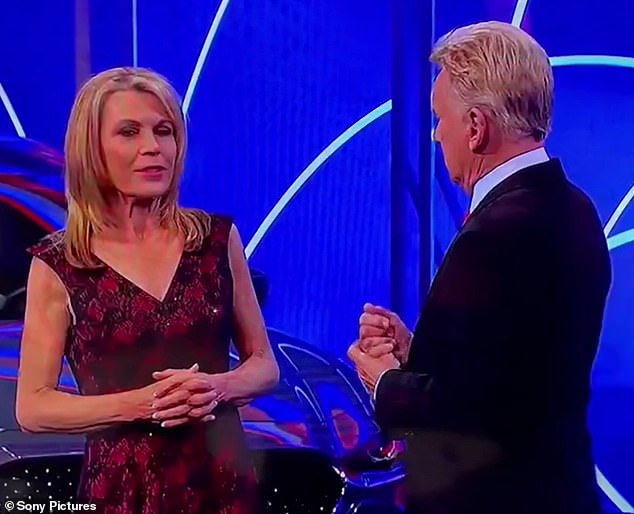 Pat Sajak earned some groans from the Wheel of Fortune studio audience — and backlash on social media — for a sexually-tinged remark to his co-star Vanna White in Wednesday night’s episode of the long-running game show.

In fact, some social users have gone as far as to call the awkward banter a #MeToo moment after Sajak, 75, asked White, 65, if she likes watching opera while nude.

Ever the professional, White firmly shot down Sajak’s question but kept a smile for the camera, laughing even as the audience reaction was mixed.

Viewers at home have had strong responses, too, with some calling Sajak’s comment ‘gross’ and calling on him to retire.

On Wednesday’s Wheel of Fortune, Pat Sajak, 75, asked Vanna White, 65, if she watches opera while nude after an opera singer guest won big 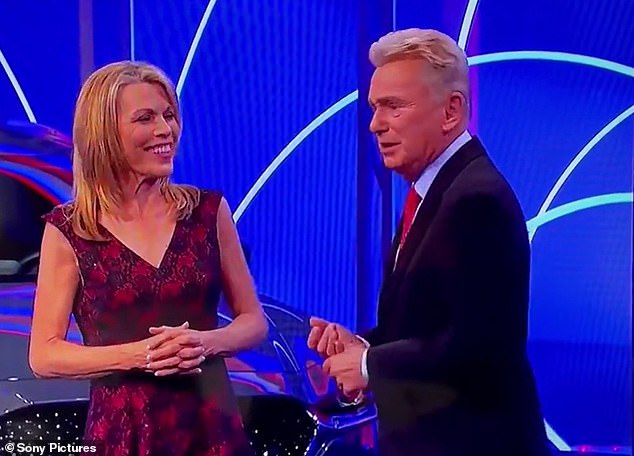 White responded with a firm ‘no’ but then smiled and laughed it off. There was some laughter in the studio audience, as well as loud groaning

As the credits rolled, Sajak and White stood alone for a moment during which they traditionally wrap up the show with the banter.

‘Have you ever watched opera in the buff? I’m just curious,’ Sajak followed up. 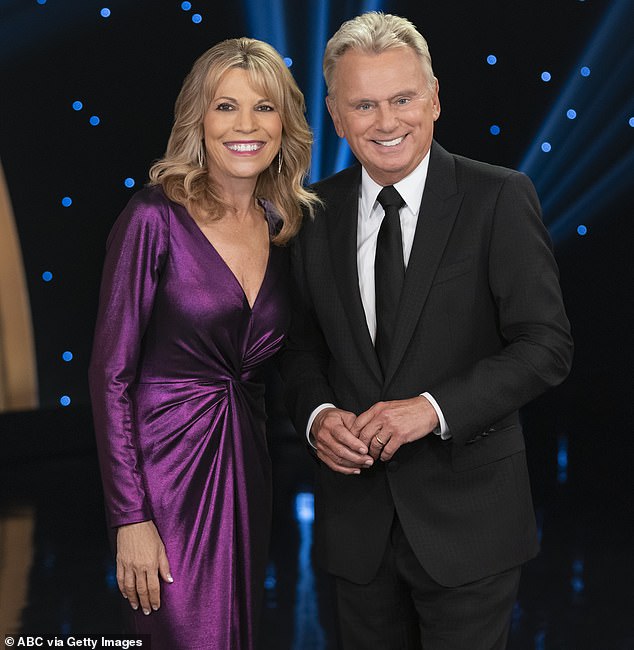 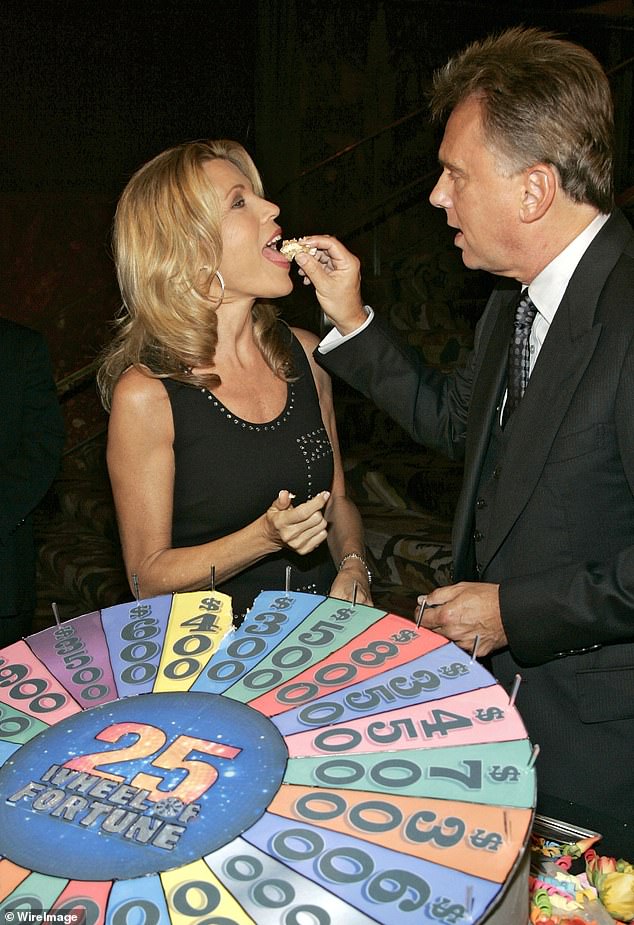 The pair have worked together for 40 years (pictured in 2007)

Here, the audience reacted loudly, with some laughter but many audible groans.

White answered with a firm no, her tone seeming to indicate that it was an impertinent question — but she quickly recovered with a smile and laughed it off.

Some viewers at home were not laughing at all.

‘My wife and I looked at each other and we were like what did we just hear?’ added another.

‘Did Pat Sajak just ask Vanna White if she watches the opera naked?’ asked a third. 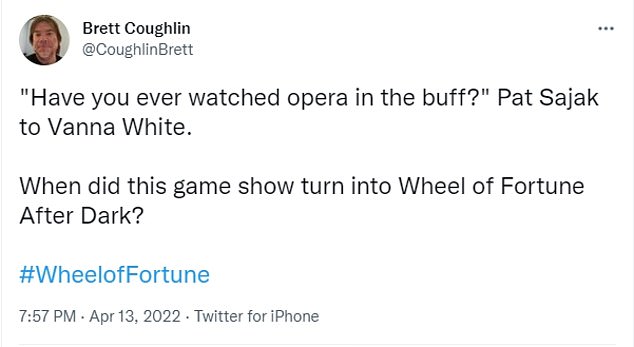 Some Twitter users have called it a #MeToo moment accused Sajak of being ‘gross,’ saying he should retire

‘”Have you ever watched opera in the buff?” Pat Sajak to Vanna White. When did this game show turn into Wheel of Fortune After Dark?’ yet another critic chimed in.

‘Dude is trying to keep the thrill alive for this job any way he can. I’m amazed he hasn’t resorted to torturing contestants during the show,’ said one more.

‘I feel sorry for Vanna for having to stand there and smile through Pat’s “metoo” comments. He thinks he’s funny but, he is totally inappropriate. Children watch this show and see this. He needs to go ASAP,’ tweeted another. 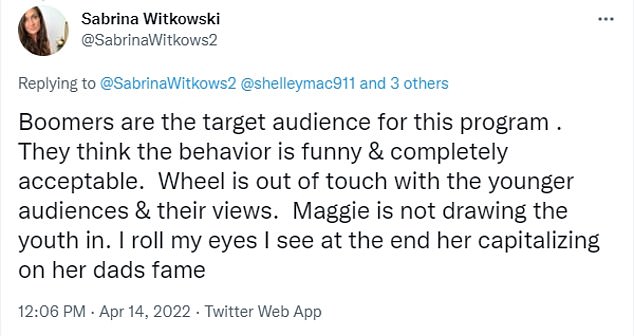 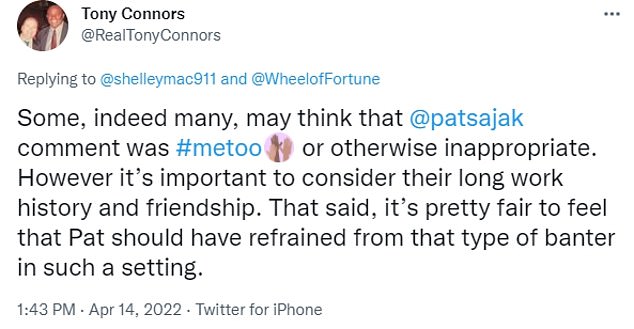 One Twitter user noted that the Wheel of Fortune personalities have a long work history and friendship — but, ‘that said, it’s pretty fair to feel that Pat should have refrained from that type of banter in such a setting.’

‘Boomers are the target audience for this program. They think the behavior is funny & completely acceptable. Wheel is out of touch with the younger audiences & their views,’ one woman asserted.

‘Not very appropriate and cringe? Yes…. Cancelable? No,’ offered another.

Other Twitter users came to Sajak’s defense, insisting it was ‘just a joke’ — but others have pointed out that it’s not much of a joke if people aren’t laughing.

Bindi Irwin shares a sweet tribute to her daughter Grace Warrior as she celebrates...

Commonwealth Bank customer refused $15,000 withdrawal for refusing to say how he would spend...