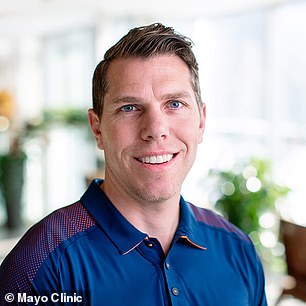 What milk should I drink? Experts say oat and almond milk provide little nutritional value but you should choose your milk based on the vitamins and minerals you lack in the rest of your diet

Milk used to be simple. There was two percent, whole milk, and few other variations of cow’s milk with different fat levels. But in recent years, Americans wanting to buy milk may be overwhelmed with the number of options.

Whether it be almond, goat or even the standard cow’s milk, many Americans expect milk to be a nutritious addition to their coffee or other foods. People with children will often be keen to make sure they are choosing a milk with exceptional nutritional benefits that will help them live a happy, healthy, life.

With many Americans struggling to read nutrition labels, though, and each type of milk making its own claim, it can be hard for an average person to make the right determination in the grocery store.

Nutritionists tell DailyMail.com that Americans have to factor in their own diet, and which vitamins and minerals they are already getting from elsewhere while making their decision.

But they also have a few recommendations about what to avoid. 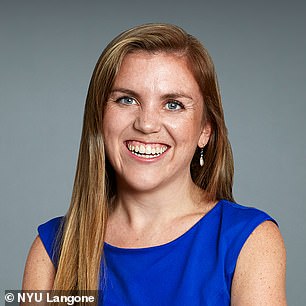 Luke Corey (left), an RD at the Mayo Clinic, said that dairy milk is the standard for nutrition, but everyone should make the decision as to what milk they use based on their own diet. Bridget Murphy Hussain (right), an RD at NYU, said that she recommends drinking at least 1% milk to help with the absorption of vitamins and minerals

Luke Corey, an RD from Rochester Minnesota’s Mayo Clinic, told DailyMail.com that asking what milk to drink is a ‘challenging question to answer.’

He said that the reason a person is using or drinking milk is the key factor.

If it is for nutrition, he recommends the classic dairy milk.

‘Dairy milk is the standard from a nutritional standpoint,’ he said, pointing out the high levels of calcium, potassium, protein and fat in the milk – some of which many people do not get enough of elsewhere in their diet.

‘It’s difficult to rely on an alternative to get [nutrients], you’re getting from other sources.’

But pure nutrition is not the only reason to drink milk. It is frequent ingredient in baked goods and even is mixed into many other drinks.

Oat milk and almond milk have risen to popularity in recent years due their smoother texture, and it has become a favorite for people who like milk in their coffee.

They both have little nutritional value, though, Bridget Murphy Hussain, an RD at NYU Langone Health, told DailyMail.com. 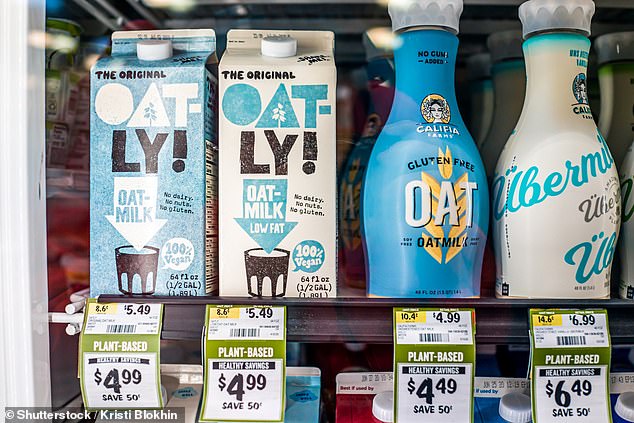 Corey notes that sweetened forms of milk should be avoided because of their high sugar content.

Like Corey, Hussain agrees that a person’s choice of milk should come down to their personal dietary needs, but she recommends one or two percent dairy milk as the standard.

Corey warns that there are dangers of consuming too much of a good thing, though.

‘You do have to mindful that… consuming too much fat, too much carbohydrates can be detrimental. It’s unlikely that you can overconsume those nutrients but that’s entirely possible,’ he said.

For people that do drink milk by itself, they should stick to only around one or two glasses per day.

Both Hussain and Corey say that they primarily use two percent milk in their daily lives, but will use oat milk in coffee and in other foods.

Tom Sandoval and Tom Schwartz tease season 10 of Vanderpump Rules will ‘get back to...