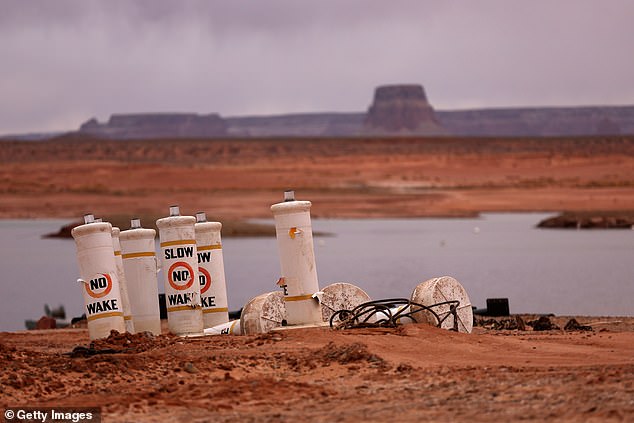 Residents in the Rio Verde Foothills of Scottsdale, Arizona, are going to extreme and uncomfortable measures to procure water as they count the days until the supply runs out.

The city officially stopped transporting water to the unincorporated neighboring area on the first day of the new year.

Scottsdale has blamed the ongoing drought for its decision to shut off tap water for its neighbors. The city says it can no longer afford to sell water to its neighbors and must concentrate instead on conserving water for its own residences.

That critical decision has left between 500 and 700 homes – roughly 1,000 people, many of whom operate businesses and send their children to school within Scottsdale city limits – without a dependable source of water. 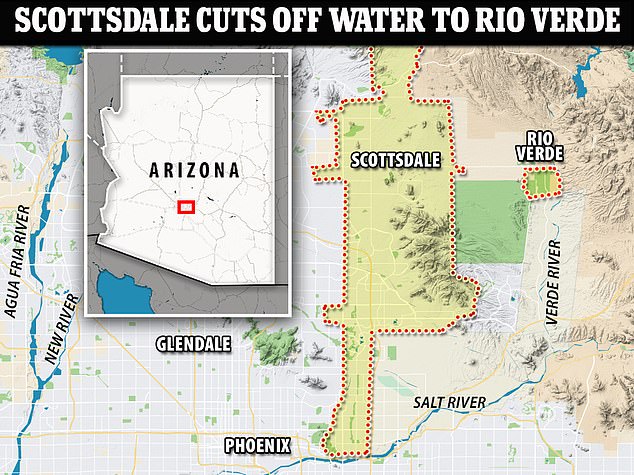 The Rio Verde Foothills is a small, unincorporated area to the west of Scottsdale, Arizona

Residents of the area’s McMansions, stucco homes, and ranches are desperately searching for a solution to the very serious problem.

Water-based financial turmoil has jeopardized the living situations of young families and retirees alike. An average family’s water bill in the area has jumped to $660 from $220 per month. And though water trucks can be filled and refilled for now, it is unclear how long the current backup sources will last.

According to Sarah porter, the director of the Kyl Center for Water Policy at Arizona State University, what is happening in Rio Verde right now should act as a cautionary tale for other unincorporated areas that rely on water from the Colorado River, which supplies about 35 percent of Arizona’s water.

‘We can’t just protect every single person who buys a parcel and build a home. There isn’t enough money or water,’ she told the New York Times.

She added that several other unincorporated areas in Arizona rely on water from nearby larger cities including Prescott and Flagstaff and that those systems too are tenuous, given the ongoing reality of the drought.

Even the current storming in California will not save the area, which is experiencing the profound impact of a 20-year drought that has all but emptied Lake Mead, the largest reservoir in the US.

Before the cutoff, houses that did not have their own wells would have water delivered every few weeks by truck.

The trucks filled up with water from Scottsdale at a pipe about 15 minutes away from the Rio Verde Foothills and then deliver the water directly to residents’ doors. Buried beneath their front yards, families have 5,000-gallon storage tanks, which is enough water to last an average family a month.

When tanks ran low, residents called the water haulers for a refill.

The arrangement was never more solid than that, but home occupants told the Times the water always arrived on time and that they had come to believe the system was reliable.

Now those water trucks have to search elsewhere for the refills.

Trucks hauling 5,000 gallons of water to individual residences in the Rio Verde Foothills now must go elsewhere to find water for costumers, increasing the time and cost of the process 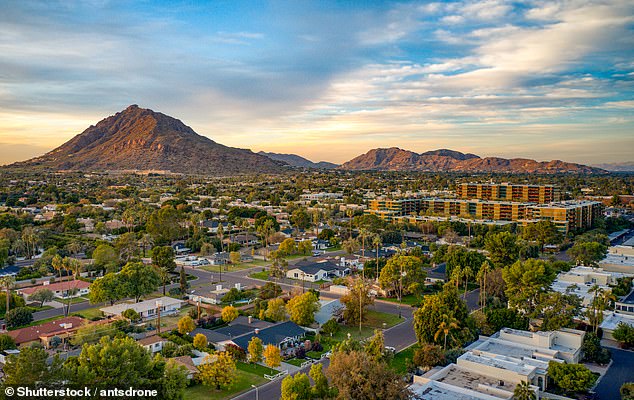 Pictured: downtown Scottsdale, Arizona. The reality of the ongoing drought will force many living in the southwest United States to reevaluate their lifestyles and access to resources 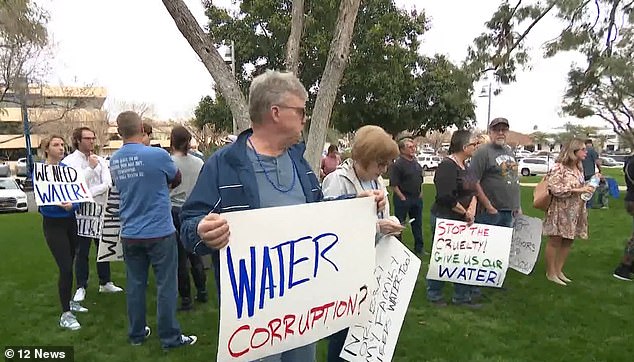 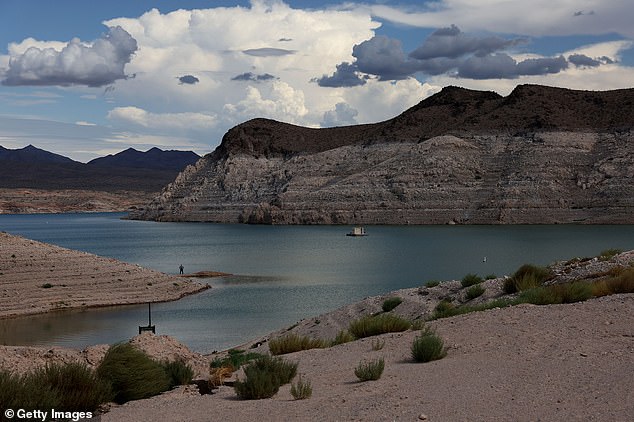 Lake Mead has been drying up for two-decades and there is, according to Scottsdale, no longer enough water readily available for them to sell to surrounding areas 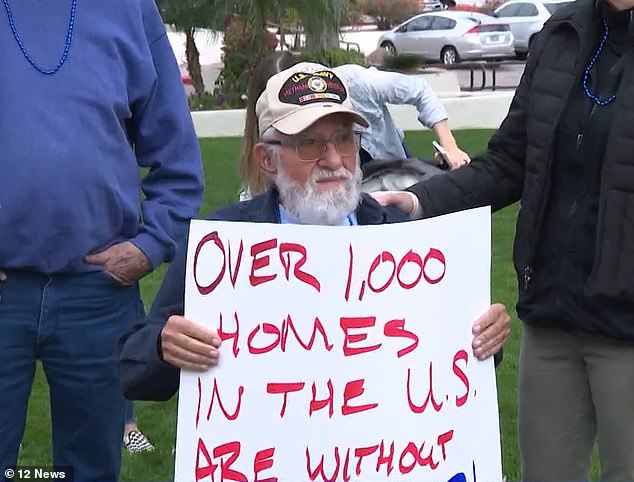 Last week, a group of Rio Verde Foothills residents sued Scottsdale in an effort to get their water restored. They are arguing that the city is violating Arizona law by cutting off utility services to customers beyond their borders.

Scottsdale did not respond to the suit.

Protestors with signs gathered in front of Scottsdale City Hall as Mayor David Ortega welcomed new and returning councilmembers to the chamber.

Rio Verde residents grouped together told local outlets that they are on the brink of running dry.

‘We have about five to seven days of water left,’ Wendy Walk told News 12.

‘It’s dire,’ said Cody Reim, who says his monthly water bill will now skyrocket to about $1,000 a month. ‘We need water now, we can’t wait a week, and we can’t wait a day. This shouldn’t have happened; we shouldn’t be ten days without water.’

Reim, a father of four young children, organized the protest. He said sitting around and waiting was an impossibility for him.

‘My community is beautiful; it’s the most special place in Arizona. And if it doesn’t have water, almost a thousand homes, it’s going to die. I just hope our neighbors in Scottsdale see this and want to help,’ he said.

‘I believe this is a righteous cause,’ he said.

Will Young recalls agony over twin brother Rupert’s suicide after being unable to ‘save...

Nicki Aycox – an actress who starred on Supernatural, Dark Blue and more –...

Powerball jackpot rises to $1.9b – the highest in global history