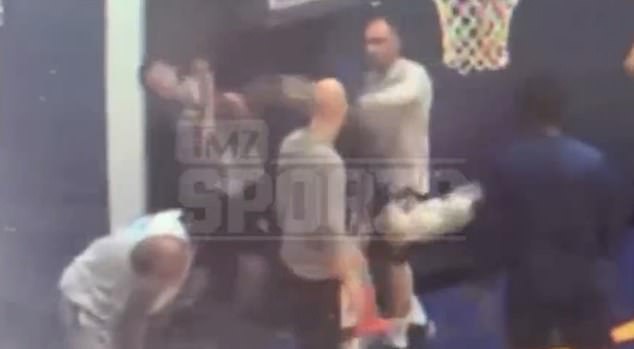 Draymond Green has announced his decision to ‘step away’ from the Golden State Warriors for the coming days, at a hastily-arranged press conference in which he apologized for sucker-punching teammate Jordan Poole at a practice session.

It is unclear when Green will be back with the team despite the Warriors’ defense of their NBA title beginning at home to LeBron James and the Los Angeles Lakers on October 18 – just 10 days from now.

The video of Green’s punch was leaked Friday, with reports claiming that the Warriors are ‘pursuing every legal course of action’ to discover how the shocking footage got out.

In the wake of the clip being made public, Green decided to speak to the media – calling the leak ‘bulls***’ – while also apologizing to his teammate once more.

The clip shows Draymond Green exchanging words with Jordan Poole along the baseline, before bumping chests with the smaller guard, who attempts to gently push the veteran forward out of the way. He then retaliates with a brutal sucker-punch to floor his teammate

The short clip, which was initially sent to TMZ, showed an altercation between Green and his teammate Poole, with Green initially trying to square up Poole.

In response, Poole pushes Green away, before the latter then connects with a brutal sucker punch, which leaves Poole on the ground as staff and players wade in to calm the situation. 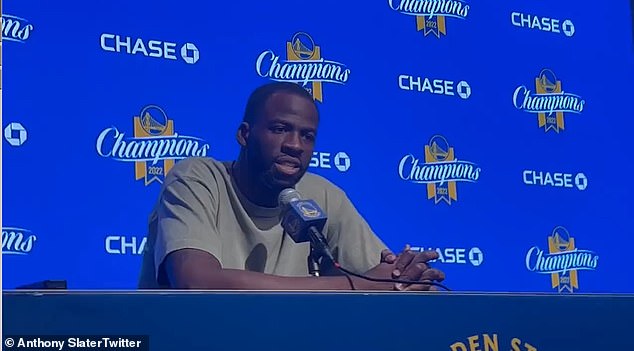 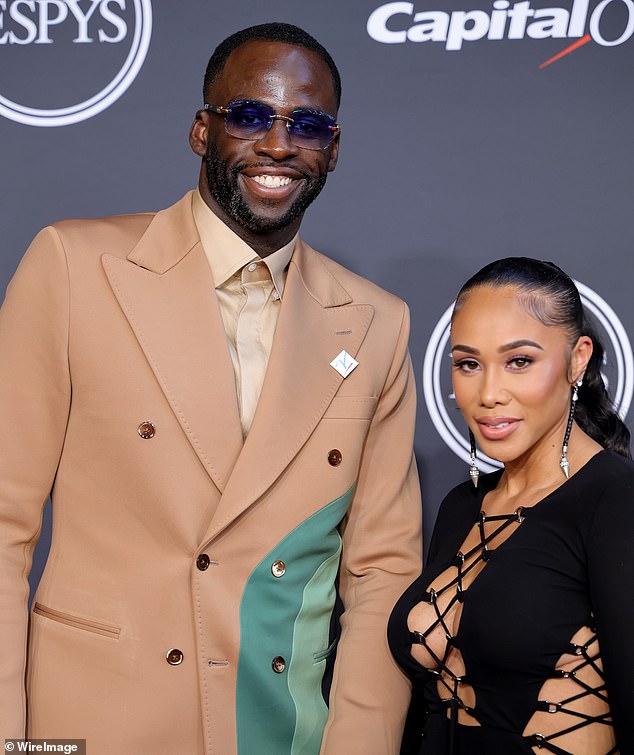 Players and coaches have had run-ins with Green, who is pictured with his wife Hazel Renee

‘What did I think of myself in the moment? I watched the video 15 times, maybe more. Because when I watch the video, I’m looking at the video, I’m like “yo, this looks awful! This looks even worse than I thought it was. It’s pathetic!”

‘Then I had to take a step a back too, and realize this video was actually released this way, to look that way. 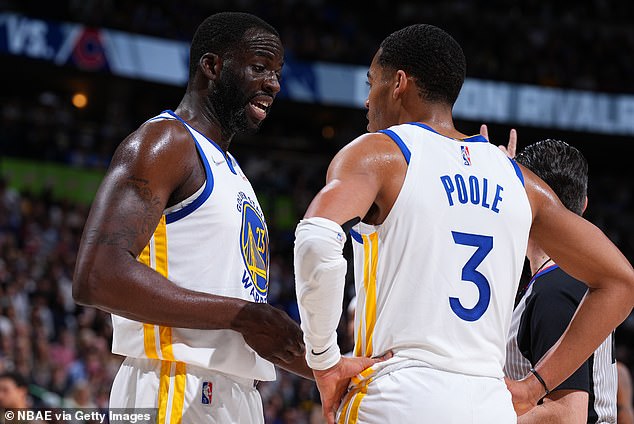 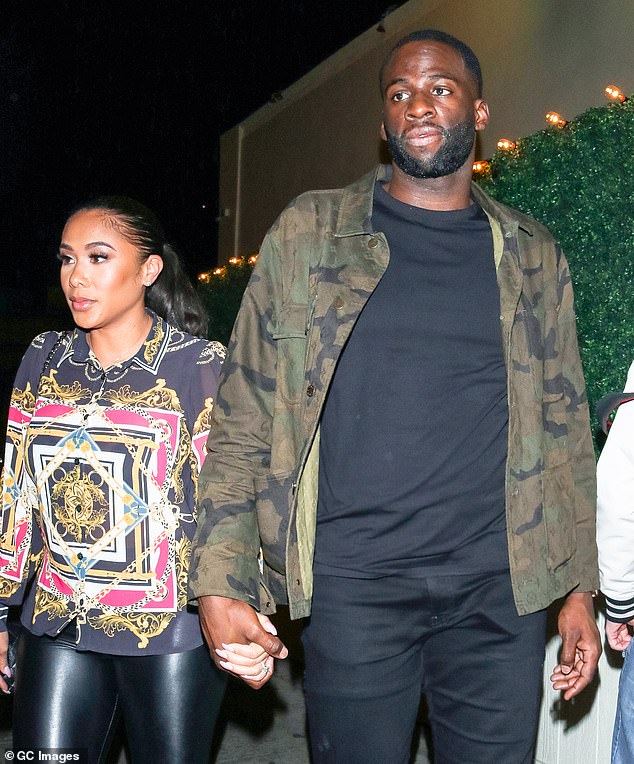 ‘The video serves the purpose that it was supposed to serve and it had me in the same mindset of like “wow! this is terrible! This is awful!” And by the way, it is terrible, and it is awful. Like just because of the way the video is cut up and it’s not released with audio and all those things — what I did was wrong.’

Both Green and Poole are eligible for lucrative contract extensions from the cash-strapped Warriors, who are trying to reduce an already skyrocketing luxury tax bill. Last season, en route to their fourth title in the last eight seasons, the Warriors racked up an NBA-record $170.3 million in luxury taxes on top of their league-high $184 million roster payroll.

In theory, Green and Poole are competing for whatever money the team is willing to spend going forward.

Various internet reports have claimed that Poole’s ego has grown as he’s approached a new contract extension, perhaps contributing to the friction with Green, but head coach Steve Kerr seemed to dismiss that on Thursday.

‘The only thing I will say is Jordan [Poole’s attitude] has been fantastic throughout camp,’ Kerr told reporters. 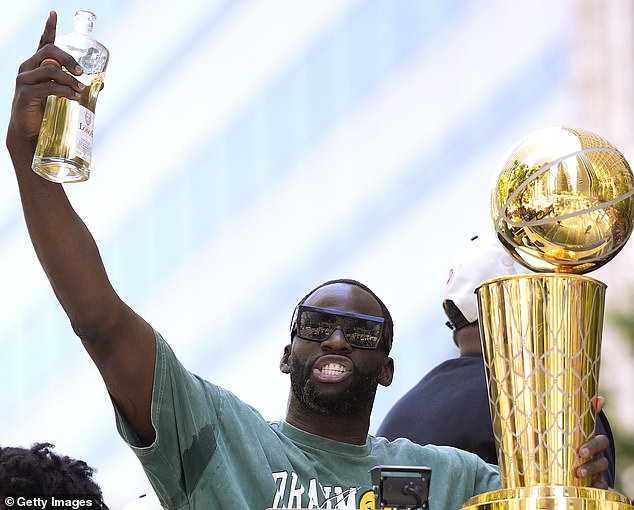 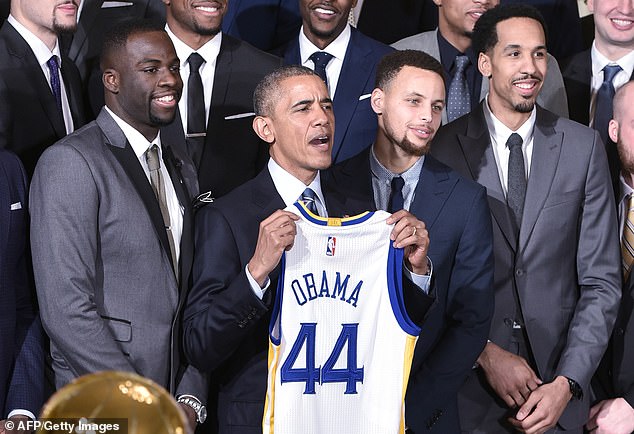 General manager Bob Myers has said the incident has not impacted negotiations with Poole.

Now in his 10th season, Green has four NBA titles coming off last June’s Finals victory over Boston. The problem is he has occasionally bumped heads with teammates, such as an infamous on-court spat with Kevin Durant in 2017, and even Kerr has been caught complaining about the former Defensive Player of the Year.

Given the chance to clarify what he had said, Kerr downplayed the incident with a joke.

‘No, the lip-readers were wrong,’ he told reporters. ‘What I said was, ”I beg to differ with Draymond’s approach tonight.” Those were my exact words. I don’t know how somebody misconstrued that.’ 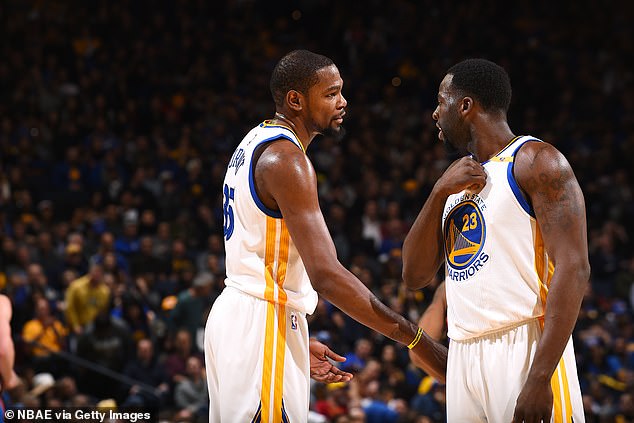 Kerr did admit that he and Green had a private conversation about the matter afterwards.

Green certainly has a reputation as a puncher, and has been caught swinging at opponents’ genitals on several occasions, including once in the 2016 NBA Finals when he punched LeBron James’ groin. Green was ultimately suspended for the following game.

On Thursday, Myers defended Green by saying that he has made amends in the past whenever he’s crossed a boundary.

‘He will tell you he has been over that line but he always comes back,’ Myers said. ‘Nobody is saying they don’t want him around … but [Wednesday] was not a good moment…I don’t think he likes putting himself in these spots. He is in one, but I think he’ll find a way to earn the respect of his teammates and Jordan back.’

Devon Windsor puts her washboard abs on full display in a skimpy bikini in...

Emily Atack gives a glimpse at her underwear in floral sheer dress after jetting...