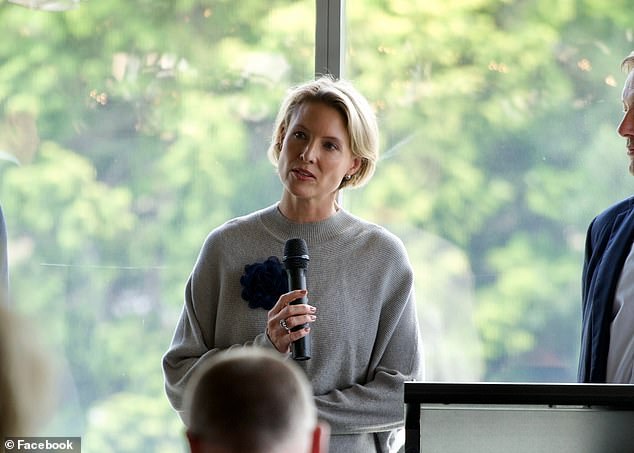 Liberal candidate Katherine Deves has been told she ‘deserves to die at the hands of the first all-trans sports team’ by ruthless trolls after her controversial views on transgender women.

Ms Deves was hand-picked by Prime Minister Scott Morrison to run in the key northern Sydney seat of Warringah, but her position has been attacked by the party’s left because of her campaign to ban transgender athletes from women’s sport.

The mother-of-three believes that athletes who are born male have biological advantages and should not be allowed to compete against biological women.

In a series of now-deleted tweets from April last year, Ms Deves also described transgender kids as ‘surgically mutilated and sterilised’, and compared the Protect Women’s Sport movement she co-founded to standing up against the Holocaust.

She also claimed that half the men who transition are sex offenders.

Ms Deves later apologised for her use of language in the tweets and said she has  received a barrage of death threats from extremists online – some of which can now be revealed by Daily Mail Australia.

One vile troll said: ‘You deserve to die at the hands of the first all-trans sports team you ignorant c**t.’

Another wrote: ‘Why would anyone vote for a disgusting c**t like you, [sic] youre a Karen. you b**ch. no vote for you.’

Earlier this week, a Twitter user tagged Ms Deves on and wrote: ‘Ask your doctor if dying in fire is right for you.’

When someone stood up for the Liberal candidate, the user added: ‘I have no qualms helping to set bigots on fire… it is akin to killing vermin.’

A NSW Police spokesman said Ms Deves has not made a formal complaint about any threats she has received. 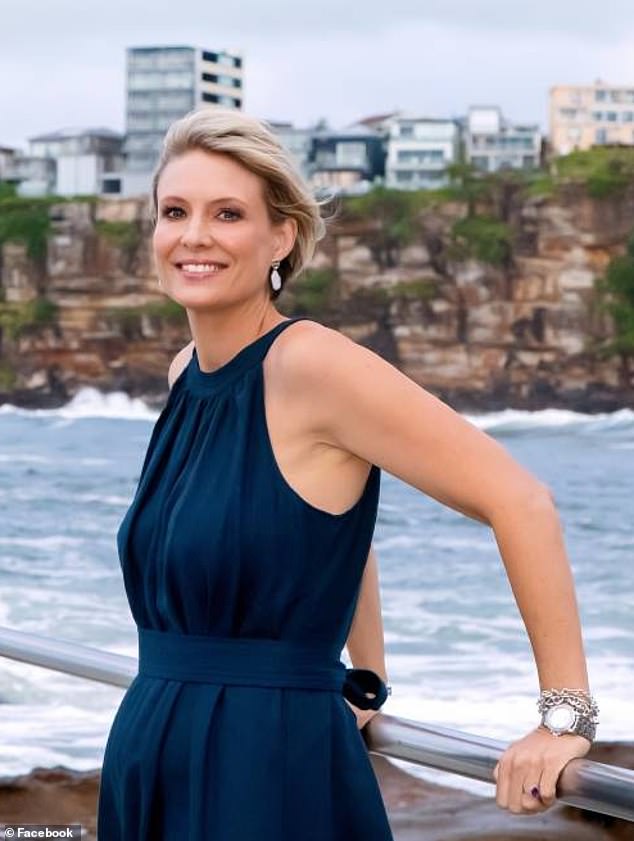 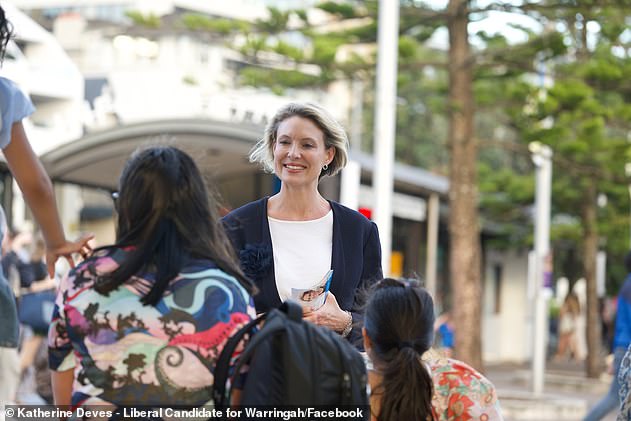 Ms Deves told supporters in an email on Monday night that she had been ‘bullied in the most vile way’.

One Twitter user said bullying and death threats are ‘not warranted’, but told Ms Deves that it might give her ‘an idea of what transgenders go through’.

‘Katherine Deves claims she is being bullied. Seriously. Your comments about marginalised LGBTIQ+ are way beyond bullying,’ someone else wrote.

‘Your being held to account for your heinous comments, is not bullying. You are not a representative of my community in Warringah.’

While many slammed the Liberal candidate as a ‘bigot’, most managed to disagree with her without threatening her personal safety.

One person said: ‘Breaking: It’s not bullying if you’re a bigot attacking a minority group. You’re just a bad person,’ one person claimed. 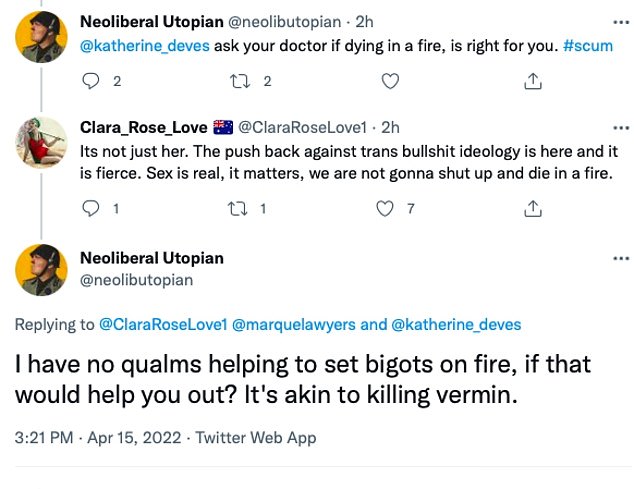 Another wrote: ‘The evil of the Katherine Deves issue – so intentional and wicked.’

Ms Deves said in a statement over the weekend: ‘In my dedication to fighting for the rights of women and girls, my language has on occasion been unacceptable. It has hurt people and detracted from my arguments.’

Despite the apology, she doubled-down on her belief that transgender women should not compete in women’s sports.

Her views were slammed by her main political rival and current MP in the seat, Zali Steggall, a former Olympic bronze medallist and Austalia’s best-ever alpine skier.

On Sunday Ms Steggall was asked if she would have raced against transgender competitors during her ski event in Japan in 1998. 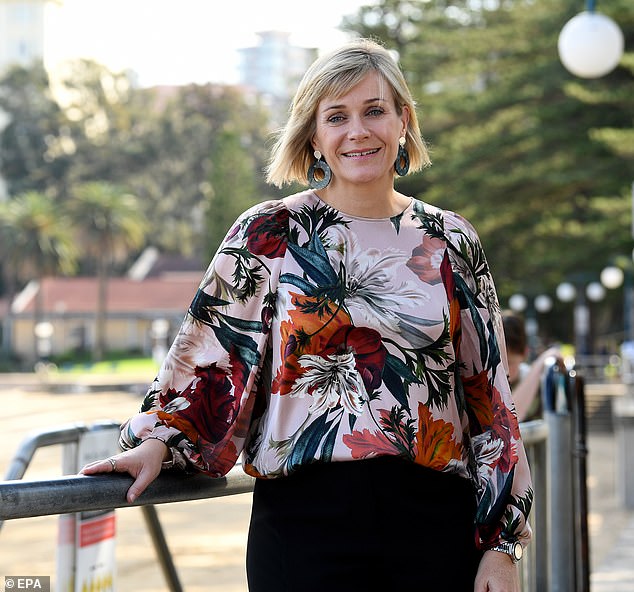 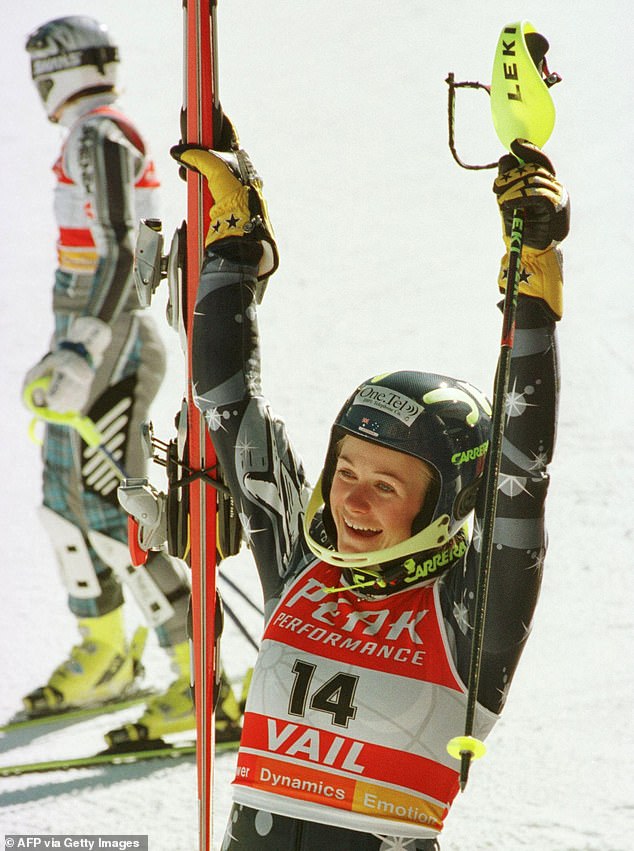 Pictured: Zali Steggall during the Women’s Slalom event at the 1999 World Alpine Ski Championships in Vail, Colorado. She would not comment when asked whether she would have competed against transgender athletes

The Independent MP brushed aside the question saying there were ‘bigger issues’ to focus on, including harassment and equal pay and media coverage.

‘I feel there’s a lot of lying going on about the actual status quo, we already have a law. The Sex Discrimination Act already deals with the situation, this is just not an issue,’ Ms Steggall said.

‘And saying that parents will be concerned is just repeating a transphobia line,’ she added – which 2BG host Ben Fordham slammed as a ‘disgraceful slur’.

Fordham told listeners on Tuesday: ‘Parents asking questions about fairness are transphobic according to Zali Steggall.’

‘Zali ignores the uneven playing field when it comes to transgender athletes. When you have someone born a man competing against women you have an unfair advantage.’

The radio host went on to say that prominent transwoman Caitlyn Jenner has gone on the record to say that women and girls in sport ‘should be protected from having to compete against biological men’. 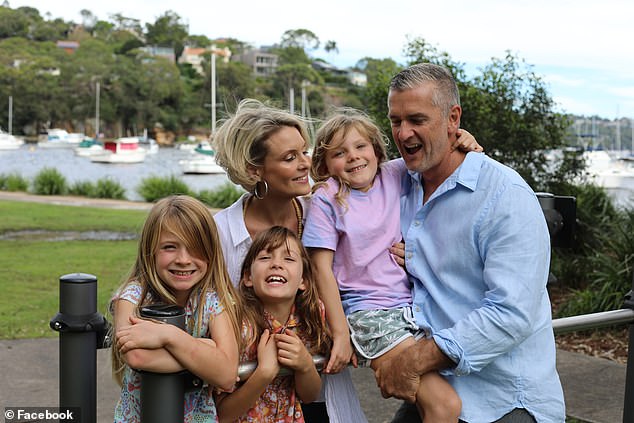 Katherine Deves (pictured with her family) has vowed she’s ‘not going anywhere’, despite growing calls within the Liberal party for her to be disendorsed 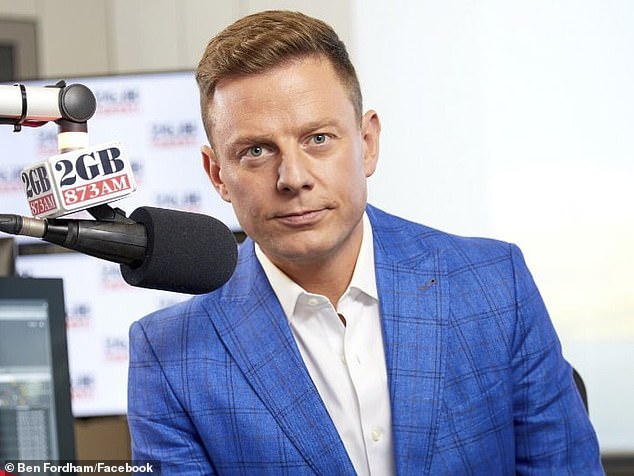 ‘So is Caitlyn Jenner, the most high-profile figure on planet earth, transphobic? Apparently, according to Zali.’

‘Zali Steggall is off with the fairies and she refuses to say if she would have been happy competing against male-born athletes when she was an Olympic skier.’

Other parliamentarians distanced themselves from Ms Deves following the uproar, including NSW Liberal Treasurer Matt Kean who said she is ‘not fit for office’.

‘We live in a cosmopolitan, multicultural society where people are free to be themselves and that’s a fundamental tenant of liberalism.’ 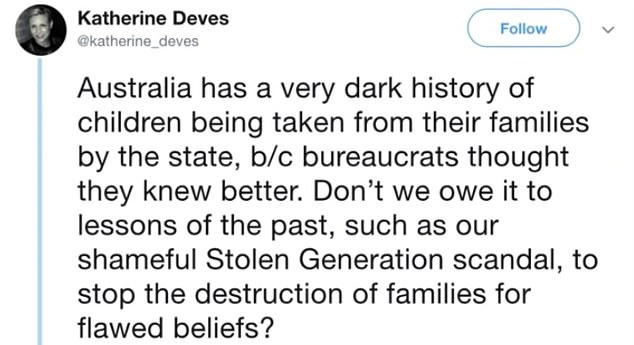 In September 2021, Ms Deves criticised a decision by a Western Australia court to dismiss an appeal by parents whose transgender child was put into foster care 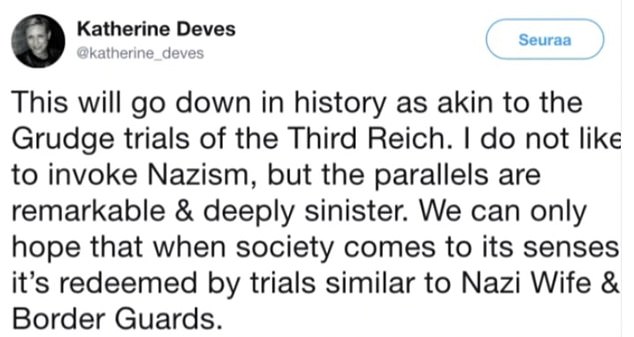 In April 2021, Ms Deves tweeted about an overseas trial where a Canadian father was taken to court for not supporting his teenager transitioning 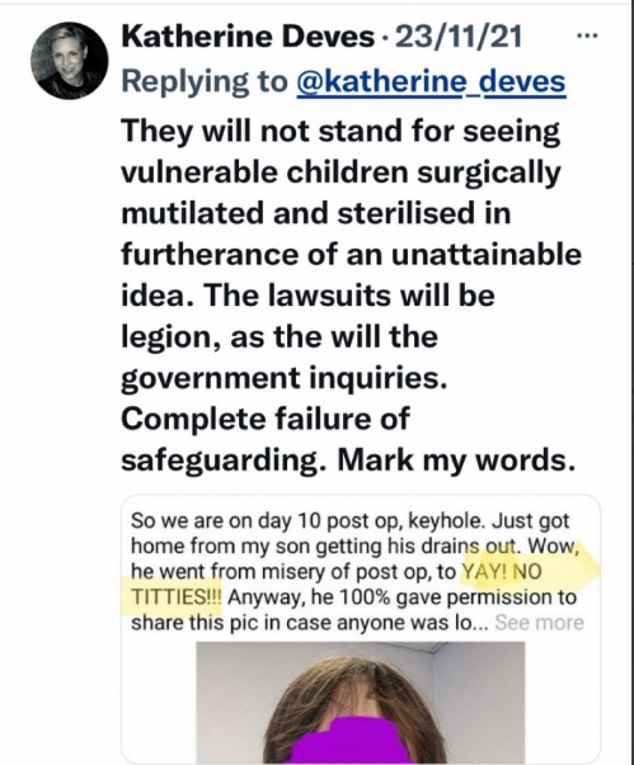 This is the tweet in which Ms Deves made her controversial comments about transgender teenagers. She shared a picture of a trans American teenager who had just had breasts removed and wrote: ‘This photo just hit my feed. It is beyond heartbreaking.’

NSW Liberal President Chris Stone has also reportedly been urged to ask Ms Deves to step down amid fears her controversial comments will haunt the campaign.

‘It is apparent to me and others in the Party I speak with that, unfortunately, Katherine Deves needs to be replaced as the candidate for Warringah,’ Neutral Bay branch president Simon Moore wrote in an email to Mr Stone.

‘Her numerous statements about transgender people are offensive and can’t be condoned.

‘They are not in line with broader community sentiment, particularly in Warringah. Whilst she has apologised for these statements, they are so recent and numerous that they will continue to haunt the campaign, not just in Warringah but elsewhere.’

In his strongest comments the issue yet, Mr Morrison on Tuesday said Ms Deves would be a ‘great member of Parliament’ and doubled down on his support for the embattled MP. 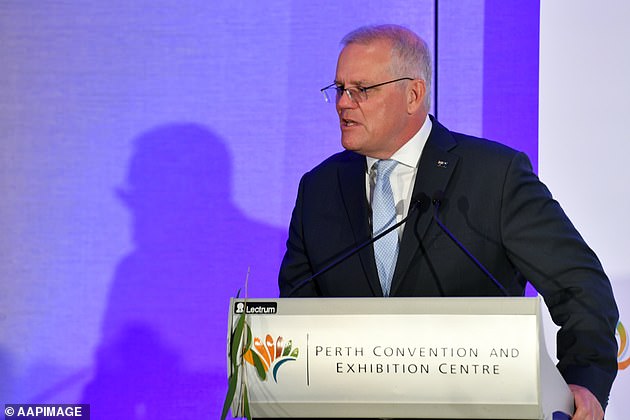 ‘I’m not going to allow her to be pushed aside as the pile on comes in to try and silence her.

‘I will stand up with her, my team is standing up with her, and we will make sure that she won’t be silenced.’

‘She is standing up for women and girls and their access to fair sport in this country,’ Mr Morrison said.

‘I believe that is how she will approach the task if she is elected as the member for Warringah, and I don’t think she should be silenced.’

James Corden FINALLY admits he was ‘ungracious’ to Balthazar waiter