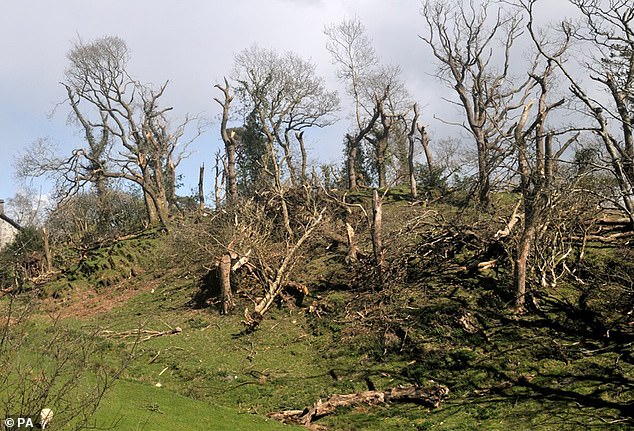 Wales is hit by a TORNADO: Experts confirm extreme weather incident as 114mph winds cause £100,000 damage uprooting trees and hurling sheep into the air

By Gemma Parry For Mailonline

Experts have confirmed that winds that caused at least £100,000 of damage on a farm in north Wales were caused by a tornado.

The T3 tornado struck Gogarth Hall Farm in Pennal on Wednesday, uprooting trees and throwing a ewe and lambs into the air.

The Tornado and Storm Research Organisation have investigated the site and confirmed the extreme weather event was caused by a tornado touching down.

Investigator John Mason said objects had been spun in the air before falling to the ground. 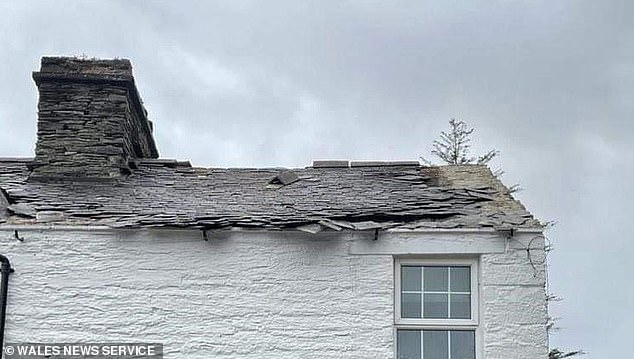 Deilwen Breese, owner of Gogarth Hall Farm said the damage to the roof will cost £100,000

‘The tornado was confirmed as there was plenty of evidence of objects being airborne and spinning around the circulation before falling to the ground,’ he said.

Tornados are categorised by the TORRO tornado intensity scale, also known as the T-Scale in the United Kingdom and measure intensity between 0 and 11.

A T3 tornado is estimated to have wind speeds between 93 – 114mph and are categorised as having the potential to cause strong damage which can including overturning mobile homes and destroying light caravans, garages and weak outbuildings.

House roof timbers could also be left considerably exposed by the winds and some larger trees could be snapped or even uprooted, as was the case on Gogarth Hall Farm.

Deilwen Breese, owner of Gogarth Hall Farm, was away from the property when she received a phone call telling her to come home. It was only when she returned that she realised the full scale of the damage.

‘I thought it was just that part of the roof had gone,’ she said. ‘But oh my god, when I came home I could not believe it.’

‘The devastation, it was heartbreaking. I am still in shock, really.’

‘Trees had been lifted from their roots. If they hadn’t been lifted they had just been tarnished. We have lost hundreds of trees.’ 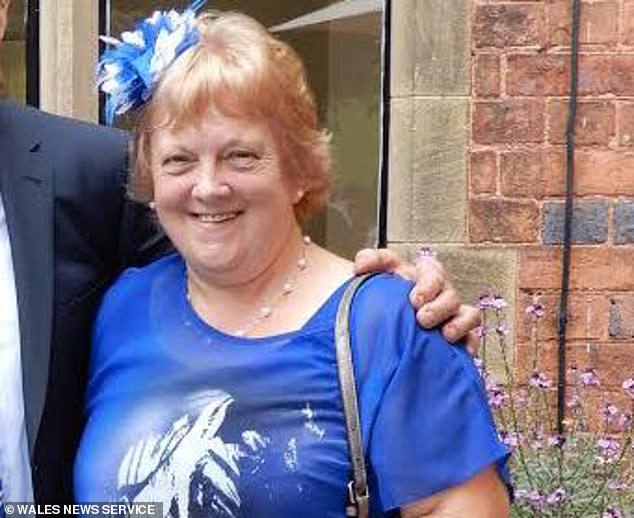 Deilwen Breese, owner of Gogarth Hall Farm has said the farm will ‘never get back to what it was’

The winds were so strong that a ewe and its lambs were lifted into the air.

‘It took a ewe out through the bay of a shed, and it picked up the little lambs.’ The lambs were fine but she said the ewe was ‘gone’.

A group of 12 local volunteers have been supporting her in helping to clear up the devastation, but she says the farm will never be the same.

‘It’s going to take months, it will never get back, not in my lifetime,’ she said. ‘It will never come back to what it was.’