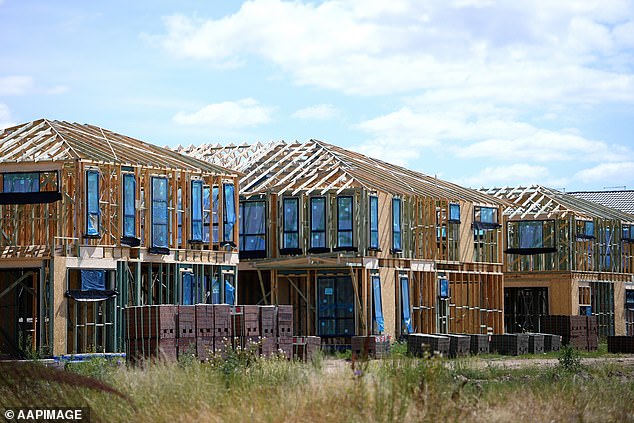 WA Housing Group, which started in 2019 and reportedly owes around $1million to creditors, with 13 unfinished projects, went into liquidation on December 7.

IDWA which had agreements with the Department of Housing and Communities (DHC), has also gone under.

It attempted to renegotiate a contract with the DHC, but an agreement on a new price could not be reached.

Mathieu Tribut of liquidator GTS Advisory, told The West Australian that both companies foundered as construction costs went up on what were fixed-term contracts.

‘The reason (WA Housing Group) ceased trading is because they were, in my view, trading whilst insolvent and they were incurring losses every month so they had no choice but to close down the door,’ Mr Tribut said.

‘They took a bank loan, everyone lost, even themselves.’

Emilia Clarke is chic in Chanel at the premiere of her new movie The...