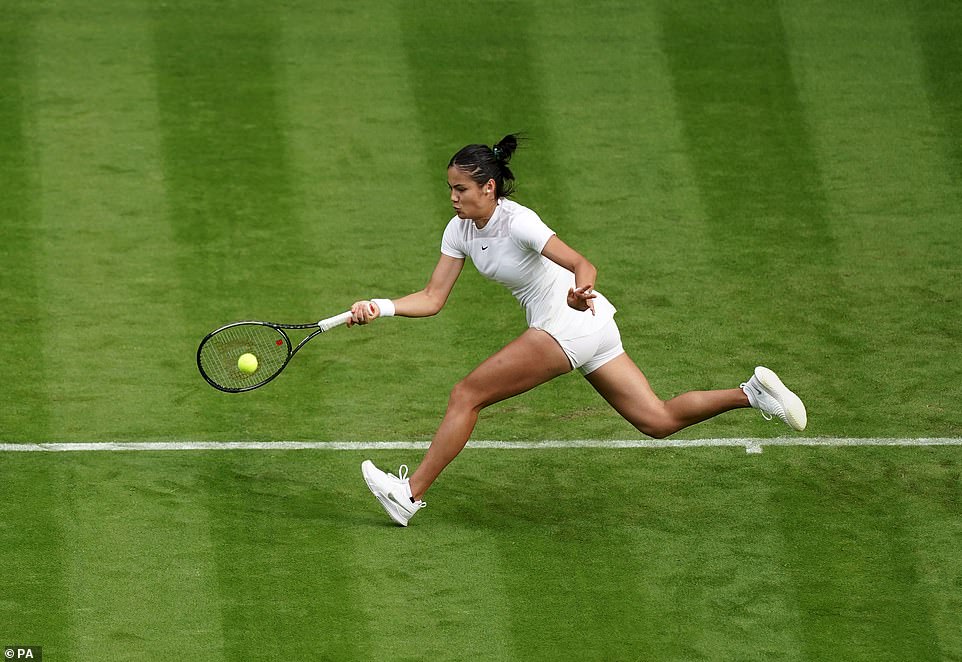 US Open winner Emma Raducanu won her first game on Wimbledon’s largest stage this afternoon as she made her Centre Court debut in a First Round victory against Belgian Alison Van Uytvanck in straight sets.

Raducanu won 6-4 6-4 to send the Centre Court crowd into raptures as she made her big comeback after a string of injury scare.

The match against the Belgian was hard-fought for rising star Raducanu as she was forced to break her opponent after being broken in the second set to emerge victorious.

The British No 1 waved at onlookers as she arrived at the All England Club, before sheltering under an umbrella during a downpour.

The young star received a roaring welcome from British tennis fans at Wimbledon as her mother Renee and other supporters cheered her on from court-side.

Raducanu, 19, who was sporting a Rafael Nadal t-shirt, is making her Centre Court debut in a tough opener against Belgian Alison Van Uytvanck. 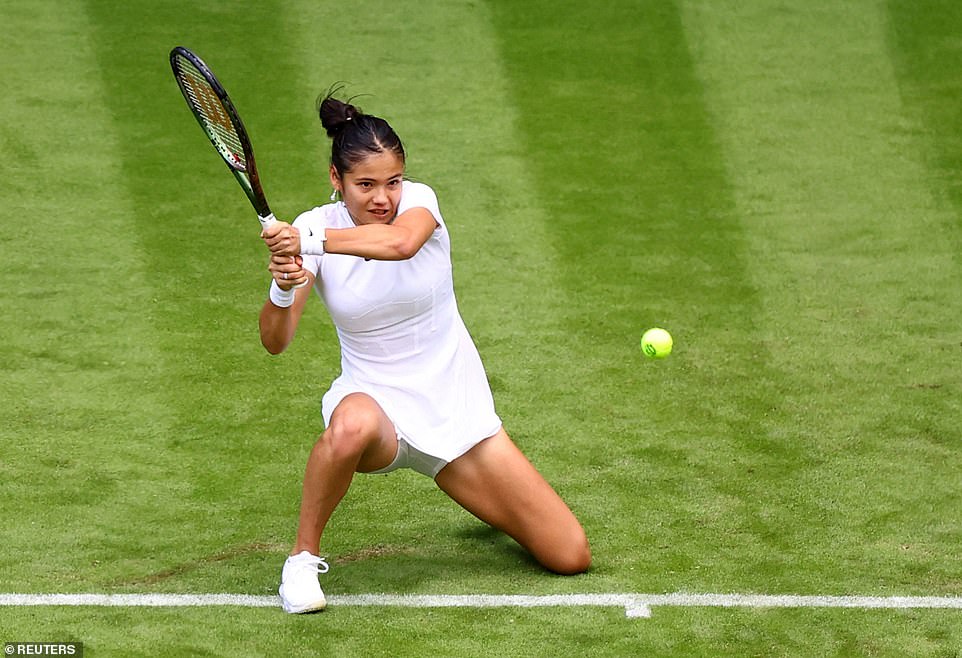 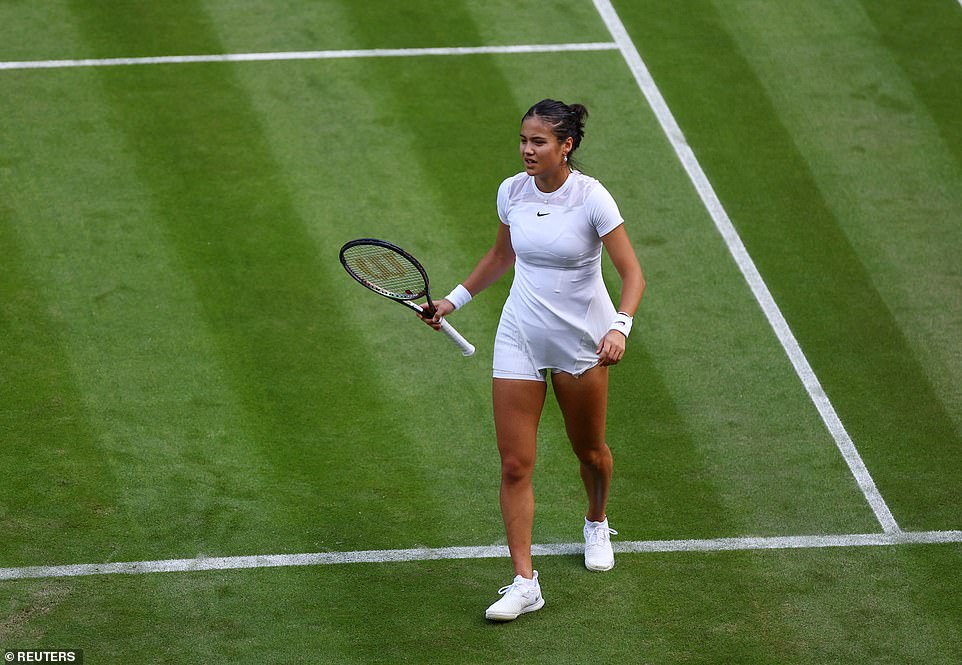 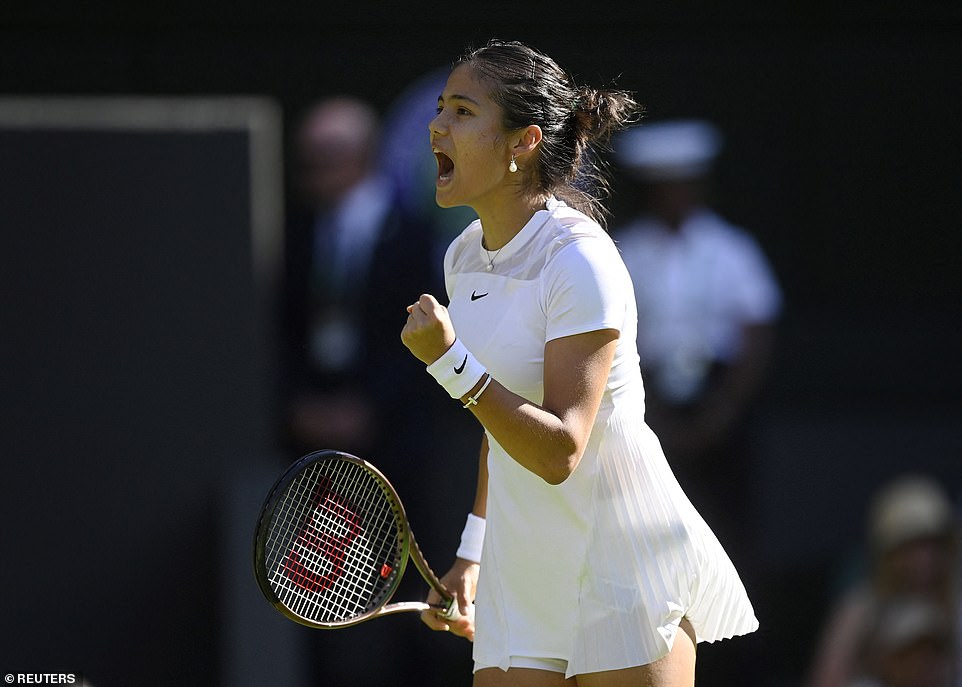 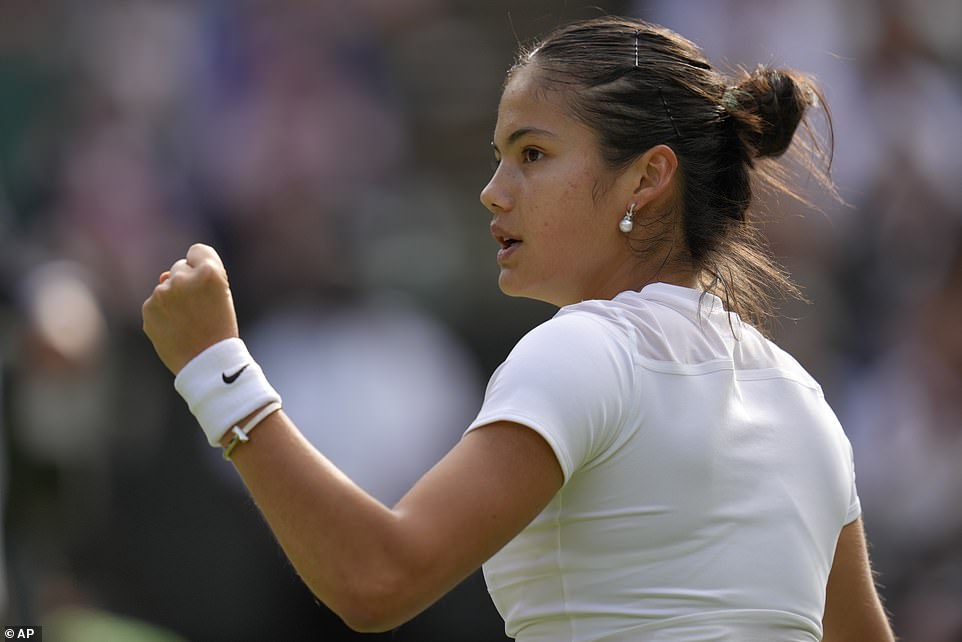 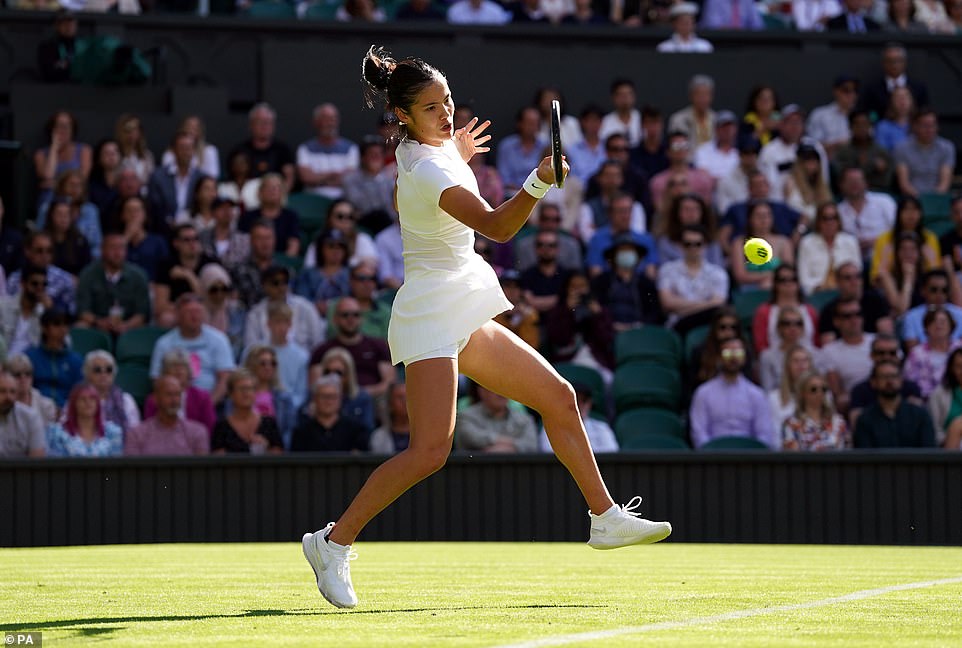 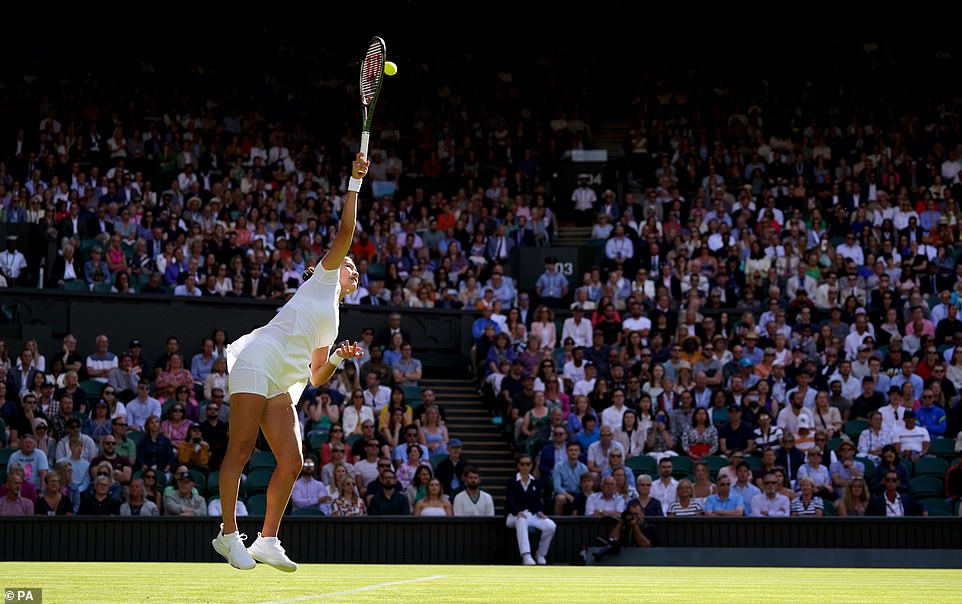 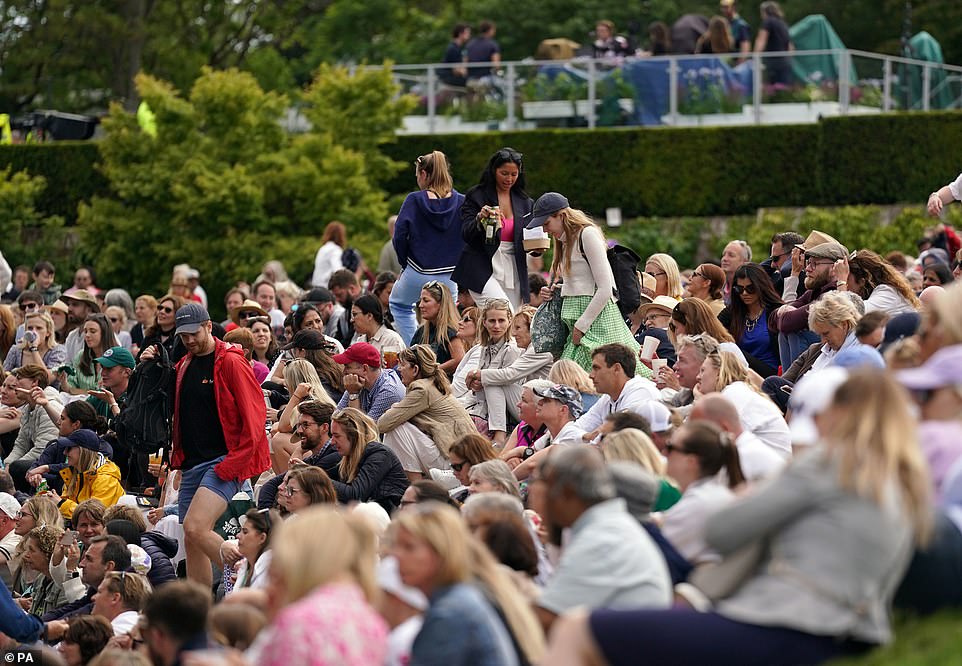 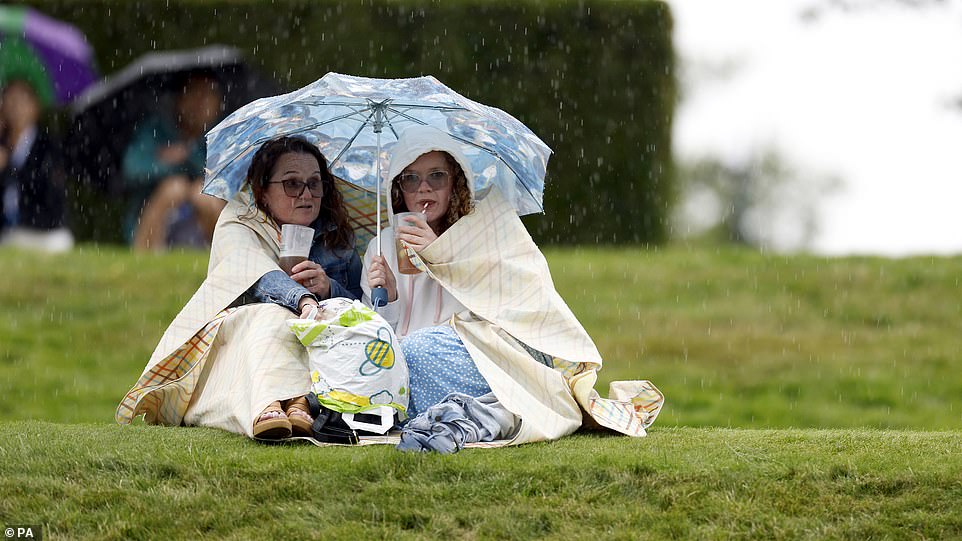 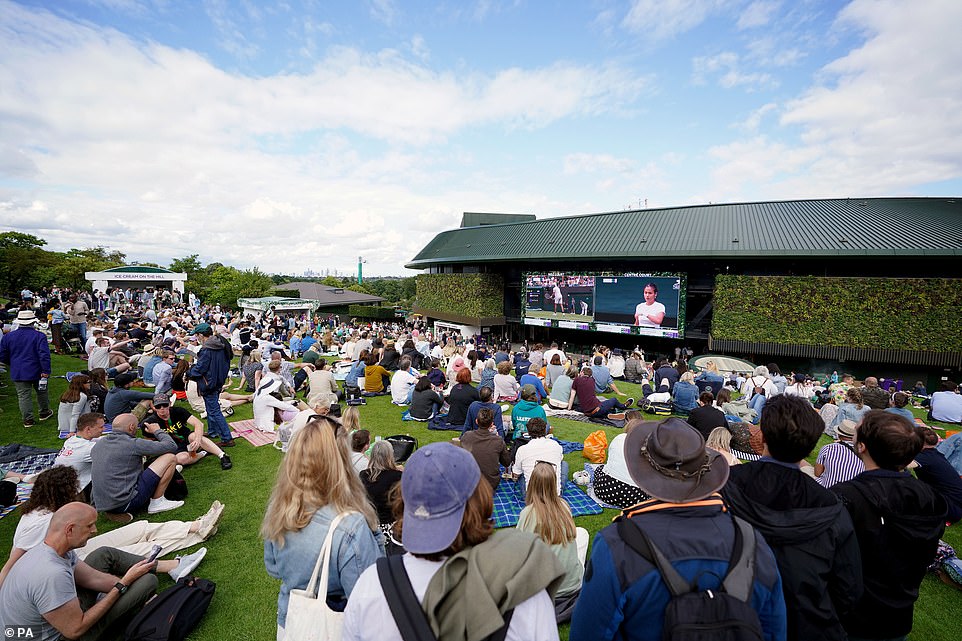 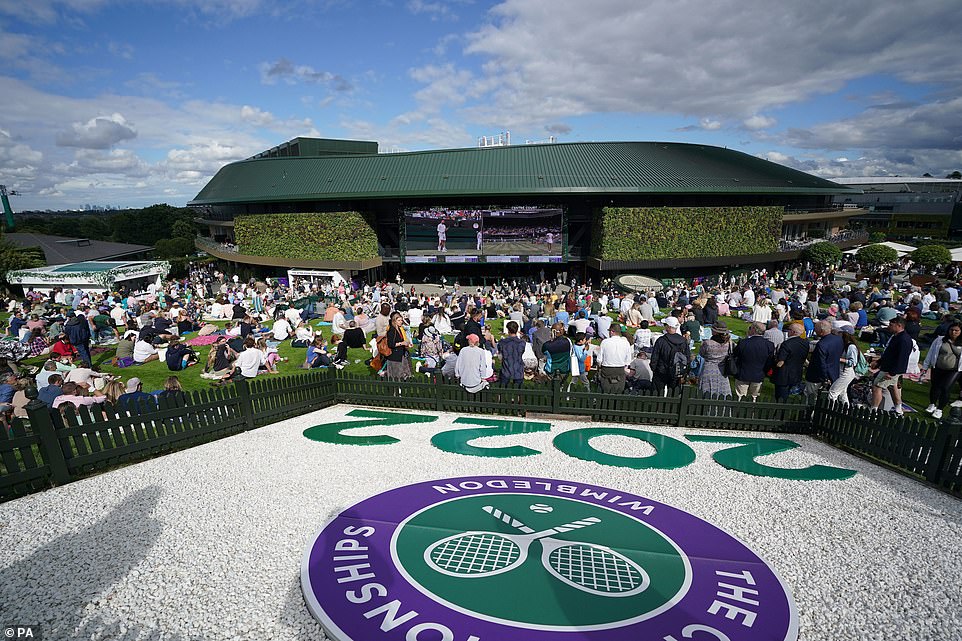 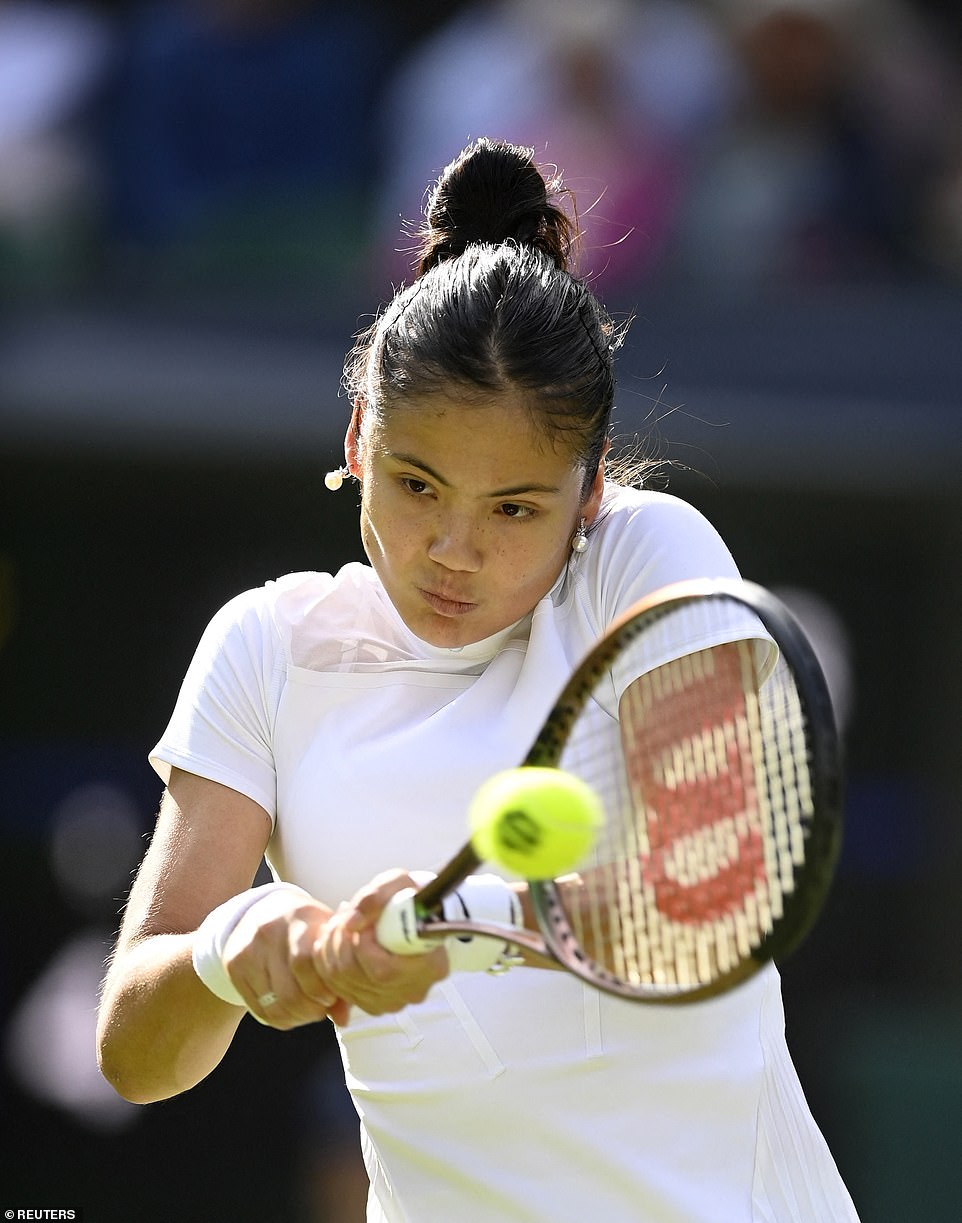 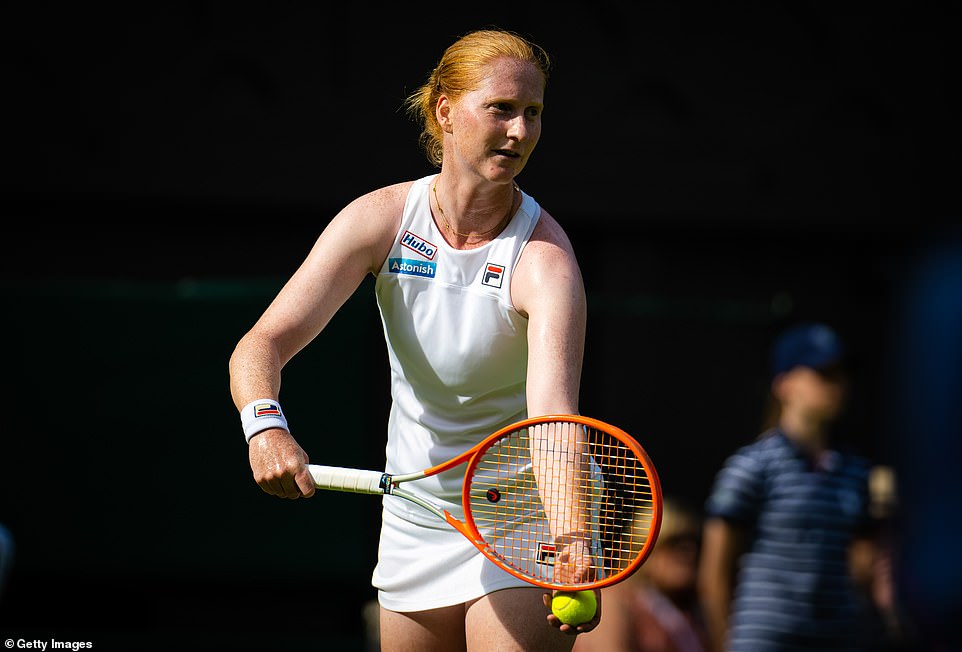 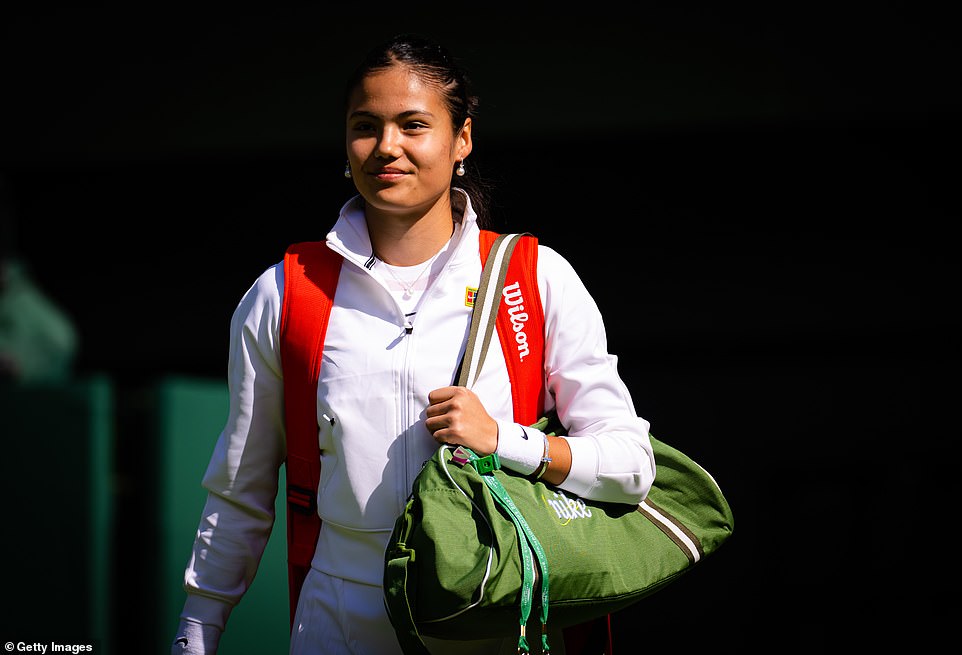 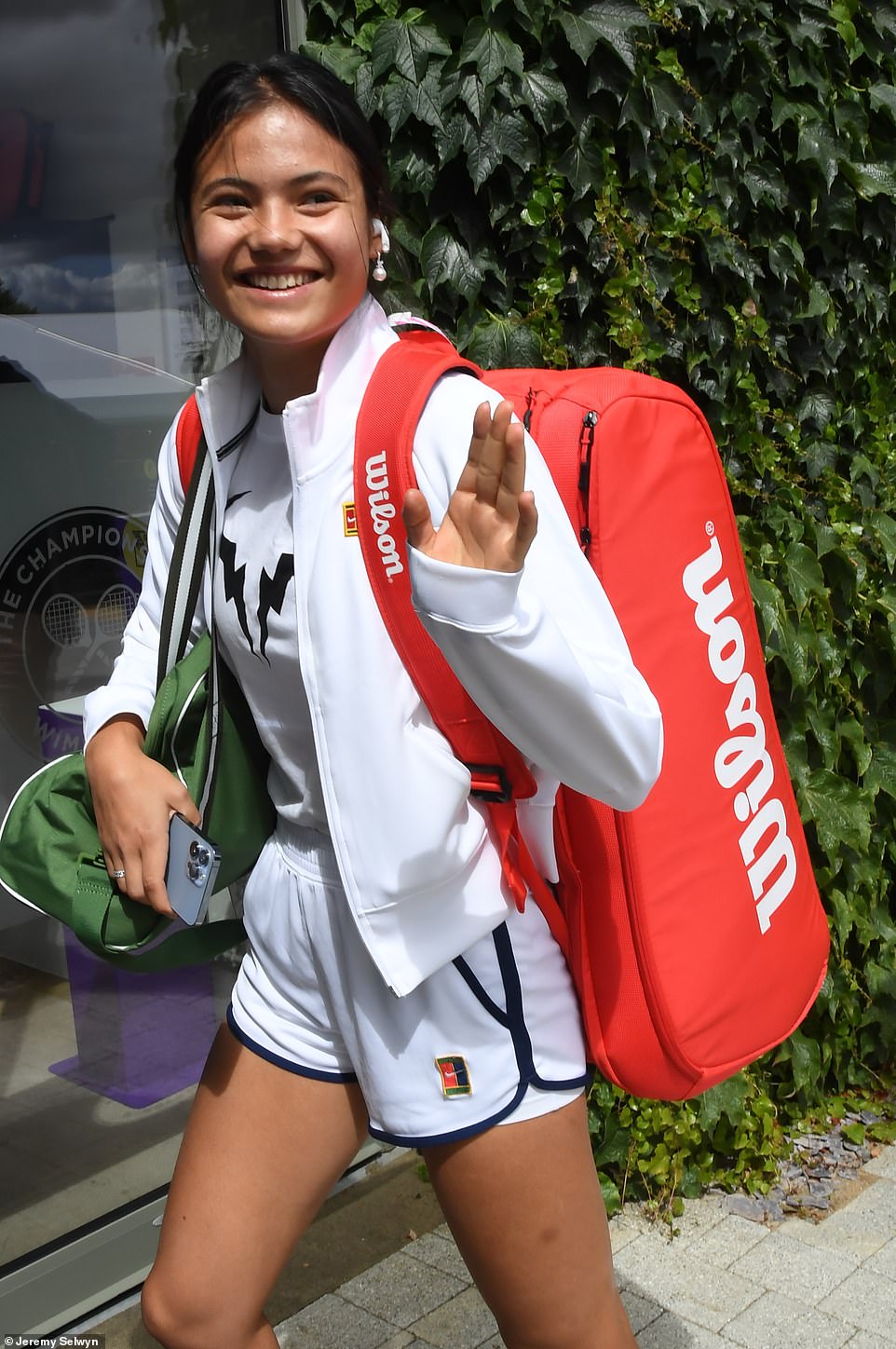 The Belgian is well-known for her excellent form on grass and has had a strong run into the championship, giving her an advantage over Raducanu, who has had recent injury concerns.

But the US Open Winner will hope to use the home crowd to her advantage – and as the match got underway the two young women were clearly pushing each other in a tightly-fought first set.

Now without a permanent coach, Raducanu has been seen training at Wimbledon with Jane O’Donoghue – who played a prominent role in her development between the ages of 13 and 17.

Raducanu was forced to retire from the Nottingham Open earlier this month after said she felt pain in her left side from the moment she served in her first round match against Viktorija Golubic.

She took painkillers and was laid out flat on court for treatment during two change of ends, later declaring that she would seek a scan – which left her involvement at Wimbledon hanging in the balance.

However, the Brit reassured fans that she would be able to take on Van Uytvanck after completing a solid training session on Saturday.

And she said she will be ready for centre court, telling reporters: ‘Everyone out there wants me to do well and are behind me and they are going to be cheering.’

Sir Andy Murray will follow her on to the show court today.

Meanwhile, Raducanu’s grandmother is unable to make the journey to Wimbledon from her apartment near the centre of Bucharest, Romania, because of fears over Covid.

But the retired teacher, who has never seen Emma play professionally in person, says she will not even be tuning in.

‘I won’t be able to get to England but I can’t watch her on TV either, my heart can’t take it,’ she told the Daily Mail. ‘It breaks my heart to see her pushing herself so much.

‘I feel for her when I see how much effort she has to put in and I get stressed. I don’t want to send her any negative energy, I want to put out only positive thoughts.’

Instead Mrs Raducanu watches the matches of potential opponents. ‘But I will be there for her in spirit,’ she added.

‘I encourage her all the time. I talked to her recently over video call. I told her, ‘God will help you do what you have to do’. I send her my best wishes.’ 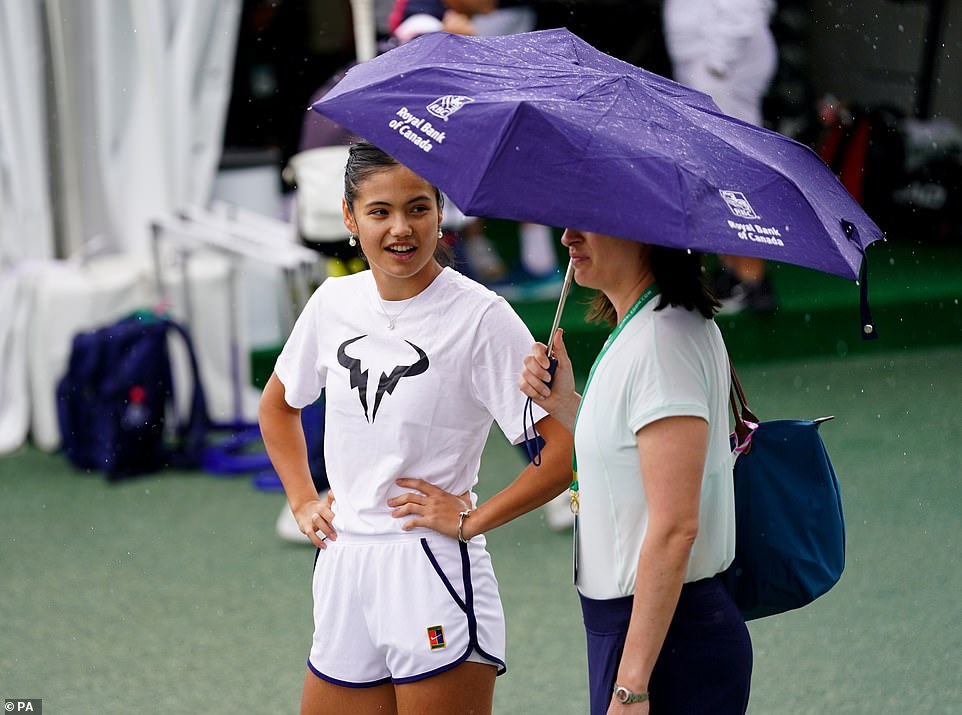 The British No 1, who was seen sheltering under an umbrella wearing a Rafael Nadal t-shirt, will make her Centre Court debut in a tough opener against Belgian Alison Van Uytvanck

The loving grandmother added: ‘If she won’t win now, I will also be there for her reassuring her that things will be better next time.

‘I am proud of what she has accomplished but she still needs to gather more strength.’

She is confident Emma’s Wimbledon will not end as it did a year ago when she retired with breathing difficulties in the fourth round. ‘Now she has a big medical team who check everything,’ Mrs Raducanu said.

She has discussed Emma’s fitness with her son Ian – the star’s father – after the teenager pulled out of the Nottingham Open with a side strain. ‘He said it’s nothing serious. She is ready for Wimbledon,’ she said.

Emma has not seen her grandmother for almost three years because of lockdown and her schedule. ‘But we talk a lot…. and she sends me presents,’ added Mrs Raducanu.

Woolworths booster: Customer shares how she scored a shopping haul for FREE

Texas looks to ban residents from leaving the state for abortions, NY looks to...

Love Island’s Amber Beckford has a famous ex-boyfriend and she may discuss ihimn the...