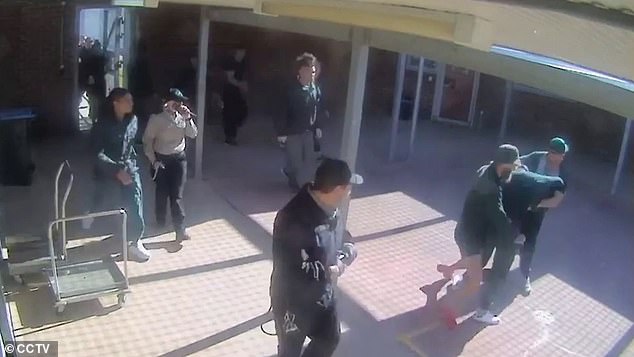 Shocking CCTV footage shows a brutal prison bashing that landed a feared underworld triple-killer back in court after the jailhouse fight with an inmate.

Gangland assassin Siar Munshizada, 33, was caught kneeing and punching a prisoner in the head on CCTV security footage of the prison yard fight at Parklea jail.

In the video, Munshizada can be seen in a reversed green cap walking and talking with inmate Stephen Stanley before the bust-up erupted.

Another inmate grabbed Stanley attempting to interrupt the fight before Munshizada continued punching his head, reportedly ultimately knocking Stanley to the ground 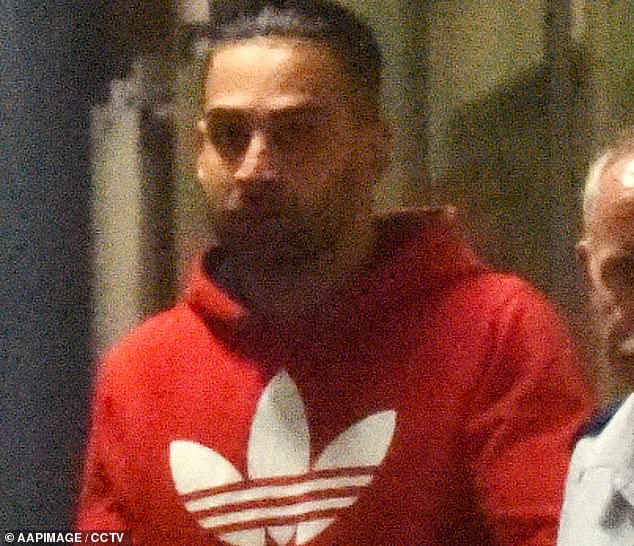 The pair suddenly squared up to each other before exchanging savage blows which Munshizada safely ducks.

Munshizada tries to grab the other man by the head and knee him, before landing a relentless series of brutal uppercuts to his face.

The 24-second attack only comes to an end when another prisoner attempts to break up the fight.

The court heard Stanley ended up on the ground out of shot and his head was then stamped on, but it was not known who did that.

Sydney District Court was told the ‘dog eat dog’ nature of prison was behind the fight, according to the Daily Telegraph.

Munshizada insisted he was acting in self defence, and the court heard he told a psychologist: ‘You look like a weak target if you don’t defend yourself.

‘There was no time for negotiation, no walking away from the situation. I didn’t know what he was going to do and I wasn’t going to take the risk.’

The brawl occurred as a group of inmates made their way to the prison chapel and earned Munshizada an additional 11 month sentence after he was convicted of affray over the September 2019 incident. 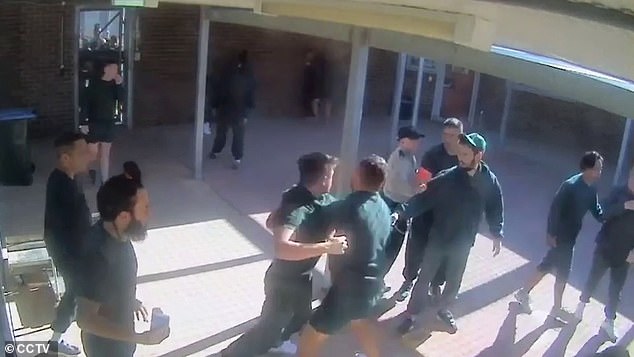 Stanley escaped with just a six month sentence for the fight, but Judge Alister Abadee told Munshizada he got a longer jail term because he hit his rival while he was being held down.

The jailyard blow up erupted just four days before he was sentenced last December for the triple killings.

Davey, a Rebels enforcer, was shot dead in the driveway of his home in Kingswood.

Yilmaz was shot multiple times when he returned to his car after visiting the home of a Comanchero bikie.

He then staggered behind his car to curl up in the gutter, before the gunman stood over Yilmaz, firing a shot into his head from close range.

The court heard both men ‘shared the arrogant and immoral belief they had the entitlement to ‘extinguish the life of another person’.

Nothing To See Here. Just a Bunch Of Us Agreeing a 3 Fundamental Ремонт...

Harry and Meghan honored at RFK Foundation’s gala for stance against structural RACISM of...